INNFINITY
Home Limitless Prem Behari Narain Raizada, the man who elevated the beauty of the... 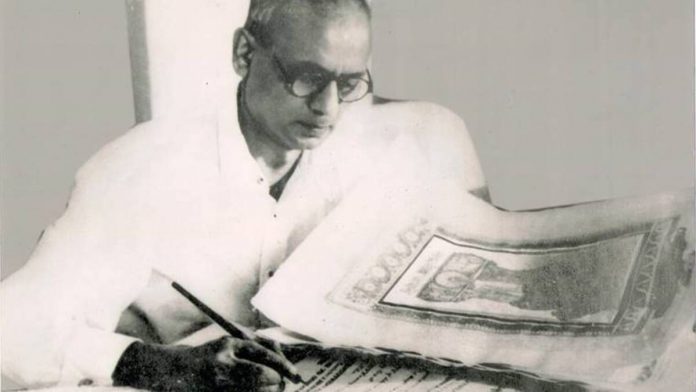 A myriad wonder of sorts, with ethos interwoven into the twines of what would come to be the identifying forte of a nation, amped up by aesthetics unparalleled, whether it be in scripting or in illustration, the constitution of India is more than just the longest written constitution of the world. Indeed for the world’s largest democracy to sum up the many principles it would seek to live by, in sync with its vision for a land that sees unity proliferating through the diversity it encompasses, the supreme lawbook of India had to be the most elaborate, the most democratic and parallely also the most borrowed of all documents that could aptly cater to the governance needs of a country as huge as the one that attained its independence on 15th August, 1947. And while the phenomenal relevance and exemplary foresight that found place of prominence amongst the pages of the Indian constitution has made it in fact one of the best among all countries of the world, it also is as much the spectacularly captured rich heritage of the country that finds expression in the most artistic manner across the pages of a monumental document beautifully done up in a sublime calligraphic font that makes also the Indian constitution a truly exceptional wonder to behold.

While the process of drafting the Indian Constitution had been a long, elaborate process worked upon by the Constituent Assembly, it has been the Drafting Committee Chairman B.R. Ambedkar who is credited as being the Father of the longest written constitution of the world. But the person who wrote it, quite literally, happens to be a figure not so much explored about in history even when the efforts made by him to bring out the final manuscript of the all important document had been just as extensive. A masterpiece of art, as much of the landmark constitutional supremacy basis around which it came to be, the Constitution of India was calligraphed impeccably by Shri. Prem Behari Narain Raizada. Hailing from a family of calligraphers, Raizada was born on 17 December 1901 to Brij Behari Narain Raizada of Delhi. Originally from Rampur, the Raizada family was headed by Prem Behari’s grandfather Master Ram Parshadji Saxena, a calligrapher himself and a scholar of English and Persian, teaching even the latter to British officials, who brought him up along with his brothers after a young Prem Behari lost both his parents. Trained in the art therefore by his grandfather as well as by his uncle Mahashya Chatur Behari Narayan Saxena, Prem Behari went to St. Stephen’s College in Delhi, where he continued to refine his calligraphic skills.

Graduating eventually to become a master in calligraphic art, Raizada was approached by Jawaharlal Nehru himself with the proposal of handwriting the completely drafted constitution in calligraphic style, which Raizada agreed to do in exchange for absolutely nothing. Steeped however as he was in the pride bearing of the legacy of his illustrious grandfather, the man did indeed ask for something more valuable instead. Raizada sought to write his name on each page of the constitution and include his grandfather’s name as well on the last page in the 251 pages long manuscript that he painstakingly etched out over the course of six months, in a flowing italic style of calligraphy. Comprising a total of 395 articles, 8 schedules, and a preamble, the task was completed by Raizada in what is today known as the Constitution Club of India but what had then been just a room in the Constitution Hall. Using up 432 No. 303 nibs that were affixed to a wooden holder and dipped in ink-pot for the writing, the best calligraphic tradition of the country that was employed to pen out its constitution saw elements of of goldy leaf and stone colour having been used in the scripting process by Raizada that saw completion on 26 November 1949, presented by him to the then Indian President Rajendra Prasad. It was this hand written document that was signed by all members of the Constituent Assembly in 1950 and that which finally came into effect as the full and final Indian Constitution, albeit with provisions that still allowed for modifications and alterations keeping in view the fluid nature of a democracy. Subsequently telegraphed and published through photolithographic technique at the Survey of India office in Dehradun, the thus illustrious constitutional story of a free independent India saw one of the most magnificently monumental pieces of ‘civil art’ come to life with a definite flair of its own to narrate profound realities of sovereignty, partly thanks to the visually pleasing capabilities of its notable calligrapher. 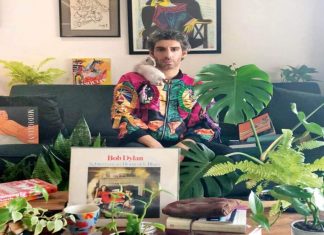 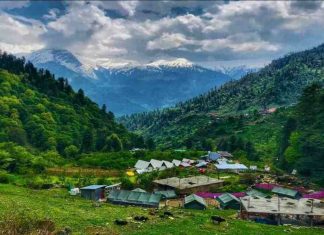 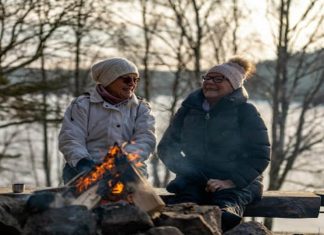 Brace yourselves for winter the Norwegian way with Friluftsliv