You cringe on them through any and every encountering of this particular ‘genre’ of humour otherwise more than potent in their amusing rendition but it is their rooting in the ‘love it or hate it but you can’t ignore it’ adage as a staple of the jocose kind that makes dad jokes so winning an universal reference when it comes to eliciting the groans if not the grins. Well, wincing should be what would fit in more with this sly scheme of things attempting to pass off as humour over the winning prejudices of it but believe it or not, dad jokes still account for a definite laugh line etched on the faces of those regularly bombarded by such defiant attempts at humor. For even in all their frowned upon facade of the functionally not funny familiarity, dad jokes still refuse to die down despite their dwelling in the wry winces of what humour possibly should not be.

The classifying of dad jokes should be rather basic and as universal a non task in dismissal- a joke not per se but one that is delivered with a conviction in its potency, even when that stems from the appallingly unoriginal grounds of its origin. Typically relayed even in the definite knowledge of its non existent or at least unappealing sense of humour, usually by middle aged men who also double up as dads, dad jokes are a definite straying away from what one would enjoy as the ultimate exploration of the standards in witty, amusing, entertaining essence of what induces those peals of laughter. Perhaps alluding to the need felt by ‘uncool’ dads for validation from their children had been what sparked the eruption of this particular barrage of jocular attempts at some point of time in history. But the continued popularity of them, even when catering instead to the ridiculous, nonsensical, offsetting in fact recipe of success firmly establishes the gentle (non)humour of dad jokes as a ‘beloved’ proposition upon which all dads of the world lay undisputed claim.

This tendency of dads to appease their younglings by pursuing the dry diffidence of the droll, as an eccentric endeavor perhaps of their way of parenting might be as old as the history of fathering itself. Or at least the tendency to come up with jokes uncharacteristic of that identity in essence would be furthering of reaches rather remote in what they occur as across cultures and in languages not amounting to the English etymology of their interpretation. But as far as the distinct identity of them today in all universality is concerned, ‘dad jokes’ as an entity of their own prominence first found mention in 1987. These intentionally not funny deliverances in precise promptness in fact unfurled in this first documented instance of their referring upon the premise of advocacy rather than the ridicule of which they are typically (dis)regarded in.

Of perhaps anonymous evocations originally had been this debut upon the pages of the Gettysburg Times in its June edition, appearing as a rather emotional exaltation of its understated ‘dignity’ under the headline “Don’t ban the ‘Dad’ jokes; preserve and revere them”. As a wordplay tradition that has been ‘making kids and wives wince’ to quote indeed the profound sentiments of its writer Jim Kalbaugh who penned down this piece in printed preservation, dad jokes have been ruling existences ever since as eternal elements in awkward awarenesses of their definite calling for the eyeroll exasperation to follow in all universality as well.

Their deigned disregarding in essence notwithstanding though, dad jokes are always told and retold with a very palpable assertion of enthusiasm in such obviousness of their fate to fall flat that is what perhaps makes them all the more irritating for the ones routinely bombarded by these puns in pure pointlessness. Whatever their extent of (dis)popularity though throughout the times, the term ‘dad joke’ itself wouldn’t come to be command as much popular understanding at least a good decade and a half after its etymology had been established in 1987. It was only with the turn of the millennium that the definite identity of this genre of what could more appropriately be considered as anti jokes took root. Spreading widely in the 2000s and taking upon itself a greater purview in interpretation by the end of the first decade of the 21st century would be these corny and cheesy one liners that by then had already come to be in the alleys of popular culture. But it wouldn’t be until as recently as 2019 that ‘dad jokes’ managed a more linguistic essence of residing with its inclusion into the Merriam- Webster dictionary.

The mockery that dad jokes have been made to endure all through their meandering across the trails of time and the spans of space might make them appear as a sad state of matters to unfold. But it ironically is in this very basis of their identification, of being so bad that they are good and indeed also in their residing along the alleys of memories reminiscent of childhood times when they managed to evoke audible sounds of laughter on their first mention and at least barely decipherable but existing still signs of smile playing upon those innocent faces by then used to this weird expression of ‘love’ entailing from daddy dearest that dad jokes have by and large managed to hold the public psyche captivated.

Dad jokes are interesting- if not entertaining- not just in their alluding to the literal device of the irony playing out as part of their nature in exasperated embracing. They might as well be exploring of the oxymoronic essence of the lingual, as in such cases when they hinge deliberately on the heedless expanse of the absolutely stupidical scheme of things. Equally contradicting can be the fore of their working occurring in the ‘so bad it’s good’ assertion as dumb somethings you love to hate on, so much so that you can’t help but smile, visibly irritated indeed and flummoxed as well with those jokes of the not so just joking narrative.

Yet another lane of the language that dad jokes necessarily span but this time in a heightened take on technicality happens to be their playing out across a particular type of wordplay. Often relying on the potential of such words that has more than a singular meaning availed out of them in prominent prevalence and that which finds grammatical expression under the term polysemy, dad jokes also might end up unintentionally delivering lessons in language learning itself! In all their harmless, innocent almost occurring that classifies as some sort of a banter, these lame jokes when specifically entailing from the domain of the dads rendering them thus that definite distinction can also be a powerful assertion of the gentle nature of them even in all non importance. Pertaining therefore either to the premise of the properly lingual or exuding instead a vibe in utter fun if not an outright dig into the depths of the humorous are d(e)ad jokes that live on even in their conformity to deadpan continuity.

Beyond their popularity in hilarious non hilarity, dad jokes also shape out to be the cringeworthy concept that they occur as in their ‘purpose’ of entailing considerable embarrassment. Dubious might be their distinction within the directory of the dad doctrine but the additional reason why dad jokes bother no one more than their very own children would be the embarrassment that accrues to the dad joker ‘lineage’. It is a phenomenon no less universal that kids just happen to be embarrassed every now and then about some particular aspect of their parents’ very existence. And in expanding this scope of the embarrassment that kids everywhere feel so entitled to, dad jokes secure a victory far more significant than that availed out of any cleverly calculated strategy in closely similar context.

To believe that dad jokes are anything but humorous might not be a gross misstatement if one goes on to delve into the true ideals of such humor that is of the most sublime kind. But if allowing oneself to secure for their own the small and silly but significant still joys of life sums up one’s faith in humor, then indeed dad jokes need not allude so strictly to their rhyming resonance with the bad. Dad jokes after all aren’t dead yet and that itself speaks of some good enough reasons validating this eccentric expression of the uniquely humorous. 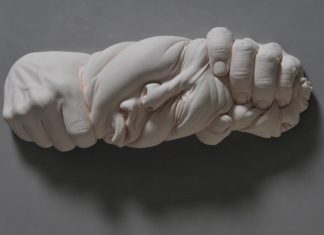 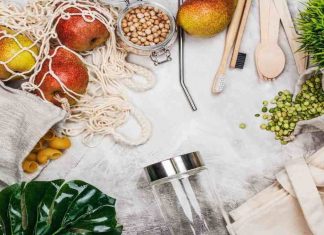