INNFINITY
Home Limitless Doodling his way through Googleverse- Matt Cruickshank, the man whose creations we...

Every single day, as the world goes about its business of celebrating one day or the other and as the people go on about their business of turning to Google for getting on through with life, what strives to keep us all in check is the magnanimity that this world changing and life defining search engine seeks to enlighten us with for the most of our lives.

Admit it, for most of us cracking the Google Doodle is among the utmost of ways to deciphering what day of the world it is like. Whether it be going green on Earth Day to sporting all the hues of game, whether it be the FIFA or the ICC World Cup, or be it celebrating pioneers on their days of significance to lauding exemplary achievements, Google is our calendar to keep tab on what will be governing us this day around.

The man behind these celebrations of whatsoever is worthy and concerns the entire world domain by Google is art director Matt Cruickshank who in fact credits the doodles for being “the cherry on top” for Google.

A graphic designer, illustrator and traditional hand drawing animator in England, Google isn’t however the only instantly recognisable work profile for Cruickshank. He earlier worked for Disney and Warner Bros. in London before making the move to San Francisco in 2012 to be the official doodler for Google.

With a daily world audience of billions, courtesy Google’s massive and ever expanding reach and user base, Cruickshank is easily one among the most ‘visible’ of illustrators on the public platform. His works reach out to an estimated 5.6 billion people, but more than this number it is the tremendous effort and brain that goes into reimagining and redesigning the same set of six letters every single day that is more a stark statement of the genius mind that Cruickshank possesses.

However while Cruickshank’s is the mind behind those instantly visible and engaging doodles of Google, he is not alone. Inside the Google office it is a mixture of artists and engineers who translate the everyday relevant designs onto the Google homepage, taking into wide consideration also the massive number of idea applications they receive from people all around the world.

Cruickshank credits this tradition of celebrating through the Doodle one of the ways that demonstrate the human side of Google. From still images to gifs, videos to animations, hosting interactive games to almost live doodles, Google and Cruickshank has done it all.

But doodling for Google isn’t the only thing Matt does. His love for graphic illustrations is also manifested in his blog Ye Crooked Legge. So much for the love of things in motion! Matt Cruickshank, Google indeed owes you a lot (of doodles)! 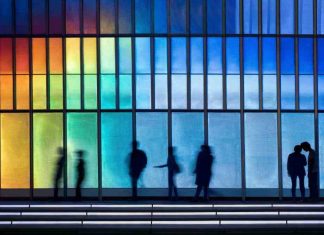