A virtue more than established, with its being accorded a status next only to the supreme essence of Godliness, cleanliness is one of the ideals that immediately establishes the image of a person. Hygienic people- at least the ones that manifest as such in their neat and orderly appearance of the physical tend to command a greater degree of respect and attention and all things desirable by virtue of seemingly harbouring this singular trait of the spick and span. Indeed, one cannot deny the positive impression that a clean being instantly creates upon whoever it is that they happen to come across. And there are definite positives as well to the clean person beyond their casting of favourable first impressions on others, accounting for their own living in good health and equally spirited a state of existence. The benefits of cleanliness are obvious in its very evoking as a trait second only to the divine devotion. And yet for all we know- or perhaps for all we don’t- too much cleanliness too might not be the absolute virtue to obsessively chase after.

While we would not be in any case able to dub cleanliness as a myth, simply because it really isn’t one, there are aspects of this practice considered so integral to healthy living and civilised existence that can make for quite a revelation in the not so conducive nature of them. Ironically still, the very basis of health that supposedly springs from the essence of being clean is not always adhering to this ideal commonplace in its perceiving as furthering the divine link. Because believe it or not it has been a fact rather proved through empirical observations and universal studies that too much a dedication to the cause of cleanliness might impair this very innate bodily functioning in upholding good health.

How cleanliness strikes this chord completely out of tune with its characteristic hum of hearty health is through an excessive downplaying of the body’s natural immune system. The resistance capacity of our bodies are weakened when it does not have to make an effort to ward off the potentially disease causing germs and viruses that are wiped away through as clean as possible a maintenance of ourselves and the surroundings. Over time, such excessive adherence to this particular lifestyle practice renders our immunity so idle in having to deal with virtually nothing that it loses any sense of its being and functioning. Exposing us therefore to a greater risk of diseases brought about by stronger germs and the like not completely wiped away by even the most impeccable of cleaning regimes and spurred further by the vestigial almost rendition of the immune system is cleanliness as its very root when entertained in obsessive compulsions as no less than a disorder itself.

Along with a diminishing immune capacity, cleanliness also perpetrates its weird assertion of negativity in a corollary stemming out of it. That relates to removing this time the beneficial microbes as well that live on our body along with the infesting agents, making us even more prone to falling sick. Compounded indeed by the already weakening immunity and too much of the clean pursuit can in fact land us up on square one.

Another not very wanted consequence of cleanliness happens to avail out of our own rather modern day stances in perpetuating this ritual in washing and bathing and scrubbing and moping. Inevitably, the many methods and techniques employed in cleaning up our bodies and houses and spaces and beings call for a relying upon such external agents that qualify as some sort and intensity of the abrasives. Whether it be soaps and detergents or even disinfectants and the like that for sure help us in our indulgence in the cleanliness attempt, every single synthetic product that we use everyday ends up harming our skin. And thus we experience very often issues of rashes and allergies and irritation as the side effects of our absolute furthering of the cleanliness pledge.

But the most conclusive evidence that we have yet in terms as scientific as possible in detailing the surprising negatives accruing out of something as virtuous as cleanliness is what is furthered by the hygiene hypothesis. The essence of this particular theory in medical assertiveness ultimately boils down to that same premise of too much shielding away from the germs and viruses ending up impairing in the long run our body’s natural defense mechanism. But what makes up this understanding in medicinal jargon a much alarming prospect in healthiness, or unhealthiness rather, is the additional peril that it harbours- or rendering the immune system obsolete to the extent that it ends up targeting our own selves instead in the case of occurrence of autoimmune diseases.

Presenting even appalling a case of the physiological is the fact that being clean to unhealthy extents of it only makes us more susceptible to these autoimmune diseases. And while the case for such virus borne illness might seem reasonable as well, quite perplexing would be the findings of more recent leanings that perpetuate cleanliness as a cause even behind conditions like obesity. The hygiene hypothesis might be a theory concerning mostly with the early childhood stage in limiting exposure to such agents of whatever it is that promotes human health by threatening to undesirably affect it. But given that evolution initiates from this very stage of the child form it is inevitable that cleanliness do end up impacting all of us in the long run in such manner that we might not have expected out of it.

Letting go the critical strand of core health for a while and exploring instead whimsical almost reasons against the cleanliness virtue too yields a few cases in its unnecessary furthering of the extremes. In this context, it might be worthwhile to dwell upon a very ingrained cleansing ritual that has for long been fuelling human interest over the desirability or otherwise of it, of course in excessive notions of it. But what makes this certain ground of exploration upon the clean premise an even intriguing and parallelly more perplexing area to consider is the essential consideration of it as being an essentially daily occurrence.

In fact even aggravated happens to be this specific everyday activity in its often indulged ‘goodnesses’ for well a couple of times regularly. No prizes for guessing that it indeed is the bathing practicing that we are alluding to in all universality of it. And while there might be a crowd of humans not anyway entertaining this idea of taking a bath every single day though in all ignorance of the facts and stuff, the point remains that bathing indeed do comes across as a necessary cleaning ritual that humans undertake for more purposes than one, albeit all catering in some way or the other to the dynamic definition of cleanliness.

As an act in washing the body with water and more than often accompanied by soaps or washes, bathing no doubt cleans the body of whatever it is that settles upon the skin while being also as purging a mechanism of the mind in its relaxing properties. But it isn’t just dirt and stress that taking a shower renders one free from. Also experiencing a loss is the natural moisture of the skin, leaving it dry and at times patched and cracked as well on account of the generally abrasive activity of the soaps. And this stripping the skin off the essential body oils and natural lotionesque agents does not just translate in an outward loss of lustre and an unwelcome altering of the skin texture. Again making their way out of the human body are also the good bacteria that supports the inherent immune capacity thus exposing us more to possible infections.

So overly indulged is this ‘fetish’ of the bathing kind that sees us compulsively turn on the shower every single day for at least one time that we far, far ‘outbathe’ the recommendation of just a couple or times or so during a week. What turns out is that the bathing frequency should be governed by requirements and not by customs and certainly not by a hackneyed understanding of cleanliness to emerge as really clean and absolutely healthy an individual in living.

Even in our proclaimed concentration in whimsy, we ended up exploring in depth the actual impacts of over cleaning. Proceeding to reasons indeed amusing leads us to such observations that has over time gained traction across online communities. Presenting a really valid point even in its almost eyeroll inducing explanation is the one that firmly believes that too much a desire for cleanliness only ends up draining the earth’s already limited resources- water, most assertively. And while one might brush aside as crazy this idea in making a case against cleanliness, there exists also other even ridiculous sounding roundups of why cleanliness might not be right next to Godliness after all. Whether that be relating to the concern that excessive devotion to emerging as clean physically tends to make us more finicky and dissatisfied over the generally prevailing ‘gross’ state of affairs or the notion that it unnecessarily eats up large chunks of our precious time, the buzz about cleanliness tends to get even murkier. 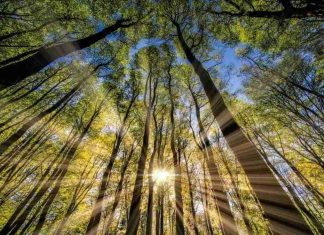 Kindling of the Komorebi 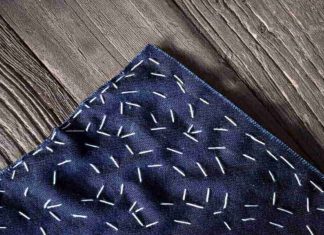 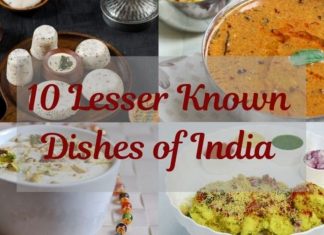