Death might be the inevitable truth of life but it still is the ultimate mystery of the world. Which is why perhaps the means of death recorded throughout history have been as eccentric as the ones it have befallen upon in all its amalgamated play of bizarre oddities. Historically eminent people have had similarly eminent deaths as well, that have contributed only further in making them all the more famous, and therefore immortal. And that perhaps is the irony of dying a death that is extraordinary and unusual, that it grants you an existence in the world perhaps otherwise inconceivable while living through life. Particularly for the ancient Greeks, this had been a truth as certain as death itself as many of its noteworthy personalities had experienced the end of their lives in equally noteworthy means. Here’s rounding up some of the most unbelievable ways in which people have died through the ancient times-

As one of the greatest artists in Greece during the ancient times, Zeuxis came up with his own innovative methods of dabbling in the arts. In departing from the usual method of filling shapes with colors to rely instead on the play of light and shadows to create volumetric illusion in his paintings, Zeuxis brought about a surge of depicting illusionism in art and went on to paint numerous remarkable works around this trend. Intensely lifelike and realistic therefore were many of the paintings painted by this 5th century artist, with anecdotes abounding about just how surreal his works of art were. For instance, the grapes painted by Zeuxis in one occasion seemed real enough to have real birds pecking on them. Equally modest had been the exceptionally talented artist when it came to accepting defeat against compatriot Parrhasius, making him therefore a rather remarkable figure of ancient Greece with his own tales of relevance to relate.

No less famously convincing therefore had been the manner in which Zeuxis embraced death as well. Commissioned by an old lady to paint a picture of the Greek Goddess Aphrodite for which she set out to model as well, Zeuxis apparently died from laughter induced by this rather mismatched attempt at modelling the divine beauty, slipping into an uncontrollable fit of laughs so continuous to suffocate him enough to lead him to death!

A champion pankratiast in the ancient Olympic Games, Greek man of repute Arrichion’s life long endeavour with the game he mastered effectively ended with his death that also was inextricably related to it. Described as the most famous of all pankratiasts, the legendary player of this ancient Greek martial art enjoys also the distinction of being perhaps the only dead man to have ‘won’ at the games, or perhaps at any game whatsoever. Having reigned as champion at the 572 BC and 568 BC Olympics and seeking a hattrick at the games in its succeeding edition, Arrichion went all out against his opponent in the final game who however managed to get the fancied Greek into a chokehold.

A wilful Arrichion however cleverly broke out of this position of disadvantage by pretending to black out and thereby shaking off a relaxed opponent, considerably spurred also by the weirdly ‘motivating’ talk of his trainer. And while his tactic worked in granting the defending champion the win as his opponent, reeling in pain from the unexpected attack signalled his conceding of defeat, the throw off force of the countermove proved to be fatal for Arrichion himself who ended up breaking his neck under impact of his own onslaught. But with the opponent already submitting to defeat, it was still the legendary Arrichion, albeit dead by then, who went on to be proclaimed the winner.

The first emperor of a unified China, Chinese monarch Qin Shi Huang had other qualms of life to attend to apart from his reign over an entire empire of growing prominence. In his decade long rule as the emperor, the founder of the Qin dynasty not only established China as an empire but also proceeded to commission the construction of what would go on to be famous as the Great Wall of China as well as heralding the artistic phenomenon of the Terracotta Army, all while foiling three assassination attempts that perhaps spurred his personal belief of his immortality or alternatively might have pursued him to obtain an elixir that would grant him the continuing gift of life. Ironically though, it had been in such explorations of an invincibility in the face of death that had Qin Shi Huang meet his end somewhat prematurely perhaps.

Going quite outlandish in his quest had been the emperor who sent out ships full of unwilling men and women in search of some magician on a mystical island who would bring to him his coveted potion of life. But it was no magic concoction that made its appearance before the king but rather several pills of mercury that he ended up ingesting instead on the insistence of his court physicians who assured their Majesty of being granted with eternal life and good health ever thereafter.

The first recorded legislator of Athens within ancient Greece, Draco should have been more infamous than famous for his scripting of many a draconian law (the term itself is a derivation from the harshness of his regulations) that advocated death as the absolute punishment for even the most petty of crimes. Yet, despite the existence of all grounds for his popularity to not be a matter of mass frenzy, Draco instead commanded a stature that earned him the admiration of legions of ancient Greeks who bestowed also all their love upon this creator of the namesake Draconian Constitution in very visible shows of veneration. Unfortunately though, it was in one particular such instance of showering of love in profusion upon him that Draco perished in life under the weight of his immense popularity among the Greek masses. During a visit to the Aeginetan theatre, a much celebrated Draco came to face such tremendous applause from the masses who demonstrated their approval of the lawmaker by crushing him under the weight of their tokens of appreciation of a barrage of shirts and cloaks and hats eventually pulling him down to death.

The father of tragedy, ancient Greek author Aeschylus’ life had been no less a tragic turn of events as well. As the greatest playwright of ancient Greece who made greater provisions for actors to take on roles within the realm of the dramatics, Aeschylus however had been a rather dynamic figure whose self penned epitaph dwells instead on his role in the Greek victory at the Battle of Marathon. No any less dramatic had been the manner of death of this legendary personality as well who resorted to staying outdoors one particular day to foil the prophecy of him being killed by a blow from heaven. Instead he indeed was killed by a blow, except that it was exerted not by the heavenly powers but by an earthly interjection of an eagle who dropped a tortoise on Aeschylus’ head to break open the shell of his prey but ended up breaking the skull of the human and causing his ill fated death instead.

The Greeks perhaps favoured laughing themselves to death as a means of eternal fame which is why so many of their illustrious personalities have embraced the end of their lives in many a fits of the laughs. No different had been the foreteller of events blessed by the Greek God Apollo himself, Calchas who laughed himself to a similar fate as many of his contemporaries. As someone who could predict the future by observing the flight of birds, Calchas had a rather distinctive legacy of accurately prophesising a range of important events during his lifetime, going to be also as prominent a figure in literary history, having first made his appearance in the famed poem Iliad.

Whatever that might be though, the manner of his end was also such that was related to a prophecy that was fallacious though it wasn’t one made by him, rather being one that was made on him by a rival soothsayer. The prophecy held that Calchas would never get to drink wine from some grapes which he had planted but indeed the grapes ripened and were made into wine, the tasting for which Calchas invited his rival before lifting his cup and breaking out into a spree of laughter so hard it choked him to death. Turns out that Calchas probably did not get to taste his own wine perhaps, dying therefore on a prophecy that indeed held true then.

A prolific writer, ancient Greek stoic philosopher Chrysippus wouldn’t readily occur to anyone as a man light hearted enough to have lost his life to a laughter fit induced by nothing particularly and so intensely hilarious. ‘A man of exceeding arrogance’, at least as per the ‘adulation’ accorded to him by his fellow people, Chrysippus had his own twisted sense of humour which perhaps was what brought about his death. Unconventional also in his abundant presence at parties and feasts well into old age, a 73 year old Chrysippus met his end at one such public rendezvous of the food and the drinks when, drunk on a rather potent pouring of undiluted wine, the illustrious Greek witnessed a donkey eating some figs, an incident in which he deciphered much humour particularly in his own inebriated state of existence, thereby crying out: “Now give the donkey a drink of pure wine to wash down the figs” and proceeding to laugh his own proclamation with such uncontrollable adherence to the delirious that he passed out from the following fit of laughter soon thereafter.

Ancient Greek philosopher Empedocles died a death perhaps fitting of his legacy of purported immortality that arose from his too boastful a view of himself whereby he had little qualms about referring to himself as God himself. Armed though with a bastion of powers that he believed lent him the ability to cure diseases, defy age and control the weather, this another of the multitalented personalities of the Greece of times redolent with many a skillful citizens earned him widespread acclaim and emphasised further his belief in his divine status, working upon which he embarked on a rather daring but surreptitious claim still of immortality. Legend has it that the gifted genius and polymath, upon successfully curing a woman who had been resistant to the treatment of all others who had set out to relieve her of her ailment, made a rather ‘victorious’ journey to the volcano Mount Etna, commanding along with him 80 other men who would go on to watch his feat of jumping into the mouth of the active volcano in the hope that his immortal godly status would be verified when he would emerge un scathed. However, that was not to be and the blazing flames of the volcano very readily engulfed the veritable pool of talent into its folds for ever. 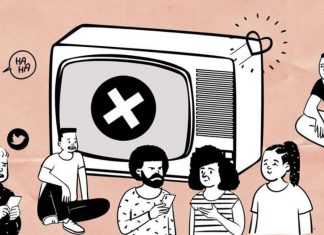 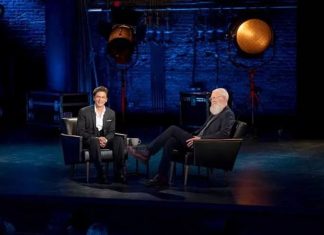 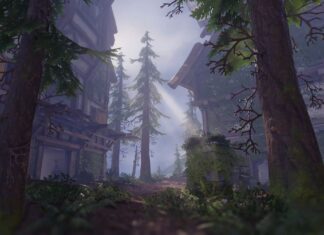 Serving glimpses of the German beauty through its iconic identity of...