You don’t really expect a style icon to emerge from a Presidential inauguration that holds the potential to make America great again, do you? But with the newly elected Vice President of the United States, there is more than enough scope to expect the dawn of a new era, politically or otherwise. With Kamala Harris etching her name in the history books as the first woman, first African-American, and first Asian-American to serve as vice president of the most powerful country in the world, it isn’t just a legacy of her own that she is scripting. In tow also is another female, perhaps no less trailblazing as Harris herself even though she only is the step daughter of the woman serving as the first ever Second Lady of the United States. With Ella Emhoff, the path ahead to glory would likely be no any less spectacular than the one leading her ‘Momala’ Harris to an unprecedented position of power in history.

Despite however her growing emergence as a fashionista, Ella Emhoff is no diva treading the terrains of style through mere means of the aesthetic. Also equally rooted in the conscientious image of herself is a 21 year old even though it might be her sensibilities of style that gained her all the attention during the all important event. A model, artist and fashion designer, Ella Emhoff is the daughter of Harris’ husband Douglas Emhoff and former wife Kerstin Emhoff. Currently a fourth year student at the Parsons School of Design in New York City, where she is majoring in fine arts with a concentrated focus in apparel and textiles, Ella was brought up around politics along with brother Cole Emhoff. While that might or might not have spurred her into developing an identity of her own, it sure is certain that the millennial lady refuses to rest merely in her privileges, with such views so rooted in her integrity that establishes her credibly as being popularly referred to as the First Daughter of Bushwick, the neighbourhood in New York city where she lives. In her popular image as of today, Ella is being hailed already as the new face of fashion.

What helped with this heralding of Ella among the young brigade of the newly elected leading forces of America is her stark take on fashion during the presidential inauguration that had been a standout even by its ordinarily prominent status. Sporting a Miu Miu fitted waist, checked pattern coat that was truly a vision in its large white collar, and the most phenomenal in its a sea of golden sequins on the shoulders, this assertion of style by the new second daughter of the United States was a radical departure from what is expected of the families of diplomats, particularly when they happen also to be among the newly elected heads of the state.

Venturing beyond the stately demands of the subdued to rest in a style that standouts even in its singular elements of the hip blitz, in conformity to what defines her personality, Ella made for a statement that silently sounded the buzz. Beyond being a choice of the personal however, in even her rather conventional donning of something that still manages to shine through, the designer pick by Emhoff created quite a stir because of how commonly it represented the style of the masses, even in being a high fashion appearance. In her refusal to confirm to the solids on the color spectrum or the cuts dwelling in the conservative, a really out there Emhoff embodied the new gen spirit in true fashion, defining or rather redefining perhaps what seems like an unprecedented period of democratic rule in the history of what has been encountered by the Americans. No less impressive is Ella’s decision to turn up with a head full of her curly locks, held in its ‘natural’ place with a black Loeffler Randall headband, not ironed and blow dried, neither prim nor proper, rather natural and more importantly in an assertion of her choice, once again. Equally iconic already is her designer Batsheva Hay dress, a retro, maxi red prairie pick with long, puffed sleeves that Ella also co designed, in an extension of such style awareness that reflects through her Instagram.

Indeed as a Gen Z individual who has devised social media to be also her mode of expression, what reaffirms Ella Emhoff’s identity, and therefore her surging popularity as a breakaway from the entire clan of perhaps reserved and supposedly out of the league perception that bureaucratic designations cater to, is her daringness to come out as her own, even in a world that solemnly expect her to cater to standards. Catering also to her own standards of being the truest version of her self is also her no holds barred display of her armpit hair, that which she refuses to shave as is her inking of her own tattoos that unveil a side to her no less unconventional. As a designer herself, Ella’s Instagram handle is a melange of such colors that stem from her quirky understanding of fashion. Particularly with knitting, Ella comes across as someone with a really aesthetic bent of mind, as is evident from the very striking creations that peek out from her impressive display on social media. She dreams to have her own knitwear brand, with pre made and custom made pieces to sell out, which she already has done through commissioning of her work on her website. Also up for sale are ceramics, paintings, and drawings that are a draw from her equally remarkable talent as a painter. Also a model, recently signed with IMG Models who boast of big names like Bella and Gigi Hadid as well as Kate Moss on their ranks, the fashionista image of Ella Emhoff is nothing new to her identity, except perhaps the fact that she hadn’t always been a global- or even a national phenomenon to this extent.

But while all her assertion of style and fashion has augmented for Ella an image of her person that is anything but conventional, the uncovering of many an intriguing element of what defines her isn’t limited to the physicality of it. Sure, she might be exuding ‘a cheekiness and a joy’ that has earned her the IMG Modelling contract but beyond what she does in her talent, is what she chooses to stand for in spirit that makes up the entirety of just how humane an individual she tends to be. Even in the lauding she has guaranteed in her tremendous potential as a professional or the show of her values in person, Emhoff surpasses them all in the vehement assertion of her realising herself as a part of the woke generation.

A supporter of LGBT rights, particularly as an advocate for the rights of the transgender population, remarkably even when stepmom Kamala Harris had had a rather conflicting view on matters pertaining to such. Whatever that might be, Emhoff associates herself closely with such causes, even organising a knit pants raffle on her Instagram as a means to raise money for the black, trans-led collective For the Gworls that fundraises money to help black transgender people pay for rent, gender-affirming surgeries, travel, and medical care. Affirming her alliance to the community that which she says is hugely important for her, Emhoff stands by its people and is as dedicated in her firm belief also in standing for an increased representation of women. A member of The 3% Movement that is an organization focused on increasing the number of women creative directors in the United States, this young gun hailing from a woke era of activist models is more than someone resting in the distinguished shadow of her stepmother. Equally supportive has been Ella of wearing face masks as a method to prevent the spread of COVID-19, that which is particularly remarkable in a country like the US that has seen an appalling flouting of norms even in the outbreak of the global pandemic. In syncing therefore with her stepmother’s beliefs that go beyond the lines of the political and in seeking out liberties that might not really have accorded to her had she not made it a point to claim them on her own, Ella Emhoff perhaps is the woke fashion icon America did not know it needed. 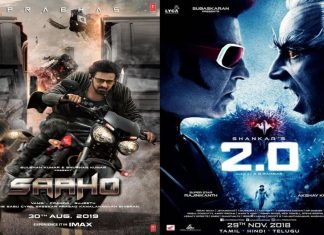 Indian movie stars who made heads spin with their staggering charge...