INNFINITY
Home Limitless Of Kummerspeck and Eating against Grief There are certain things in life that occur to us in their most natural state, so innate in fact that you have to end up playing along to them- there really is no escaping the clutches of such continuances of tendency that governs human life. And mostly in terms of what governs the emotional is this propensity to yield into the whole gamut of what happens to be compulsively irresistible. Residing in this spectrum of what makes up the vast array of feelings that has us classify as human, albeit in different stages of the perception, are two very overwhelming facets of our existential stupor. Residing on one hand of this emotional awareness is something as self obsessed as a soliloquious grief while on the other is something as essential as food, though mostly in its indulgent less-substance, more- shimmer prototypes.

As entities that seemingly have nothing in common, or rather perpetuates only with such contrasting commonalities that sees grief eat away the soul while the soul savours some degree of solace in the mighty morsels of food, these two stavers of life however find their paths intertwined more than often, with each parallelly emerging to be as much of a complement to the other as they are antidotes. It isn’t anything particularly uncommon perhaps to each one of us as individuals that we had whiled away a day’s entire quota of meals, or at least some part of it, over some serious sinking in grief that life had pushed us into. Because when the tears well up and the heart bears down with the weight of boundless grief blinding us to the many worths that life continues to hold despite everything, the first thing to leave our worldly beings is surprisingly our appetite.

Not just grief however, this ditching of the plate of the fuel that drives life is something that is an instant, almost instinctive reaction to also a plethora of other (negative) emotions that we embrace. Be it being upset over something or harbouring a recurring state of that miserable loneliness that has us feeling empty or even at times just to prove our (rightly so in place) point, we do it all most proficiently by waivering off all of our dependence on food. For reasons best known to us, or perhaps unknown to us, both being equally likely propositions that underline once again the complexly unpredictable human predicament, food is the first thing that is the poor bearer of all our fits of convoluted emotions.

However, it isn’t just the range of shuns and abhors that food has been able to generate in the paradigm of the emotional when it comes to the instincts of man. Sure, a fear of food or foods is very much as natural an occurrence as are the many other phobias that come to characterise the domain of human conditions from time to time. And so are such infirmities as anorexia that stem of such abstinence from food for any reason whatsoever but encompassing mostly the crucibles of emotions. But surprisingly and no less significantly is the resting of this food dilemma in a span of what might very well be a different universe altogether.

Acknowledging therefore the parallel shift of the range through which food crossovers to emerge this time not as a means of denial but rather as a way to (over) acceptance of whatever characterises your human dilemma at the moment is another equally gullible and fallible exploration of something that is the very means to life. We are referring this time to something that caters to a strata of emotions leaving us a bit too dependent on the food indulgence. Termed as emotional eating, or more appropriately emotional overeating, what however drew us into exploring this not any less known ‘importance’ of the gastronomic, diving rather into the gluttonous aspect of it, is not really a desire to make sense out of this correlation. Or not even to wonder how it manifests. For as absolutely ‘normal’ human beings trudging along through their fate of the life debacle, we all have been party to that surprisingly frequent ‘once in a while’ kinda overdependence on food. Finding ourselves drowning in the deep entrenches of sorrow and remorse and despair and anguish and a whole lot of what makes up that never elusive space of grief, we seek comfort in the diverse deliciousness of food. Which perhaps would not have been any matter to hanker over had our grieving selves would have managed to draw parity amidst the realm of what is healthy and tasty as well. But the greedy fetishes that define our sinner human identity means that we dwell continuously, invariably and compulsively on only the sinfully delectable trails of an epicurean hazard.

It however still is not this insatiable urge to devour only but every thing indulgent that has us spelling out a whole essay on emotional overeating. Rather the context on which our today’s rambling on this serious psychological condition of the mankind finds affiliation with the literary. Specifically the German literary encapsulation, though what we derived therein as a draw to the emotional overeating range comes across as one rather amusing in its verbatim basis. That singular trait of humour that runs large across a wide many explorations in the German linguistic front is no less particularly apprehended in also this particular term that caters to the appalling doctrine of this emotional mess. Kummerspeck sounds already like a word distinguished enough in its ability to rake up a laugh riot but not quite in embracing its disparateness, even in the innuendo of it. Translating literally as grief bacon that which is more than apt an adage for something that encompasses the elements of grief as it is pairing it with the scrumptious but dare we say, ‘sordid’ strips of bacon, kummerspeck evokes quite right the idea of what emotional overeating essentially is. And yet, it is this very literal might of this word that the Germans use, quite so often, in connoting the idea and perils of emotional overeating that renders it almost profane in its leanings.

Referring to the extra weight you might put on after a bout of emotional eating that might pertain to a wide range of the feels that has you in the dumps, grief mostly but extending also to other morose aspects of the human emotions like boredom, melancholy, despair, emptiness and even such bouts of jealousy and the like that lets us perceive ourselves as lesser beings, kummerspeck takes on the figurative aspect of this proclivity to seek recourse to the comforting lure of sugary and fattening, sinful and unhealthy doses of food. For indeed when the soul is in turmoil, you cannot expect to purge it of its misery by coaxing it to munch on the bright orange of a carrot as it is. Instead you reach out for that whole decadent carrot cake sitting pretty in the counter, ravishing of course in its pretty carrot essence but enticing in its ladles of sugar and butter and cream and all such things that smack of deliciousness and that smacks you back in the health. You call it your comfort food but deep down you know that this is at best a guilty pleasure. No less atrocious, as far as your health would want to scream it to you, is the German reference to bacon, not vegetarian or vegan like the dainty looking, pound weighing girth of the certain carrot cake that you finish off quite effortlessly in one go, but slender strips of a meat laden with all the lard that weighs down on your heart already heavy with grief to open you up to a dual world of bringing your own ruin. You think you are compensating yourself for the wretched life that you are doomed to living, in the process leading yourself instead to a life that will only doubly screw you up, physically as well as emotionally. Emotional eating, that is overeating in almost all cases perpetuates even more miserable a cycle of grief because not only does it not achieve anything in terms of devising a practical way out of the emotional loop you find yourself in. On the other hand though it perpetuates a cycle of unhealthy eating that conditions your body and mind to start craving for all those pounds of sweet to the tongue, bitter to the soul gluttonous relishes that renders you unable to function without them even at the slightest encounter of inconvenience. In satiating a certain peculiar arousal of the emotional hunger, comfort foods by means of emotional overeating satiates also the health of your person, often to such extents that renders you incapable of affording even a once in a lifetime kinda guilty indulgence. Kummerspeck or grief bacon then is indeed the grief accorded to you by something as slurpworthy as what the mere mention of bacon induces you to. And while you might choose to oversee the associated health benefits of emotional overeating, the wise Germans know it well that you likely would not ignore all the bacon that comes to sit around your waist, making your grieving mechanism the essence of your (pathetic) life. 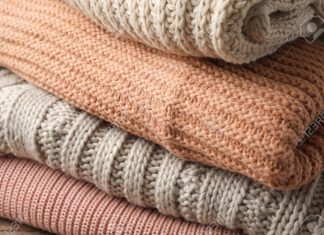 The Intricacies behind the Art of Knitting 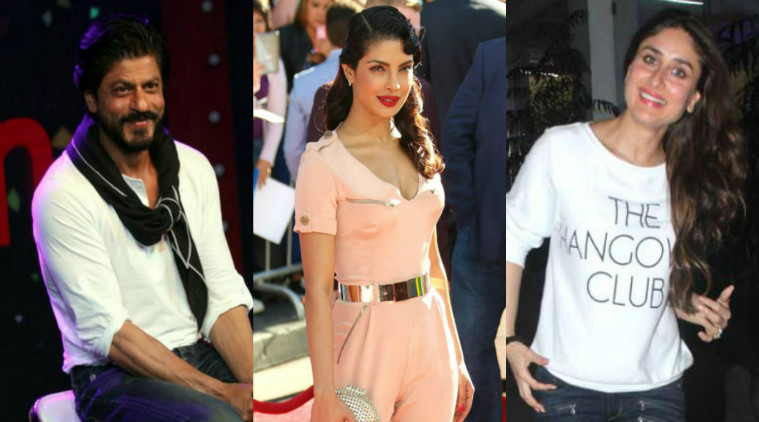 7 Things only Young Parents can Relate to