INNFINITY
Home Limitless Flashback 2019: everything that happened in Indian cricket this year It is only human nature that we choose to soak in all we can of whatever we are to leave behind. As the year 2019 draws to a close- leading with it even a decade to its closure- it’s inevitable that happenings need to be relived and celebrations redone. Specifically when it comes to sports and cricket, there is no end to the rumination of the nostalgia that dawns upon every cricket fanatic soul in this cricket crazy country. 2019 might not have been exactly the year to remember for Indian cricket, what with a frustrating and painful World Cup exit but it still was a year worthy despite all its losses. Here’s rounding up every single significant thing that happened in Indian cricket in 2019 that held the year- and the game- special in its own right-

India became the first team ever to win a bilateral series across all the three formats of the game against Australia on Australian soil.

Indian cricketer Ambati Rayudu was suspended from bowling in international cricket by the International Cricket Council (ICC) after being reported for a suspect action in a match against Australia.

The Supreme Court of India lifted the life ban imposed on cricketer S Sreesanth by the BCCI after alleged involvements in the 2013 IPL spot- fixing scandal.

The Indian team retained the number one spot as the best ICC test team for the third time in a row, winning the ICC Test Championship Mace and US dollars 1 million in cash.

Virat Kohli makes his presence felt in the Forbes’ list of world’s highest paid athletes as the sole Indian presence with a 100th standing.

Virat Kohli became the fastest cricketer to score 11,000 international runs as he achieved the feat in a record 222 innings.

Indian bowler Mohammed Shami made history as he became only the second Indian to claim a hat trick on debut in the World Cup.

Virat Kohli surpassed Sachin Tendulkar’s record to emerge as the fastest player ever to score 20,000 runs in international cricket.

Indian player Ambati Rayudu announced his retirement from the game after playing a total of 61 international matches.

Rohit Sharma became the second Indian player to score 600 runs in a World Cup and also the first ever cricketer to score five hundreds in a single edition of the tournament.

The Indian national team faltered at the semifinals of the ICC World Cup 2019 as it succumbed to a defeat at the hands of rivals New Zealand.

Iconic Indian cricketer Sachin Tendulkar became the sixth Indian to be inducted into the ICC Hall of Fame.

National level cricketer Prithvi Shaw was suspended by the BCCI for 8 months after he had violated an anti doping code.

The Board of Control for Cricket in India agreed to come under the National Anti Doping Agency’s ambit, years after having been opposed to the same.

Virat Kohli became the first ever cricketer to smash 20,000 runs in a single decade across all formats of the game.

BCCI cricket advisory committee reappointed Ravi Shastri the head coach of the Indian cricket team for another two years till the T20 World Cup in 2021.

Prolific Indian women’s national cricketer Mithali Raj announced her retirement from T20 cricket after playing a total of 89 matches and leading the country in 32 of them.

Current skipper Virat Kohli became the most successful Test captain ever for India with 28 wins from 48 matches, surpassing Mahendra Singh Dhoni’s record of 27 wins in 60 matches.

India U-19 and Mumbai batsman Yashasvi Jaiswal became the youngest cricketer in the world to score a double hundred in List A cricket.

Shafali Verma became the youngest women player to play T20I for India as she took the field as a 15 year old against South Africa.

Former India all-rounder Dinesh Mongia announced his retirement from all forms of the game twelve years after he played his last official match.

Indian women’s national T20 captain Harmanpreet Kaur became the first Indian cricketer ever to reach 100 T20 International matches when she took the field during a game against South Africa.

Rohit Sharma smashed a 71 year old record to be the cricketer with the highest average in Test cricket world wide. With an average of 99.84, Sharma surpassed Australian legend Don Bradman’s 98.22 and clinched the impeccable record to his own name.

Virat Kohli also surpassed a record held by Don Bradman by scoring the most number of 150 plus scores as a Test captain in international cricket.

Former Indian cricket captain Sourav Ganguly took over charge as the 39th BCCI President after he was elected unopposed to the post.

India played its first ever pink ball Test match against Bangladesh as it became the last of the major cricketing nations to step into the day- night Test era.

India also became the only team in the history of Test cricket to win 4 consecutive matches by an innings margin after its 2-0 rout of Bangladesh and the preceding whitewash of South Africa in a three match series.

Rohit Sharma became the first ever Indian male cricketer and the second overall to play 100 T20Is during the second match of the series against Bangladesh.

The Ekana Cricket Ground in Uttar Pradesh became only the second neutral venue in India to host a Test match when it played home ground to the Afghanistan national cricket team in their series against the West Indies.

Veteran opener Wasim Jaffer of Maharashtra became the first ever Indian to have played 150 Ranji matches.

Former domestic cricketer G. S. Lakshmi became the first woman match referee ever to oversee a men’s ODI when she officiated the opening match of the third series of the World Cup League 2. Lakshmi achieved the distinction during the tournament in the United Arab Emirates after she was inducted into the ICC International Panel of Match Referees in May this year.

Kuldeep Yadav becomes the first ever Indian bowler and third overall after Lasith Malinga and Wasim Akram to lay his claim to two ODI hat tricks.

Rohit Sharma broke a 22-year-old record for most runs in a calendar year by an opener across formats as he scored 2442 runs to eclipse Sanath Jayasuria’s more than two decade long standing. 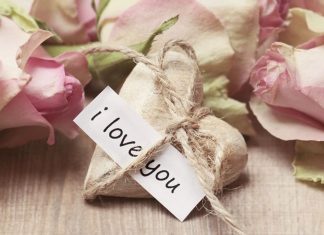 All the reasons that led Cupid to strike you right this... 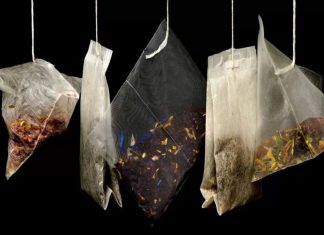