INNFINITY
Home Limitless Everything you need to know about Kabaddi How often have you spent those afternoons of childhood battling it out in the kabaddi ground? If you happen to belong to the pre smartphone era you know the beckoning a good ‘fight game’ holds! Tugging and snatching at clothes and hair, as you struggle to keep your breath while under’ bondage’ or simply when you venture out for a mere touch, are parts intricately woven in the fun of a kabaddi game.

But it is remorseful that the game that had delighted a ‘generation’ of children is not accorded its deserved status. As a result, not very long back, this highly engaging sport remained off bounds as a professional vocation.

However, in recent years, the scenario has somewhat changed. With more and more people breaking away from the cricket hype and an even larger number dreaming of making it big in the world of sports, there has been a considerable change in perception.

What is interesting is that Kabaddi, as a contact sport, originated in India. And it is widely believed that as a pre historic sport, Kabaddi was practised to ward off invaders. However, the true story is a far diversion from it.

Believed to have originated some 3000- 5000 years ago during the Kurukshetra war, Kabaddi owes its allegiance to warrior Abhimanyu.

There exists striking resemblance between modern day Kabaddi matches and the manner in which Abhimanyu was captured by the Kauravas.

Perhaps the only combat sport in which defense is a collective effort while offense is a one man thing, Kabaddi is widely referred to as the Game of the Masses and generates frenzy among spectators. With thrill and excitement ruling every moment of the game, it is no wonder that the popularity of the sport is increasing rapidly in the world arena.

Millions of people from as many as 65 countries of the world play this game in its various forms now.

Played between two teams comprising seven players each, the modern form of the game is a synthesis of several old versions of the same sport.

Kabaddi is as much a game of strategy as of strength. Stamina and agility, muscle coordination, swift moves as well as a sharp and open mind are crucial elements required for the game.

This is the version of Kabaddi that is recognised internationally. With two teams of seven members (plus 3 reserve members) fighting it out in the field, the game is played with 20 minute halves, with a half time break of 5 minutes.

The dimensions of the playing field differs for both men’s and women’s games- specifically, a field of 10 by 13 metres for men and  one of 8 by 12 metres for women.

During the course of ‘raid’ in each play, the attacking player, known as the raider, runs into the defence team and attempts to tag as many of its members as possible. All while being inside the defending team’s territory and also maintaining a constant chant of “Kabaddi”.

For every defender tagged, a point is scored. Stepping over the bonus line while in the enemy territory will result in additional points for the raider’s team.

The defending team scores when it is successful in staving off the advances of the raider.

Tagged players are declared out of the game, along with those players who step out of bounds.

For each point scored from a subsequent tag or tackle, one out player is revived. However there are no revivals against bonus points.

If the entire team gets out at once, the attacking team scores two bonus points.

Two empty raids in a row means that the next raider is in a position of having to carrying out a ‘do or die raid’ and score positively. Also, when the defending team has less than four players left, tackles are worth 2 points.

In the country that has seen the origin and evolution of Kabaddi as a sport over the decades, the game is understandably played in a majority of forms. However there are four major variants that have been recognised by the amateur federation.

7 players sweat it out in a 40 minute game, with one player revived against one rival player.

Also with 7 players, but the only difference that the out player remains so until all his team members are out as well.

Also known as kauddi, Punjabi Kabaddi is a version of the game that has its own distinct variants regionally but with the common connect that is played on a circular pitch of diameter 22 metres.

A variant of the Sanjeevani style with the same time frame but with a change in rule as the player who is out still remains inside the field of play.

Kabaddi is a versatile game, in that it can be played under variations and in different setups. At the same time, flexibility of rules allows for greater adaptations of play. Accordingly, international competitions encompassing the sport have also been spun out in numerous games of play.

KABADDI AT THE ASIAN GAMES

Since its debut at the Asian games in 1990, Kabaddi has had a strong presence and has witnessed tremendous frenzy thereafter.

Established in 2014 with the participating teams been owned by celebrities and the like, this Kabaddi league competition has been immensely popular among the Indian masses.

The Pakistan parallel of the Indian Pro Kabaddi League.

The Pro Kabaddi League in India for women.

Apart from these, there also exists the Asian Kabaddi Championship and the Kabaddi Masters as well as a host of other national competitions celebrating the sport.

As typically a sport of Indian origin, Kabaddi has a presence in the entire length and breadth of the country. And while professionally the sport has gained eminence only in recent times, it doesn’t take anything away from the fact that the sport was catapulted to world glory with an Indian connection.

The international exposure that the sport received during the 1936 Olympics was courtesy the Hanuman Vyayam Prasarak Mandal from Amaravati in Maharashtra. The game was introduced in the Indian Olympic Games at Calcutta in 1938.

The All India Kabaddi Federation was set up in 1950 while the Amateur Kabaddi Federation of India (AKFI) was founded in 1973.  Under the aegis of the AKFI, the sport was brought under the framework of some official rules. The first men’s nationals were held in Madras (renamed Chennai) after the formation of the AKFI.

It was an Indian Sundar Ram who introduced and popularised the game in Japan, when he toured the country in 1979 on behalf of the Asian Amateur Kabaddi Federation for two months to introduce the game there.

KABADDI IN THE WORLD STAGE

Bangladesh and India also had their first face off in competitive Kabaddi in 1979. Incidentally, Kabaddi is now the national sport of Bangladesh where a variation of the game called ha-du-du is popular. Without any definite rules, Ha-du-du is played differently in different parts of the country.

1980 saw the first ever Asian Kabaddi Championship been held, where India emerged as champion, beating Bangladesh in the final. The other countries who had participated in the tournament were Nepal, Malaysia, and Japan.

The game was included for the first time in the 1990 Asian Games at Beijing, where seven teams took part. It is now played nationally and internationally throughout the world.

India has also been the champions in each of the three World Cups held till date.

In any form of sport, the India- Pakistan rivalry have always generated tremendous anticipation. And specifically in a game of Kabaddi, which is native to both the countries, it is obvious that expectations and sentiments run unexpectedly high.

With a 100% record over Pakistan, India is undoubtedly the fancied opponent in case of a game with its rivals. Victories in all the eight Asian Games matches and also in each of the five Circle Style matches goes on to establish India’s supremacy over its competitors in the sport.

At the Beijing Asian games held in 1900, India won the Gold medal while Pakistan occupied the third place.

In the next edition, Pakistan was defeated by India 42-20 in the group stage.

The Bangkok edition of 1998 saw India emerge victorious with a 17-9 victory over their arch rivals.

At the Busan Asian Games, champions India scored a winning margin of 37-7 against bronze winner Pakistan.

The 2006 edition of the Asian Games, India outclasses Pakistan 35-23 to once again emerge champions.

Champions India prevailed over a third placed Pakistan team in the 2010 Asian Games as well.

Pakistan once again lay their claim on the bronze medal while India laid their hands on the coveted gold for the 7th consecutive time in the 2014 Incheon Asian Games.

India has won every single edition of the Circle Style World cup, with Pakistan claiming the silver on four occasions.

The 2014 showdown was a closely contested match, but charges of foul play against the ultimate champions caught world attention. With allegations of favoritism marring play, the 2014 games remains one of the most controversial in recent sporting history.

The unique initiative by Star Sports – Star Sports Pro Kabaddi – has brought players from Pakistan to team up with Indians at the tournament. Two Pakistani players – Waseem Sajjad and Nasir Ali – have been signed up by Patna Pirates for the 2015 season of Pro Kabaddi. Waseem Sajjad was part of the 2014 edition as well, while Nasir Ali was brought in for the second season.

Kabaddi as a sport has evolved tremendously over the years. With distinctive styles and rules of play all incorporated in the modern day version of the sport, the game has grown to be one with wider reach and generating greater interest.

So much so that the Kabaddi World Cup is a much anticipated sporting event in the world stage now. Founded in 2004, the World Cup has held four successful editions. With successive championships at Mumbai, Panvel and Ahmedabad, the 2019 event will debut overseas for the first time in Dubai.

President of the International Kabaddi Federation Janardan Singh Gehlot termed the move to Dubai as an aim at making the sport more global while incorporating diversity into its fold. 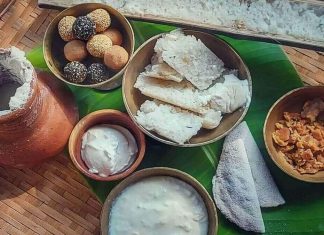 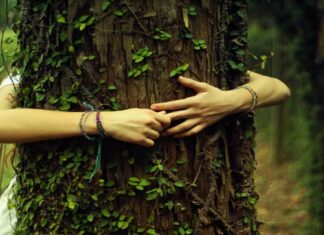 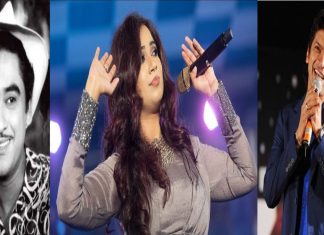