Sometimes in embarrassment, other times in exasperation, shielding behind this expression of the emotional might strike as quite an irony in the very nature of its face saving identity. Even an attribute of such evidence as the blatantly bare all of what that certain situation of significance occurs in its bearing upon your person or the according of the emotive status, more in sync with the emoji universe rather than the infinite times profounder assertion of what characterise as the intense feels, asserts as no less incongruent across this method of deliverance of what ultimately warrants as among the myriad inner experiences of the human being. As a gesture characterising the sinking in of such states of existence that can range anywhere between the fore of disgust and disappointment, or dwell within the dimensional experience of embarrassment and exasperation, or perhaps might even scout out the multidimensional entailing of which shyness and the unrelated but no less potent in its multilinearity aspect of stress make for so much a part of and in all rampancy as well, is this visible proclamation of non verbal nature that though screams, albeit silently and therefore ironically once again, of the guffaw that just preceded its taking recourse to by the mere human as an innate, almost instinctive display of behavior universally adhered to in its simulated experience all through and all over.

Less popularly perhaps, at least as ‘allowed’ by the modern interpretation of it in rather liberty all over the swaying space of social media, this particular showing of very physical prominence might also allude instead to more non goofy transpirings out of the human existence in all amalgamated essence of it, establishing itself as evident again a show in shock and surprise and sarcasm or perhaps even the more horrifying prospect of horror and the denying dimension of utter disbelief especially in ‘traditional’ ‘notions’ of it. Weird it might be to derive out of a gesture so universal such connotations that demarcate the existing and the once had been understanding of it, and to such extents as well that almost overrule the two in exact opposing specifications availed out of them not taking into consideration their overlapping prerogatives, so much and so profusely that the irony continues to flow unhindered and unabated along exactly similar motional notations of what had been characterising of its taking over the face though in a rather peculiar assertion of it.

As a commonly encountered and as commonly taken to as well gesture of placing one’s face into their hands, or covering their face with their hand as a corollarial stating of it, the facepalm is a very evident exaggeration in defining of what it is meant to, occurring as it does as a rather forceful motion in the very act of the face- hand connection, accompanied often also by a slapping noise as a very discernible gauging of the impact with which the two different parts of the body are made to come into contact. The literal allusion to this emphasised indeed display of the emotion catering to as elaborate an expanse of it is also as apt as it can be, referring in no uncertain terms to the palm of the hand brought upon the face with the fingers splayed as in the act of grasping. But for all its relaying of the message in dismay as a reaction to such unbelievable almost lapse of logic or judgement either of others or even of one’s own accord in all self depreciating humility and humor through an expanse of time not exclusively tech dictated, the term facepalm itself has tended to be only rather recently. Marking its entry into the dictionarial directory only sometime during the first decade of the current century while manifesting already a good decade before as a verbal phenomenon, but only in the linguistic and not the physical way of its interpretation, has been this elucidation of the facepalming gesture in such worded emphasis that today makes for an unmistakable uttering despite its acutely anti verbal nature, and rendered all the more resounding in its aptness eked out from the always relatable realm of the happening online world.

To trace its origins though, as a behavior of such dynamic residing absolutely amassing of the world’s fancy, the facepalming gesture dates back in whatever assertion of it to at least the 2nd century AD, arising out of a Roman artwork of that period. More specifically, it was the year of 113 out of which the depiction derives as a soldier engaged in that act of what necessarily asserted then as sad devastation as what would one expect from a defeated force in battle. Named the ‘Trajan’s Column’ that which depicts the Dacian Wars and out of which emerged a defeated Dacian soldier facepalming in the humiliation of defeat, this first of all facepalms ever encountered in such concrete evidence of it anywhere in the world sets the stage for this ‘enduring’ expression of the emotion to hold its place spanning therefore years and decades and centuries and even millennia as well to drive still the human self to display such behavior across differing details of it. The exact draw of the timeline though does not present as such a clear case in deriving the evolution of this involuntary almost exhibition of the feels, with the only other time it was encountered in history being the rather modern times of the late 19th century. This time the facepalm manifests upon the biblical character of Cain, sculpted as he had been in 1896 by French man Henry Vidal in his famous Caïn venant de tuer son frère Abel in a manner though markedly distinct from the almost unconsciously attempting and veritable managing of eliciting humour out of situations upon which it follows. Depicting the should have been legendary son of the first ever humans Adam and Eve Cain, after having murdered his brother Abel in such prominence that is also what has lent the piece of art its title is this version of the facepalm as an assertion of face cradling by Cain out of distress induced by his own actions.

Beyond however the couple aforementioned explorations in history, the latter being way more ‘competent’ in evoking almost similar a status of its response as what it commands today in extreme, unmistakable popularity of it, the facepalm has largely unmanaged to force its way into the written trails leading into the world even when it has been most definitely resorted to as the ultimate form of expressing the most extreme of emotions that we humans have always experienced, of course in very appalling assertions of those feels that characterise in essence the extent of our existences. More definite allusions to this gesture not just in sighted depictions but also as a lettered entity itself strike from across a Google Group in 1996 with a certain Christie taking to this gesture in all evident expression of disdain even as a certain Lee followed with a similar doing of the facepalm phenomenon the next week and so on and so forth till it became to be every thing grammar could make it out to be. Today manifesting myriadly sometimes as nouns and adjectives and even interjections while holding on indeed to its first featuring as a verb is this facepalm identity so critically evocative of the human kind in their harried dealing with what causes the heaves of the heart.

Interestingly though, the facepalm isn’t exclusive an expressionless expression playing upon just proper human faces. It is even somewhat apt that this physical gesture is also effectively engaged in by a certain species of mammals we owe our evolutionary existences to. Mandrill monkeys for instance often are seen using their palm to cover their eyes particularly as a gesture in communicating their desire to be left alone, asserting therefore yet another diverse an exploration of which the singular, universal act of facepalming can be expressive of. Versatile therefore indeed in its surprisingly diametric range of application having evolved continually across the ages and over the years in the human context while being an innate trait of non human character as well, the facepalm has established itself as a case in stupendous linguistic might- spawning as it does the associated areas therein of longevity and success while treading and serving effectively the domains of such need that dwells in the deliverance of the intention without even any implying notion necessarily inducing that gesture in physicality. No wonder, popular culture has taken such wide cognisance of this doling out of emotional dismay availed out of whatever reason including also the differently stressful stance arising from anything and everything including but of course not limited to poor financial performance particularly during the period of history’s Great Depression and a wide variety of equally nuanced realisations stemming out of ‘would have been better off without’ film, business and political decisions alike, to churn out such an image of it in the public psyche that is an extension of its popular cultural connotations no doubt but carries even more ‘essence’ in the digital picture of it. Catering and in turn contributing to the immense frenzy of the meme kind has been facepalmings and facepalm moments pertaining to recent history not always essentially historical in such assertions immediately evident, most notably the oft articulated illustration of the image of Patrick Stewart enacted Jean-Luc Picard from the tele series Star Trek: The Next Generation imitating the gesture every time he discovers with frustration the incompetency of his crew members. And while that might be the earliest reference of such aptness that the facepalm has come to encompass in depiction of its most contemporary ‘spirit’, equally worth mentioning is the appropriation of it by the iconic Homer Simpson of the historically significant in many a ways American sitcom of The Simpsons with a D’oh! typically exclaimed following the specifically forehead striking facepalm that he gestures mostly in realisation of his own stupidity and therefore presenting the universal act as ‘striking’ also in its self depreciating humour. And continuing rather assertively till date its notion in commonplace interpretation ever since managing such popular breakthrough through social channels in the wee years of the last century has been this frivolous perhaps featuring of the facepalming expression that today is a feasible proposition indeed to flaunt whether in real life or on social media. And if that seamless transition from one reality of existence to the other does not occur to you yet as versatility indeed, then garnering the facepalms at your naivety is the only moment you have managed to create for yourself. 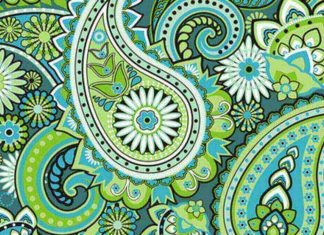 Plays of the paisley