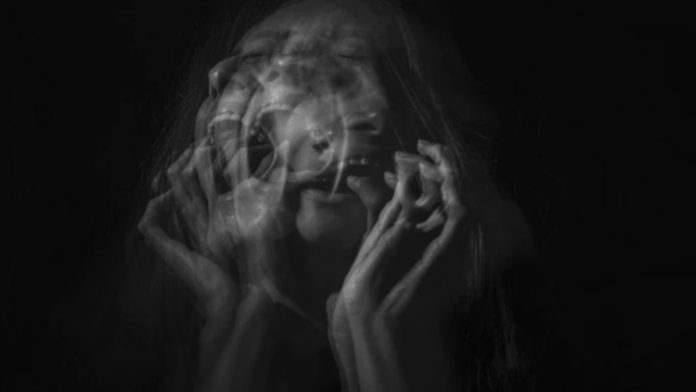 Something very essentially a perception of the psychological, drawing from premises that however might not be entirely such, even when they say that fear is all in the mind, it’s quite surprising how this particular awareness of threat by the human carries along with it more physicality than we can imagine. A very commonly experienced human feeling, and therefore absolutely normal, even ordinary, unless you have some highly irrational or inexplicable phobia, the extents of fear however can be quite intense and varied. Not everyone of us processes fear the same and certainly not all people of the world respond to it in the same way, in fact at times reacting to it in ways that are diametrically different enough to rest on opposite ends of the spectrum. It would perhaps not be appropriate then to suggest that fear affects all human bodies in a universal manner, even when the fact of the matter is that it does. Deriving from its essence as a strongly felt emotion that harbours within it a power that can come to destroy reason, fear might be a debilitating psychological experience but no less wrecking is its impact upon human health, still deriving though from the riddling premises in which it plays with the mind.

Despite popular notions that connotes attributes of health relating exclusively to the emotional to be an outcome of fear, the graver reality is that this very natural emotion affects also significantly the physical health of humans. Because the mind and the body are not exclusive but related entities, residing in fact in each other despite their distinctiveness, it isn’t anything exemplary that fear, or just about any emotion experienced for that matter, has a multilinear mechanism of working. It also is important to note here that fear itself is not a singular identity in its emotional aspect- there are certain fears triggered by an impending sense of threat to one’s person or security, there is also the fear that can arise out of the working of other emotions like guilt and even grief and there exists a certain kind of chronic fear, brought about by constant worrying for whatever reasons, rational or irrational, and it is the persistence of this latter category, deep rooted and long held that is often the most impactful when it comes to overall human health.

Fear in itself being a natural human experience isn’t always something that we consciously need to try and avoid at all costs, irrespective of whether that indeed is possible on our part. In fact, as an instinctive response to threat, fear can be another basic mode of human survival as it helps intensify the working of such bodily mechanisms that can help us avert such situations of terror. But beyond that, living in constant fear of something is detrimental for emotional, physical, spiritual and mental health.

In setting off the fight or flight response, fear begins by acting upon the human body in varying measures. Apart from alerting such body functions that can help us be more perceptive of the threat at hand, the onset of fear is also accompanied by numerous other bodily changes. Both the heart rate and the breathing rate shoots up, and the blood flow to the muscles also sees an acceleration to get us all pumped up so that we might face the danger. Even the levels of glucose in the blood stream sees a spike, facilitating a ready supply of energy if we need to take recourse to physical means to thwart off the danger.

Each of these reactions that the body has to fear negatively impacts upon the physical health of the individual. For one, an increase in the heart rate brings with it a set of complications that interfere with the normal functioning of the body. Leading to less than efficient pumping of blood by the heart, the sudden shift in the heart rate means that the heart cells can become oxygen deprived, which is quite the foreground for a heart attack to become likely. Similar can be the effects of an increase in the breathing rate, that can lead to blood spasms among other health disorders.

Even more well known are the effects of an increased presence of glucose in the blood, making the body more susceptible to developing chronic conditions of diabetes or the like, while exposing to greater risk of developing other long standing health complications. The body’s response to fear sees also an increase in the calcium levels of the blood, another diversion from the body’s normality, thereby putting you at greater risk of kidney stones, while interfering also with the ambient functioning of the heart and the brain.

All of these are evidence enough of fear negatively impacting the body’s immunity, which compounded with the essence of fear as translating also as a form of stress or as a response to it, further acts to compromise with the immune mechanism of the individual. The stress experienced out of any incidence of fear enhance the release of the stress hormone corticosteroid that reduces the immune system’s ability to fight off antigens by such means as lowering the number of lymphocytes, rendering us more susceptible to diseases.

Not just the immune system therefore, fear impacts negatively also a whole lot of other systems of the human body. Be it a dysfunctional endocrine system or an erratically behaving autonomic nervous system or even an abnormal experience of the digestive system, fear exerts its might upon each and every aspect of your bodily health. Other singular aspects of fear wreaking havoc on your physicality includes a disrupted sleep cycle, a range of eating disorders, a rise in blood pressure an impaired reproductive health, aggravated clinical depression, accelerated ageing, occasional headaches evolving into recurring migraines, body aches manifesting as chronic pain, an ordinary experience of difficulty in breathing presenting as a serious bout of asthma, all culminating to bring into effect the most substantial impact of all- premature death.

Beyond the spheres of the physical while still dwelling on the workings of the body is the impact that fear ends up having on our memory. Because the effects of fear on the brain are two fold- arising from the stimulations experienced out of it as well as in exertion of the physical changes induced by the experience of the emotion, it is not surprising that the functioning of the brain sees quite a change owing to it. Fear causes damage to certain parts of the brain, that which is again something that only makes us less than well equipped to deal with such perceived sense of threat, also ends up impairing the formation of long term memories, but still instilling the terror in the recurring experience of whatever memories are retained that makes getting over the fear an almost impossible exercise. That apart, much like every other intensely felt emotion, fear also impacts the thought process of the brain, leading us to react in ways that are not always the most appropriate given the context. Apart from such behavioural changes brought about by a continued association with a sense of panic stricken existence, the effects of chronic and long persisting fears on the brain translates also to other domains of the mental health that can manifest as fatigue, post traumatic stress disorder, depression, learned helplessness, mood swings, a sense of disassociation, obsessive compulsive thoughts, anxiety, extreme phobias as well as paranoia, impairing therefore the normal awareness of the individual while interfering also with the quality of their life to staggering limits.

Furthermore, fear also impacts aspects of mental health indirectly, specifically by impacting our spiritual conscience. With deeper fears rooted in our beliefs, we find it impossible to take our minds off that constant awareness of dread, limiting the scope of our thought and concerns and interrupting therefore the flow of our spiritual consciousness. Not just the loss of spirituality, it also is the process of this loss, of something very essential for us yet rendered unimportant enough to not be able to pursue it considerably, that pushes us into a further abyss of guilt and dread and fear. From losing faith on the divine power even while obsessively worrying about that loss of connection, fear can alter our very personality. In restricting our lives by robbing it of its peace and essence, the recurrence of fear, or rather, the power we allow it by letting ourselves fall vulnerable in its face, strangles us even threateningly. Fear might have been sidelined as an illusion but the many ways in which its dreadful might wreaks havoc upon our being makes it worse than any of the cruel ways in which reality persists. 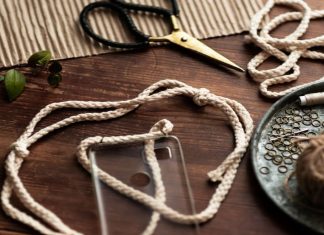 The trendy tale of hanging handykettes