Living your passion and nurturing it every day of your lives is the ultimate existence to dream about. But very often in the humdrum of existence, passions get lost somewhere in oblivion. Yet there are some lucky folks for whom earning a living is as fruitful an experience as life itself. In the digital world of today, exploring YouTube as a very conceivable profession isn’t any surprise. Earning the bucks while fueling desires is the life well lived. And quite some Indians have harnessed on this platform of the digital platform of opportunities that YouTube is. Specially the women folk have a lot to give to and gain from YouTube. Be it health, beauty, food recipes, lifestyle vlogs or entertainment videos, Indian women are making it big on YouTube. Here’s a round up of the top 15 female Indian YouTubers who are loved, liked, shared and subscribed by their fans-

Food Blogger Nisha Madhulika‘s YouTube channel boasts of 7.65 million subscribers and over 1 billion views to make her the topmost female Indian YouTuber. The lady from Noida began her journey on the web platform in 2011 and has been since a regular presence in the food vlogging arena in India.

With easy and simple vegetarian recipes, Madhulika’s channel is a delight to watch. She caters to pure veg stuff, devoid of even the customary garlic- lehsun to whip up recipes that are hassle free to make and delicious to relish. The quintessentially ‘maa ke haath ka khana’ repertoire servers Madhulika’s purpose even more who probably has the millions now, with her continued presence on YouTube.

An India- born artiste brought up in USA, Vidya Iyer is a singer and YouTuber. Her channel Vidya Vox enjoys a subscriber base of more than 6 million to make her one of the top female Indian YouTubers. Amalgamating her Indo- American sensibilities to churn out music that is distinctive and unique, Vidya’s immense credibilities as a singer do well to bode her as a sensational musical presence on YouTube today.

With more than 600 million views on her channel in a span of just four years, Vidya continue to rise in international stature, both as a singer and a YouTuber. A singer par excellence, Vidya Iyer’s musical prowess has also been manifested with her performances at the National Center for the Performing Arts (India) and The White House.

Another of the top female Indian YouTubers also has her channel devoted to all things food. Kabita Singh, who has been active on YouTube since 2014 with her channel Kabita’s Kitchen is a passionate cook who decided to turn her love for cooking into something more than just passion.

With simple, easy- to- make recipes illustrated with minutely followed and simple instructions, Kabita’s Kitchen has a subscriber base of more than 5 millions. Fuss free meals that can be made up with minimal and easily available ingredients, Kabita’s recipes focuses on Indian food with occasional diversions.

What’s more, the mom of one also has two side channels- KabitasKitchen Quick Recipes for cooking delicious recipes in a jiffy and KabitasLifeStyle, a channel that depicts Lifestyle, Vlogs (Travel and experiences), Health & Fitness, Baby Food, Kitchen Hacks and DIY or basically everything under the sun.

For those folks seeking out some style inspiration, you can turn to this indigenous female YouTuber for validation. An engineer by profession who resorted to uploading videos of hairstyles on YouTube because that’s what she was good at, Shruti Arjun Anand hit the jackpot with her namesake channel that she started way back in 2010.

Shruti Ananad does it all- from hair and makeup to outfits and styling tips, Shruti has this way of enticing the viewers with her every video which explains her ever growing subscriber count. Her beauty tutorials are extensively researched to help you get the perfect look. She also puts forth her own inventive way of upping the style quotient while also throwing in bits of entertainment with her quirky and comedy skits.

Another beauty channel that makes it to the list of most subscribed among Indian female YouTubers is Pooja Luthra. The channel puts up videos on a wide range of issues concerning the beauty spectrum. Be it health related stuff or beauty tips, Luthra has the remedy for everything. Skin care and hair care trips, home remedies for hair fall and skin problems, weight loss and fitness diets and plans, DIYs for beautiful skin and hair, natural tips for all your beauty related issues are duly taken care of by Pooja Luthra in her channel. Your daily dose of beauty and health comes easy to the more than 4 million subscribes of the Pooja Luthra channel.

You know her as the relatable and charismatic girl in the MostlySane videos. And it is this spunk that has made 26 year old Prajakta Koli as one of the top female Indian YouTubers in 2019. Her hilarious interpretation of everyday stuff, manifested through refreshing content and convincing screen impression makes Koli a name to reckon with in the entertainment spectre on YouTube. Relying on the typical image of her Indian parents, Koli’s relatable videos has helped her gain instant fame and adulation.

The only Indian among 50 digital creators worldwide to be part of YouTube’s Creators of Change initiative, Prajakta Koli has also been touted the Digital Diva by Forbes. She has also been one of the young guns dominating the 2019 Forbes 30 under 30 India list. Koli has also collaborated with Bollywood actors that has furthered her popularity and presence in the public and social realm.

Another young gun on the list of most popular female Indian YouTubers is 24 year old Himanshi Tekwani. Her channel That GlamGirl, as the name suggests, focusses on the beauty and make up aspect of lifestyle. Whether it be sharing beauty tips and regimens or uploading videos about how to do makeup perfectly. Himanshi’s channel offers it all.

Yet another beauty vlog is one of the most subscribed Indian YouTube channels that is helmed by a lady. Priya Malik’s namesake channel has all the usual sharing of beauty tips concerning hair and skin care and stuff. But she also has other interests guiding her presence on YouTube. Malik’s channel also features videos on embroideries and stitching and sewing as well as other such stuff. With over 2 million subscribers, Malik is easily a visible presence on YouTube in India.

Beauty blogger and vlogger Trisha Paul with her dedicated YouTube channel also makes it matter as among the top female YouTubers of India. Beauty and make up tips, DIYs and home remedies, hairstyle and skincare, product reviews and latest beauty launches mark the content of her vlog IndianGirlChannel Trisha. Three years into vlogging and Paul’s channel has already garnered more than 2 million subscribers since 2016.

Komal Gudan is also a female Indian YouTuber who has her beauty channel Super Style Tips to credit for her digital fame. Her videos on makeup, beauty and skin care has earned her over 2 million subscribers ever since she started out in 2016.

Anisha Dixit’s claim to YouTube fame rests on a genre different from what has been explored by the others in this list.Her channel Rickshawali is as spunky with the name as it is with its content. Taboo issues in Indian society are brought out through such quirky elaborations by Dixit in her videos that features exclusively in and around a rickshaw. The Indian- German Dixit also puts up another segment of videos on her channel that has her ranting about day to day stuff. Though she started off merely by accident, Dixit’s almost six year old channel has over 2 million subscribers.

An MD in Alternate Medicine, Dr. Shalini mars her presence on YouTube with her channel Recipe with Dr. Shalini. Health and beauty, skin and hair solutions that stem from the use of natural ingredients make up the video of Dr. Shalini’s vlog. A registered practitioner, Dr. Shalini shares recipes that will help enhance your overall beauty and health.

It was sheer passion for dance that had Mumbai born girl Sonali Bhadauria dump her lucrative job of a software engineer at Infosys and take instead the route less traveled. And with close to 2 million subscribers on her YouTube channel LiveToDance with Sonali Bhadauria the 29 year old dancer is very easily one of the most successful among female Indian YouTubers.

Being an untrained dancer, it wasn’t easy for Shonali to take he plunge. But when she did, her dreams allowed her to soar above all hurdles of life. With YouTube as the platform, Bhadauria rose to international fame, even winning the contest at an Ed Sheeran concert. Now three years into the YouTube world and Sonali Bhadauria is the legit YouTube star India can be proud of.

Making it to the list of most subscribed female Indian YouTubers is Jessika Kaur with her channel JSuper Kaur that features makeup tutorials, skin care, hair care, tips n tricks, hacks, super easy DIYs as well as Kaur’s food n travel vlogs and snippets of her life in what seems to be a very inclusive, coherent YouTube channel.

A former RJ, Mumbai girl Niharicka Singh rounds up the list of 15 most popular female Indian YouTubers. Her very original sketching of her comic characters makes her videos instantly liked and very relatable. Singh’s creativity began to find expression in her YouTube channel since 2012 after she had fiddled with Dubsmash as an outlet for her entertaining talent. With more than 1 million subscribers as of now, Niharicka Singh rules over YouTube with her very quirky Captain Nick moniker. 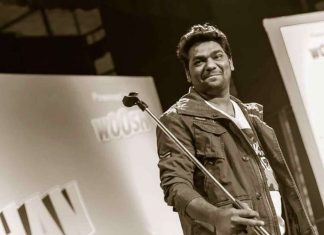 Best Zakir Khan poems that will swell up your soul the... 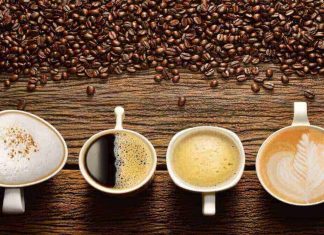 5 Coffee Personalities Revealed- What Does The Hot Drink Says About...

10 Filipino romantic movies that you should absolutely watch