There isn’t any more concerning thing at the moment that is grappling the world than the calamitous coronavirus crisis. Or at least, there doesn’t seem to be one. In hindsight however, the scenario is not quite so dedicated to this exclusive cause even when it surely is one that defies any cure as yet. Lurking behind in the dark shadows of this pandemic are associated issues that however aren’t as egalitarian in nature as the current health crisis. Be it the worldwide economic situation or even the abstract force threatening to dismantle the very ego of the human existence, we surely aren’t living in the best of times. But to think that these substantial sightings are the only challenges we need to be dealing with in the near future is a gross understatement of absolute realms.

With entire countries under lockdown and public health measures sucking up all the money, we aren’t even envisaging the doom we all are eagerly waiting to live out for. But however bleak the reality might be for us, there always is a section of population that has been living the bleak life for ages and will be forced to do so, irrespective of whether or not we manage to find a way out of this pandemic.

And yet we do not hear more about them. Or put it more blatantly and unhumanely, we don’t even care to. The irony however becomes all the more glaring when we realise that we aren’t even fed more about the unfortunate masses for whom even mere survival is no longer a basic human right. What we wake up to every morning is announcement of public reforms and flights opening up, even as the nation continues to reel under the extensive lockdown. That all is necessary and essential all right, but for a certain section of people there sure is something more essential than anything else- the privilege to at least continue with being an unendowed yet ‘privileged’ human soul.

Why then this divide between the haves and the have nots have been eked out yet again, even when the COVID 19 calamity has been bashed as an unforgiving entity, one that does not play party to this differentiation? Because in all its choking terror and impartial infections, the coronavirus might be the unbiased equaliser, yet in selfish human perspective, it falls flat on its face as far as outreaching effects other than health are concerned. And that is a reality that should shame us all, yet what it does is having us sigh in relief at our comparatively better state of selfish existence.

What’s however somewhat riveting is that it isn’t just the common masses who while away their quarantine days in relaxation and rewinding. Even those glorified as such epithets as the fourth pillar of democracy or equivalently the mirrors of society seem to be somewhat content in bringing to fore such issues that only threatens to test the limits without actually, and thankfully, doing that yet. Sure there have been 24X7 news bulletins keeping us updated with every spike in case and telecasting live press conferences, but what’s amiss at the moment, as it has been for quite some now, is pure ground reporting- one that should be the very basis of journalism.

All hope’s not lost yet though with new age journalism striving to stick to the tricks of the trade instead of succumbing to the consumerism competition. And among the handful of people who have dared to venture out of their homes in pressing times as these is eminent journalist Barkha Dutt for whom the challenge of her job is way more exerting than what any virus or pandemic spells for her.

A fearless spirit of her clan, Dutt’s ground reporting on the coronavirus crisis amid the nationwide lockdown isn’t however the first of her many trysts with challenges. Known for her frontline reporting during the Kargil war in 1999, Barkha Dutt has always been a believer of taking to the ground in every possible instance to do justice to her passion for pure journalism. It has indeed been this play of conviction that led Dutt to even create her own YoutUbe channel Mojo Story. A generic term for mobile journalism, Mojo Story did indeed facilitate Dutt’s path in letting her do what she likes best. A brand of journalism that does nor rely excessively on studio setups and concentrates instead of serving news on the go, Mojo is indeed the spirit Dutt has been encompassing in her out there for and with all approach to the coronavirus reporting in India.

More than sixty days of treading the lengths and breadth of the country and Barkha Dutt has had first hand experience of the shift in gear lives have gone through along the COVID 19 outbreak. But even as she plays safe with constant and rigorous adherence to the norms of mask and gloves, the veteran journalist has come up with such stories that aren’t yet the norm we have been encountering in TV channels and the like. In what she likes to call shoe leather journalism, Dutt’s endeavor to actively move around with her dedicated crew to bring real stories to the fore has not just resulted in appalling realities being unveiled; it has as much helped with her perspective on the continuing lockdown and a view on such aspects of existence amidst the coronavirus calamity that her and our otherwise privileged existence would not have entitled us to.

From interviewing migrant workers up, close and personal, albeit while adhering to social distancing norms, to uncover such sad state of affairs that range anywhere from their existence to sustenance, Dutt puts forth a picture of India that has taken even her own self aback. Yet she persists with her reporting, travelling from Delhi with her team and back after covering heart breaking stories. In her pursuit, Dutt has learned first hand the miseries of the poor. Whether it be their yearning to return home by any means possible or their helplessness having been stuck now for days without ration, Dutt’s ground reporting has helped paint a more accurate picture of the India under lockdown. Not only that, her undistorted sneak peek into the other side of the picture can also be interpreted as a definitive plea on how an ever extended, ever continuing nationwide lockdown is not what at least the poor of the country can afford any longer.

Dutt interprets the ensuing problems aggravated by the lockdown as a humanitarian crisis, one that can only be hoped to be averted if the lockdown begins to be eased. But whatever her perspective on the situation might be, it is an undeniable fact that Dutt has shown enormous courage in a time when people are urged to literally sit indoors and do nothing. And for a change, this is a demonstration of courage that is not just adhering to the spirit. In situations like these when life is the first thing at stake, this also is some form of assertion of physical courage, not of defying restrictions but rather adhering to them even with the expansive demands of a profession that Dutt believes asks her and many like her to give back to the people. Her chronicle of the raw reality stemming from the marginalised sections of society has always been the trademark Barkha Dutt narrative. And Dutt does not shy away from it even in a definitive crisis like this, even if it means taking the pandemic face- on.

As someone who has reported more on the pandemic and the fallout of the lockdown than any other journalist in India, Barkha Dutt chose compassion over comfort even when she could have only and easily taken the chair in some panel discussion. Because it is the hardest of times that reveals the human side of the privileged, Barkha Dutt’s unprecedented way of going about her business makes her more humanely entitled a human than any other now than ever. 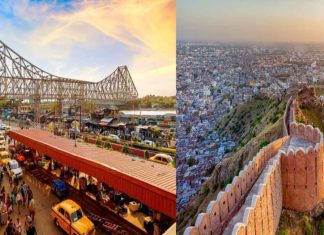 Cheapest cities in India to live on a budget 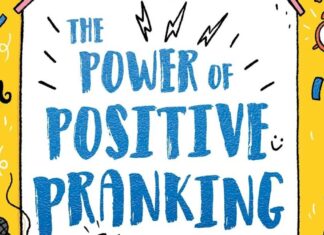 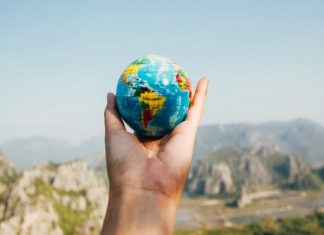