The many mavericks of the natural world are such that does not ever fail to intrigue the whole lot of its many a resident species that have well adapted to fit in with the constantly evolving nature of their place of existence. Whether for the worse or for the better, it is this evolutionary trait dominant throughout the precincts of the world that has for ages and centuries and millennia governed the sustenance of life, or rather the fittest forms of life across its expanse. Particularly with us humans, who have evolved to be the most intelligent of all species inhabiting earth, this tendency to Adapt. Improvise. Overcome. has been necessitated to keep ourselves forever relevant in tandem with the changing nature of the ways of the world, whether evolutionary or induced largely due to our own actions or inactions of profligacy.

One such aspect of change that nature has been encompassing as part of her behavioral pattern, attributable to both human causes and the characteristics of its own changing face is that of climate change. Slowly but steadily climate has been changing over the years, not any less impeded by a range of human misactivities, putting all worldly existences therefore at greater risk from the ravages of the weather and the erratic turns and tides of the season. With rainfall becoming precariously sparse in some places and rampantly abundant in others, the intensity and magnitude of flooding has surpassed all limits of reason and emerged to be an increasingly alarming proposition for a wide majority of the population traditionally residing in such geographical territories particularly vulnerable to the onslaught of floods. A vast many low lying areas, typically concentrated in the Asian continent, has been forever rendered helpless by loss of livelihood and habitation and access to basic foodstuff attributable to a deluge of the flooding phenomena that perennially affects its population, leaving them therefore increasingly exposed to the uncertainties of what the rains have tended to be synonymous with for quite some time, perhaps overriding even the universal and supposedly eternal notions of beauty and romance associated with it.

Charting therefore the course of their lives through months of inundation of their fortunes and hopes unfailingly every single year are these people who indeed have adapted their lives to meet the needs of the season, helped of course by nature herself who continues to dwell still remarkably in its own generous endowing by the bounty. For a large proportion of the world population living in parts of south east Asia, it is the existence of a certain variety of their staple food grain of the rice that has helped them wade through all these sufferings of inevitability, sustaining themselves both nutritionally and economically through means of what is understood as floating rice or deepwater rice.

Typically suited for cultivation in tropical monsoon climates is this special variety of rice that does not wither away in the heavy pour of the rain, nor in its destruction through substantial flooding of lands and fields but rather relying on the depth of the accumulated rainwater to rear pretty its golden heads of resilience. In the regions of the Brahmaputra valley in the state of Assam in northeastern India, in Burma’s Irrawaddy Delta, in Thailand in the Chao Phraya plain and along the Mekong in Vietnam and Cambodia this deepwater rice is grown abundantly as a very sustainable crop suited to the characteristics of the associated geography as an alternative mainstay of production that which has been actually also a traditional persistence in cultivation.

What makes deepwater rice so unique and therefore conducive to cultivation even in areas of extensive flooding is its ability to elongate and adapt to floods. First planted on dry grounds where it is allowed to grow as a young plant, the inundation of the plain by flood water triggers a certain mechanism in the crop that manifests as what is its elongation ability. As the water level rises, the stem of the plant lengthens anywhere from one to six meters due to an accelerated grown in its internodes thereby ensuring that the foliage stays above the water surface and survives. The hollow stems of the plant allow ethylene gas to be exchanged with the atmosphere, the natural rate of production of which is compounded by the submergence of the stalks in the water triggering therefore the production of the gibberellin hormone which is what causes floating rice to grow rapidly. On reaching the surface of the water and once the water has subsided, the gas escapes and the rapid growth stops while the nodes at the top start growing upward.

It however isn’t just the surprising properties of the floating paddy that have made it so sustainable an avenue of cultivation in flood prone areas. Also spectacular is the manner in which the submerged crop draws also its required nutrients from the silt and sediment accumulated by the flood water to be a really eco friendly mode of production that does not necessitate any substantial use of agrochemicals nor calls for much care nor effort to their growth. While that itself makes deepwater rice an organic crop, therefore essentially more enriching in its nutrient and health profile, the environmental basis goes even further with its distinction as being the lowest emitter of the greenhouse gas methane among the wetland rice ecologies, producing just one third of the emissions as compared to regular varieties of paddy.

But the climatic conditions that floating rice grows conducively under being restricted only to certain regions of the world as well as its slow yielding nature impacting its demand in the world market and thereby adversely impacting production, it is clear that this variety of the crop is only a means of sustenance and not so much a means of livelihood. However, there exists another ‘floating’ concept in the world of cultivation that presents as ecofriendly as well as economically viable an option for food issues in regions where seasonal floods have come to be the order of life. Floating gardens are what these remarkable ‘institutions’ of traditional farming are known as, that has been prevalent since at least the times of the Aztec Empire of the 15th and 16th centuries. But most prominent are the floating gardens of Bangladesh that have been designated by the Food and Agriculture Organisation as a World Agricultural Heritage under the Globally Important Agricultural Heritage System (GIAHS) for innovation, sustainability, and adaptability. Other notable world regions where floating gardens have come to establish themselves as part of the traditional and cultural exploration of geography there include the Dal Lake in India’s state of Kashmir and the Inle Lake of Myanmar even as records persist about similar such floating gardens having found relevance in China as early as the 13th century.

A rather ingenious mode of cultivation continuing into the present times in the form of what the Aztecs devised as Chinampas, floating gardens are really fascinating models of traditional innovation that make use of reeds and weeds, otherwise invasive species disruptive to many a practices related to farming, to build natural, eco friendly rafts that serve as the ‘land’ on which a diverse variety of crops can be grown. Known locally in Bangladesh as dhap or baira or in India’s Kashmir valley as rad, these are platforms made from water hyacinths or paddy stalks that are allowed to rot and weaved into floating mats, then mixed with such manure as cow dung and silt to make for a self sustaining ecology in themselves on which vegetables and fruit crops can flourish even in times of the deeply unsettling furore that frequent floods have been long a harbinger of. Ranging widely in the size and length of them are these floating gardens that go on to be breeding grounds of produce, upon which crops are planted much like floating rice, first upon other ecological grounds where they are allowed to grow some life and then transplanted onto these portable rafts of waste, anchored again with equally exquisite traditional means so as not to allow to drift them away. Much like floating rice, these floating gardens grown produce also tend to be largely organic, deriving as they do their nutrients from the natural basis of their standing, making them also therefore cost effective, viable means of agriculture that cater well to the pressing demands of the times, be it in terms of climatic changes or in terms of customer preferences.

A wide range of vegetables are grown upon these floating gardens in Bangladesh where it has long been a way of the farmer life there. Everything from okra, bitter gourd, snake gourd, spinach and brinjal to turmeric and ginger or even rice seedlings are planted on these beds during the monsoons that however do not cease to be of use once their period of serving is over. During the late autumn season when the flood waters recede, these floating gardens find their way back into the earth as biodegradable entrants as they are broken up and mixed with the soil where they continue with their intriguing functionality as manure for the land that produces winter crops like turnip, cabbage, cauliflower, tomato and red amaranths.

In Kashmir though, the floating gardens are even more distinctive in their legacy as being landless alternatives for farming, coming across as two distinct types of them, each yielding the produce of a different set of crops. The rad or the radh is a mobile floating garden whereupon tomatoes, melons, pumpkin and cucumber are grown. The other type, called the demb is static but much more versatile where turnip, radish, carrot, saag are grown during the winters and melons, tomato, cucumber and pumpkins in the summer. What’s really phenomenal about such sustainable means of production that uses wholly natural techniques and ingredients to harness the power of the world for a yield that benefits mankind without largely disturbing the balance of the environment is however not just the organic essence of the farming. It also is a natural way of continuance for the water based ecosystem whereby such products that have the potential to persist as waste and thereby pollute the waterbodies naturally are effectively rooted out and instead put to use in such means of production that hold a greater good within the evolving spectre of natural evolution instead. Non polluting, non exerting and non interfering even in their necessity as essentially needful provenances, the floating dynamics of the cultivating world are too diverse and too amalgamating a traditional saviour of the modern humankind needs to tap into for their own nurturance. 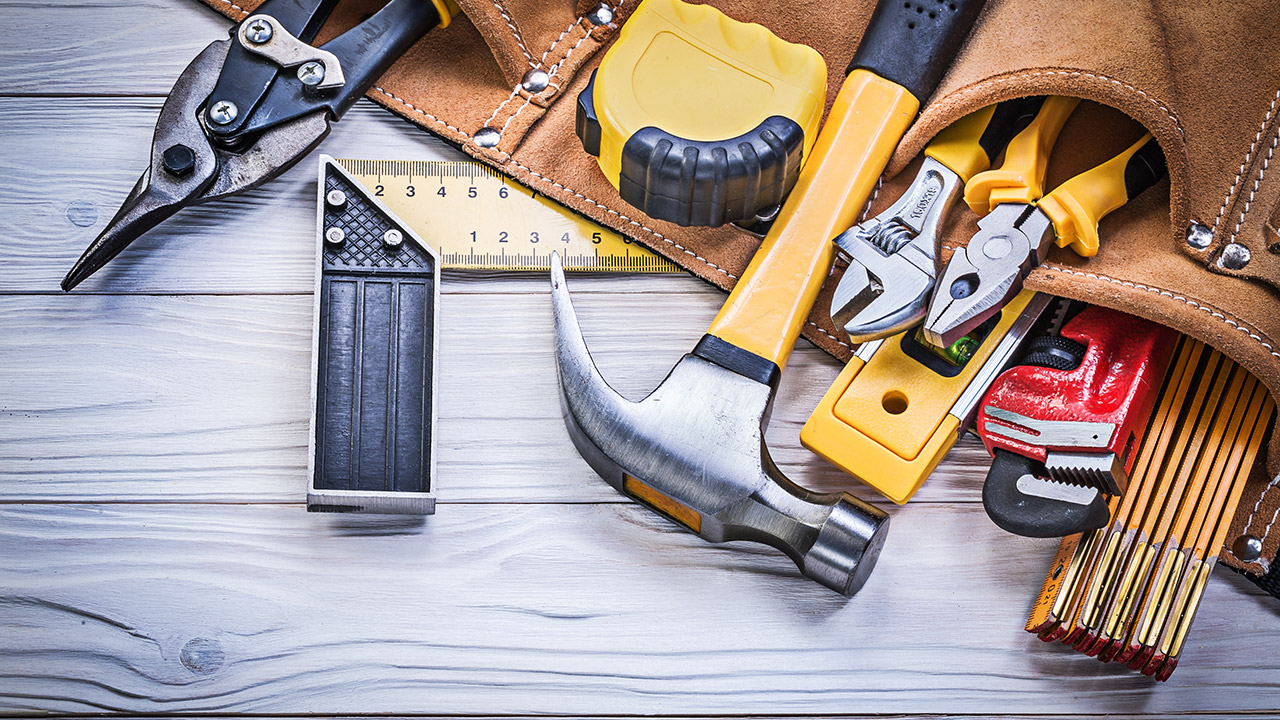 Weird ways you can land up in jail in a foreign...