INNFINITY
Home Limitless The free spirits of the distilling world 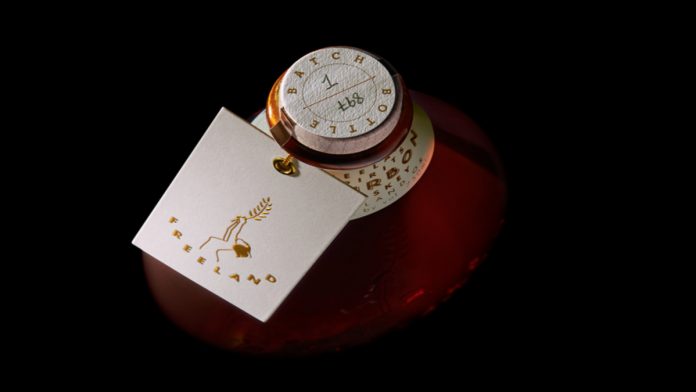 There’s something so special about a woman who dominates in a man’s world.

Bad Girl Riri might have spoken out one of the most profound of hard hitting truths when she acknowledged the worth of women marking their territories on such grounds ‘not meant’ for them, though this long standing debate of what is meant for whom or rather who is destined to what end in life comes across as a consideration rather whimsical. For it is us who script our own destiny, irrespective of the many adages that believe that we would end up only with what fate has in store for us. It then therefore is pleasantly surprising to increasingly encounter such instances of precedence occurring more than commonly today, whether it be the paradigm shift in the rise and success of black owned businesses or the many ways in which women are setting out to win the world, especially in such aspects of life that they were never considered to be meant for, and other such myriad instances of inspirational journeys cutting across all barriers whatsoever, that signify a world of hope and acceptance, sometimes in serendipity but mostly in sheer assertion of will power, defying each and every doubting remark or any sly hint of condescending attitude that attempts to show one their place, or in fact raze their confidence down to it, establishing therefore a world where it isn’t about what one should or shouldn’t do but instead a utopic realm of the fair world where every single soul does all that they want and love to.

Of such world of the ideal therefore is a certain stemming that cuts across all norms and expectations even in doing what they do best. The story is of a certain Freeland Spirits in Portland of Oregon that is one of the few wholly women-owned and operated distilleries in the world. Putting estimates into figures has this rather young idea of visionary stemmings accounting as one of the less than 2% of distilleries owned by women not just presently but in history as well. Founded in 2017 by Jill Kuehler as the realisation of a long cherished dream she shared with friend Cory Carman, Freeland Spirits is the true embodiment of its name in essence. A leader in agricultural education herself, Kuehler’s venture might have been the outcome of an enterprising mind that sought to celebrate the worth of women but the pursuit of it that came to be is one indeed rooted in some sort of serendipity. Freeland undoubtedly is a name that sums up the vision that emerged from the mind of someone seeking to embrace the understated power of women, in sync also with the Oregon state motto of Alis volat propriis, that translates as “she flies with her own wings” but beyond this drawing are such remarkable odds at work making Freeland Spirits every it the wonder it is. Named after her teetotaler grandmother or Meemaw, as what they call grannies in Texas, Jill’s Freeland Spirits might be an anomaly in the distilling world as far as its women exclusive identity goes but in embodying the true spirit of women, most aptly that of her grandmother Freeland from whom she came to believe that women can be all they want to be, this particular craft spirits company- and all its range of delightful offerings- is surely a remarkable one in all of its encompassments, and especially for someone like Kuehler with no any experience whatsoever, Freeland Spirits is nothing less than a phenomenon already within just years of its beginnings. Celebrating the women of the craft in all that they do, Freeland Spirits relies on gals growing the grain to the women running the still in dishing out superior spirits that celebrate and honor Oregon’s rich bounty of fresh grains, produce, and water to deliver an out of the world experience of the taste of freshness with its “grain-to-glass” philosophy.

What undoubtedly has helped Freeland Spirits chart the path of its success as one making waves in the spirits world with its impeccable product lineup has much to do with not just the vision of its founder but also its belief in master distiller Molly Troupe. The youngest female Master Distiller in the United States, Troupe boasts a background in biochemistry and a Masters Degree in Distillation from Heriot Watt in Scotland. Her two fold process of creating the signature gin involves first the traditional infusion of 14 botanicals, including lemon and grapefruit peel, pink peppercorn, star anise, coriander and, of course, juniper in a traditional copper pot. However, it’s the ultimate step of the distillation process that sets the Freeland product apart from other gin. The local farm produce of fresh cucumber, mint, rosemary and thyme are distilled separately in a state of the art vacuum which is what lends the final product its distinctive layers of nuanced flavours, imparting it a character through its incorporation of the rye that has been described as fresh-baked bread.

No less exquisite is the bourbon that Freeland has been rolling out in American oak barrels since 2018. In its homage to the South, and to Grandma Freeland, the namesake of Freeland Spirits, the soft caramel, vanilla and spice flavoured whiskey adds also an element of Pacific Northwest terroir in its final rest in Oregon’s Elk Cove Pinot Noir barrels, that helps it to achieve a balanced texture through a harmony of flavors. Starting 2019, Freeland Spirits also has been dishing out its range of exclusive canned cocktails, with beginnings rooted in celebrations of its one year anniversary. Notably though, in the 2020 wake of the COVID 19 pandemic, Freeland Spirits rose also to the opportunity and other distilleries around the world made thousands of gallons of hand sanitizer for the City of Portland, health care facilities and non-profits. Furthering therefore its social responsibility while continuing to emerge at the top of the intoxicating game, through an exclusive team of women in a domain traditionally the domain of the men, Freeland Spirits is just the apt representation of its name, in doing so remarkably whatever it envisions to be, earning itself therefore features in such coveted publications and journals that includes the likes of Forbes, Vogue, Refinery 29, The Washington Post, Craft Spirits, Newsweek and the like, endowing it therefore with an eminence that does not come easy to all, especially not in a mere four years of nascent beginnings.

For a distillery so uniquely rested in the universal premise of it, Freeland Spirits undoubtedly has amassed a global reputation, distinguished also in the essence of it, in producing some of the finest gins and tonics the world can party along with. Making its way also to the Indian mainland is this one of a kind world class distillery through the spectacular route specked by its superior spirits, quite early on in it’s already exemplary journey. Travelling all the way from Portland to Assam in India via Kalimpong, the Freeland Spirits Bourbon Whiskey has coursed through in a manner that captures best the free landing spirits of the women largely responsible for changing the distilling world, through a ‘barrier breaking company’ that is touted as somewhat of an unicorn in the realm it so owns today with much conviction and pride.

This however is still not the maiden instance when this particular distillery, already iconic in its mere 4 years of existence, has crossovered into India, courtesy its permeating presence in areas that seeks to celebrate the worth in all women. With also an Indian name being the first ever recipient of the Freeland Spirits Award that it started it 2019, the association seems to be a well ‘blend’ of identical ‘spirits’. Celebrating women (and those who identify as women) who embody the energetic, brave, ambitious, no-holds-barred approach that led to the foundation of Freeland Spirits at the first place is this recognition of the Free Spirit community impact program, awarded to Indian Dr. Shweta Moorthy whose personal experience as an immigrant woman of color in Oregon led her to work for the Coalition for Communities of Color since 2016 to dismantle institutional racism, eliminate socioeconomic disparities, and redress inequity of services experienced by communities of color in Oregon. Shweta’s determination to improve outcomes for communities of color in Oregon is just part of the compelling story that makes her the first recipient of the Freeland Free Spirits program. In her own awareness through a transnational lens to understand and participate in local social justice spaces and bringing her expertise in research justice to those conversations, the first ever Freeland Free Spirit Shweta earned for herself a profiling on the company website as well as an exclusive “Shweta’s Old Fashioned” spirit made available in the Freeland Spirits tasting room, with proceeds from the sale going as donations to Shweta’s chosen organization, the Coalition for Communities of Color. Indeed in celebrating woman in every capacity, whether it be someone crafting their drinks or someone crafting their own destiny against all odds, Freeland Spirits is essentially an ode to the unbeatable spirit of every woman in the world. 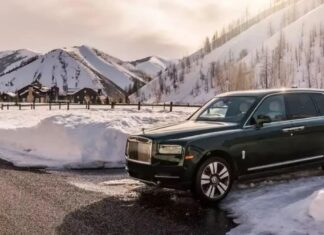