India is fast emerging to be a global superpower in the world of sports, brushing aside the popularity of just cricket and playing on other gamely territories as well. This isn’t anything surprising for a nation that itself has birthed so many world popular sports. From purely recreation games to sports that can compete at the international level, here are some of the sports that have originated in India and are now popular all across the world-

Kabaddi, as a contact sport, originated in India. And it is widely believed that as a pre historic sport, Kabaddi was practised to ward off invaders. However, the true story is a far diversion from it.

Believed to have originated some 3000- 5000 years ago during the Kurukshetra war, Kabaddi owes its allegiance to warrior Abhimanyu. There exists striking resemblance between modern day Kabaddi matches and the manner in which Abhimanyu was captured by the Kauravas.

Perhaps the only combat sport in which defense is a collective effort while offense is a one man thing, Kabaddi is widely referred to as the Game of the Masses and generates frenzy among spectators. With thrill and excitement ruling every moment of the game, it is no wonder that the popularity of the sport is increasing rapidly in the world arena.

Millions of people from as many as 65 countries of the world play this game in its various forms now. The sport started gaining its status in the modern time since about 1930,emerging thereafter to be the national sport of Bangladesh. Native to the Indian state of Tamil Nadu, the term kabaddi is derived from “kai-pidi” meaning ‘to hold hands’.

Played between two teams comprising seven players each, the modern form of the game is a synthesis of several old versions of the same sport. Kabaddi is as much a game of strategy as of strength. Stamina and agility, muscle coordination, swift moves as well as a sharp and open mind are crucial elements required for the game.

Kho kho is another popular outdoor game that originated in India. Hailing from the state of Maharashtra, it is one of the most played tag games in the country. A game of touch and chase in principle, kho kho was played in the ancient times on raths or chariots and was therefore known as Rathera. As a game deep rooted in ancientry, kho kho probably has its origins in the battle of Kurukshetra where one of the popular defense tactics of the modern day version of the sport was probably employed as Ring Play.

Each game of kho kho is played across two innings by two teams of 12 players each, of which only 9 take the field at a moment. As one team seats on their knees in the middle of the court, with adjacent players facing opposite directions, the ninth member goes on the chase to knock out the opponents. Like kabaddi, a game of kho kho also involves obligatory shouts of kho by each chaser as they tap another member with the back of their palm to continue with the chase.

In the international arena, kho kho has been growing in popularity over the years. It was included as a demonstration sport at the 1936 Berlin Olympics and at the 1987 South Asian Federation Games. In the Indian subcontinent in particular, kho kho continues to be widely played, with the sport even being incorporated into the Indian Olympic Association.

Chess is the modern version of chaturanga, an ancient game that developed in India even before the 7th century. The Gupta empire of the northwestern part of India are believed to be the people from where this game gained prominence. Chaturanga referring to the four divisions of the military, namely infantry, cavalry, elephants and chariotry, eventually became shatranj with its popularity in the Muslim world.

Originally played with a dice on an 8X8 chequered board called ashtapada, the earlier encompassment of the four divisions translated into the modern day game as the four types of pieces that we know today as the Pawns, Knights, Bishops and Rooks. A term very ubiquitous to a game of chess, checkmate, is also a derivation of the ancient times. The Persian phrase shah mat meaning the king is helpless is the etymology of this modern day chess terminology even as the game dwells quite a lot on its origin even in its present standing. One of the most popular sports in India currently and also a dominant presence on the radar of world sports, chess has evolved to be a mind game rather than being the game of chance of the ancient times.

A highly popular board game of India that is a definite means of relaxation, ludo is a draw upon the ancient Indian pachisi. Though in context, the modern version happens to be a much simpler interpretation of pachisi, ludo still remains very much a derivation of it. Pachisi traces its roots to as long back as the 6th century, the evolution of which is depicted on the caves of Ellora. Played on a cloth board traditionally, Pachisi also closely follows the game of Chopad which was invented sometime between the 2nd and 4th century. With cowry shell and wooden pawns to plan maneuvers, pachisi or chopad was modified to use a cubic die with dice cup and patented as “Ludo” in England in 1896.

The much popular table top game, carrom is indigenous to India. Essentially a strike and pocket game that enjoyed huge popularity during the early part of the 19th century, particularly during the first World War, carrom was believed to have been invented by the ancient Indian maharajas. With the International Carrom Federation set up in 1988 in Chennai, India’s legacy of this fun sport was even firmly validated. The game sees much variations in its modern day interpretation, either in format or in even the materials of playing. Carrom is now popular also in Europe and the U.S. apart from being family favorites across South Asia and the Middle East.

While wrestling in itself did not originate exclusively in India, there is evidence of the prevalence of some form of wrestling in the country of the ancient times. The ancient Indian vedas as well as the epic sagas Mahabharata and Ramayana chronicles wrestling as a martial art of yore. In fact there exists record of a malla- dwanda or wrestling match between Bhima and Jarasandha in the Mahabharata. It is an inference of this malla dwanda that has led to the development of a special form of folk wrestling called pehlwani in India.

The precursor of such associated fields of sports like Mixed Martial Arts (MMA), pehlwani has also been one of the many origin points of modern day wrestling. The oldest combat sport in the world, wrestling today is one of the most popular dominions in the realm of international sport and commands huge fan frenzy with its riveting energy.

Martial arts, like one of its components wrestling, is also a sport of diverse origins. But the foundation of modern martial arts rests likely in an amalgamation of the Indian and Chinese styles of martial arts. To that effect, martial arts is another sport of Indian origin popular the world over. A range of sports that include various art forms, martial arts are widely practised not only as fighting ans defense techniques but also for their many benefits on health and fitness.

One such long standing of Indian martial arts, in fact among the oldest forms still in existence, is Kalaripayattu or Kalari of Kerala. The Mother of All Martial Arts, Kalari’s employment of weapons and combative techniques stem uniquely of India. There also exist numerous other Indian martial arts that enjoy widespread popularity even today. Be it prominent martial styles like archery or wrestling, India has its roots spanning across a range of them.

One of the few Indian sports that has its roots in the modern times is throwball. Originating in the country as a women’s sport during the 1940s, throwball however happens to be a derivation of a recreational sport popular among women in England and Australia during the 1930s. It was only during the close of the 20th century that the game came to be played by both men and women in the India subcontinent.

While throwball closely resembles volleyball in quite some aspects, each one of the games is governed by its own set of rules. Two teams of nine or seven active players each have to throw the ball to the opposition across the net who in turn have to catch it and throw it back immediately, withing three seconds to be precise. A highly dynamic and engaging sport, this is a non contact ball game that remains mostly popular in Asia while gradually being an emergent sport in other parts of the world.

Badminton might not have originated in India per se but the modern version of this sport is sure rooted in the subcontinental origin. Developed in British India from the earlier game of battledore and shuttlecock, badminton became popular as Poona or Poonah after the town of Poona where it was most played. Though initially badminton used to be played with team of one to four players, it later became an exclusive single and double players game. One of the most popular sports in the world as far as amateur participation is concerned, the sport’s Asian origins have meant that this part of the world also dominates the sport’s proceeding at the global stage. China is the undisputed leader of the game, while India is also fast emerging a superpower with a legion of talented players who have helped popularise badminton even more in its country of origin.

An ancient Indian board game Moksha Patam is popular the world over as Snakes and Ladders, a classic mode of recreation. Developed in India as part of a family of dice board games during the 13th century, the game also has moral significance. Associated with traditional Hindu philosophy contrasting karma and kama, or destiny and desire, Moksha Patam was marked by ladders that represented virtues and snakes that symbolised vices. The game was introduced in Victorian England in 1892 which incorporated changes in its essence in accordance with the English doctrines of morality. It was in Britain that the now iconic game got its present name. A popular cultural metaphor as well, as is evident in its dawning of phrases like ‘back to square one’, Snakes and Ladders prevails as different editions in different parts of the world.

Polo in essence might be a sport of central Asian origin but the modern version of it is one that derives from its prevalence in the Indian state of Manipur as sagol kangjei, kanjai-bazee, or pulu. But despite its northeast India linkings, it was Mughal emperor Babur who popularised the sport in India and helped it in gaining prominence also in England and the world. The Imphal Polo Ground in Manipur is in fact the oldest in the world. Polo is generally played mounted on a pony but the British in India also used to play the sport from the back of an elephant- a form that is still prevalent in certain parts of India. A four player right handed game, polo is now played in numerous countries with their own regional distinctions. 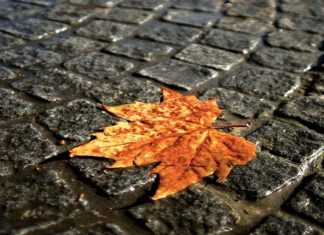 The Indian Coffee House in Connaught Place: A generous serving of... 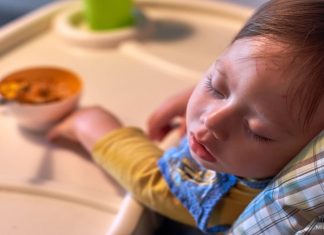