As the deity that reigns supreme among all the Hindu gods, invoked at the beginning of every auspicious occasion because he indeed is Vignaharta or the staver of evil, the elephant headed divine form of Lord Ganesha is pivotal to the whole exploration of Hinduism. In fact so revered is the position of the elephant God within the concerns of the Hindu religion that any auspicious beginning of a Hindu nature is referred to as marking the Shree Ganesha of it, as a way of bringing upon oneself the blessings of the divine power. As therefore one of the most important religious festivals celebrated in India, Ganesh Chaturthi is an occasion of massive fanfare and frenzy, steeped indeed in devotion towards the deity forever presented as of favourable disposition along the recountings of many a Hindu scriptures.

So integral is this ritual of evoking indeed the good grace of the lord of wisdom that the celebrations pertaining to the advent of Ganesha mark the calendar twice in a single year. But while the basis of celebration might be different, the value at the core of this observance remains the same. Typically celebrated sometime in January- February every year and then again in August- September are two different occasions, the former being the birth of the Lord marked as Ganesh Jayanti and the latter, more popular pan Indian celebration of Ganesh Chaturthi that marks the arrival of Ganesh to earth from Kailash Parvat with his mother Goddess Parvati/Gauri. And while this distinction might be fairly well eked out, the adherence to the belief that Lord Ganesh would inevitably dawn upon favourable beginnings is what perhaps sets both these celebrations in a period of time that just precedes the beginning of the festival season in India, this being more so the case with Ganesh Chaturthi, the celebration of which marks in fact in some unrelated but significant manner the heralding of also Goddess Durga and her cohort on earth. Ushering in also therefore the Durga Puja fervor and an all round celebratory mood, it is no wonder that Ganesh Chaturthi observances are so anticipated by all in our country throughout the year.

The son of Lord Shiva and Goddess Parvati, Lord Ganesha has always enjoyed a high standing within the ambit of Hindu religious folklore. However the origins of the celebration of Ganesh Chaturthi are not so clearly defined though it is for certain that since at least the times of Maratha ruler Shivaji pertaining to the 17th century, the city of Pune has been witness to this extravaganza of extreme religious fervor. The Peshwa reign that followed in the next century furthered the significance of the occasion by beginning the public celebration of a Ganesh festival during the month of Bhadrapad in their capital city of Pune. And while the celebrations became almost muted during the course of the British rule in India, it was freedom fighter and social reformer Bal Gangadhar Tilak who revived the essence of the festival though for a very different cause altogether. Championing the mass celebration of Ganesh Chaturthi was Tilak who saw in its observance an opportunity to defy the colonial dictum that banned Hindu gatherings in the country through its anti-public assembly legislation of 1892. And defy he did indeed, and with him the whole of Maharashtra and also thereupon the entire nation for whom Lord Ganesh marked the beginning of an era of nationalism that would go on to end the oppressive colonial rule in the country.

With such a diverse legacy and significant history to boast of, Ganesh Chaturthi celebrations have come to occupy even more prominent a centerstage in the Indian context, religious or otherwise. For in fact, even as its essence that lies within the realms of Hinduism, the associated celebrations are as much encompassing of the cultural fervor of festivals as harbouring it is of the religious spirit. Over a period of ten days, the celebrations unfurls in splashes of color and infectious bouts of gaiety, even as preparations for the much awaited festival begin months in advance. Idols of Lord Ganesha are sculpted out of clay and hand painted by artisans and the people alike and installed at homes and across puja pandals where the deity is worshipped through chanting of Vedic hymns and Hindu texts, prayers, with offerings of flowers and traditional sweets as prasadam even as public celebrations also entails the organisation of feasting, athletic and martial arts competitions. Celebrations at homes are less elaborate but never subtle with Bappa always revered in devotion and worshipped still in a certain spirit that speaks perhaps of a fondness for the elephant God, both in his stature as the God of New Beginnings as well as his endearing childlike innocence in which he is usually depicted. As the region from where the celebrations spanned out and where they still are the most elaborate of all, even the sculpting of the Ganesha idols is as auspicious an occasion in itself, beginning with “Padya pooja” or worshipping the feet of the deity.

As steeped in importance as the entire festival itself is the last day of it that sees the immersion of the idol in a waterbody, symbolic of the belief that Ganesh returns to Mount Kailash to Parvati and Shiva on that day. Carried jubilantly in processions carried out by hordes of ardent devotees who sing and chant songs and hymns of glory of Ganesh, the departure of Ganesh is celebrated as reverently as well, with the accompanying belief being that the Vignaharta also takes along with him all obstacles on his return journey. Known as Anant Chaturdashi, this last day of the festival marks indeed the remarkable end of a religious festival so imbued with the virtues of love and harmony and joy in immense hearty measure that makes the entire saga of Ganesh Chaturthi celebrations an occasion that every Indian excitedly waits for in fond devotion of Bappa’s glory. As booming chants of Ganapati Bappa Morya fills the air, the vibe permeating the atmosphere becomes all the more palpable, as a certain positivity and exuberance takes over all, in the truest manifestation of the fearless spirit that Lord Ganesh dawns along with him as he descends to shower his blessings on earth.

Celebrations of any nature are never complete without the mention of food and more so in case of Hindu religious festivals and such where every single occasion has an array of traditional delicacies specifically attributable to them. And so too is Ganesh Chaturthi steeped in the essence of most things sweet, with the elephant god’s penchant for some of the most exquisite sweet dishes that also are traditional offerings in different parts of India. And while there are a range of dishes quintessential to the worship of Lord Ganesh, the most ubiquitous of all such offerings has to be the healthy and delicious sweetmeat called the modak.

Known by different names in different regions and cultures within the country, this is a steamed rice or wheat flour dumpling filled with a sweet mixture of grated coconut and jaggery, though infinite variations of it can be made. The favorite among his really distinguished preference of sweets, modak is also what lends Ganesha his moniker of modakpriya. Meaning ‘small parts of bliss’ and symbolising spiritual knowledge are these modaks that are offered either in counts of 21 or 101 to Bappa for his worship, whether it be during Ganesh Chaturthi or any other invokation of him.

Stemming from Maharashtra but also popular elsewhere in India is a particular form of stuffed paratha called the puran poli that occupies special significance during Vinayak Chaturthi. Karanji is another sweet offering typical of Ganesh Chaturthi celebrations. Known also as gujiya and also a popular Diwali food is this again Maharashtrian bite of sweet crunchiness that encloses a mixture of coconut and jaggery and semolina within a sheet of dough, folded and shaped like a semicircle and then deep fried. Popular also is the karanji like sweet from Goa as a Ganesh Chaturthi food that is known as nevri there, particularly occupying the palate of prasad offered by the Goans and the Konkani folks.

Another Goan and Konkani delight that is partaken of as special Ganesh Chaturthi food is a savoury offering called sanna. Steamed rice cakes made from boiled rice, coconut water and coconut milk, sannas accompany other delicacies as well specially made to worship Lord Ganesha. Vundrallu is one such exclusive specialty that is a steamed, coarsely ground rice-flour ball and that is known also as kudumulu. Chalividi is equally popular a sweet dish, made from rice flour and jaggery as are offerings of laddus, most prominently motichoor ladoos that are a favorite of the Lord, second perhaps only to his much famed fondness of the modak. Puffed rice ladoos too are another sweet typically occupying the prasadam thali pertaining to the Ganesh Chaturthi celebrations.

Another diverse offering that Lord Ganesh takes delight in is the Karnataka specialty called the panchakajjaya. Generally a mixture of desiccated coconut, roasted Bengal gram powder, sugar, ghee, and sesame, the dish however can also incorporate other ingredients like roasted Bengal gram, green gram, roasted chana dal and/ or aval. Interestingly, a similar version makes for a Maratha specialty as well, known as Panchkhadya, from which there spins also a particular Panchkhadya modak, much to the delight of the beloved elephant God for sure!

Apart from sweets, Lord Ganesha is also worshipped with some of his other favorites, most prominent of them being bananas and durba grass, the latter offered also in 21 blades to appease Bappa. The celebrations in Andhra Pradesh though takes a route along the savory tastes, with its offering of Kobbari Kudumulu or Undrallu that is a spiced and steamed rice ball. Mention may also be made of the yet again Maharashtrian offering of rishi bhaji that is a very ubiquitous dish offered to Lord Ganesh, Navagraha(nine planetary Gods), Saptarshis (seven Sages) and Arundathi on Rishi Panchami, the day after the commencement of the Ganesh Chaturthi celebrations. A mixture of vegetables like sweet potato, pumpkin, raw banana and corns are cooked into a sabzi and offered as part of naivedyam to Ganesha and the other deities worshipped on this day.

Along such variations of tastes and textures and flavours, the celebration of Ganesh Chaturthi, resident though in a common belief of goodwill and goodness, marks an occasion that is yet again an ode to the unity in diversity permeating the Indian identity, in a manner that is atypical but significant nonetheless. Be it in its encompassment of the ideals of religion, the virtues of culture or the pride of a history unified in its essence, the occasion of Ganesh Chaturthi truly is one of the most notable celebrations in the kaleidoscope of vibrant charms that India rests in, spiritually, physically and quite so naturally. Sunglass Styles That Will Never Go Out Of Fashion 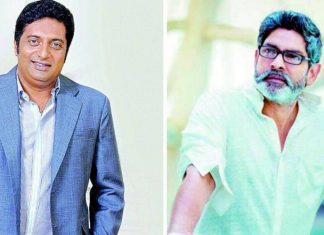