INNFINITY
Home Limitless Intimacy in the ‘Gehraiyaan’ of it A film on infidelity that also brings together a very fresh pair on screen even when not exploring any less with the parallel leads- or at least one of them- being as ‘noticeable’ presences, and with a trailer that has set the tongues wagging already, the upcoming Bollywood release Gehraiyaan seems to have ticked all the right boxes. Add into that a distinction hitherto unheralded in the context of Indian movies- of roping in a separate intimacy director to be at the helm of affairs of what is an intensely intimate film indeed, both physically and emotionally, the Deepika Padukone- Siddhant Chaturvedi starrer seems to be a whiff of fresh air in both its vision and visage.

In Ukrainian film maker Dar Gai, Gehraiyaan director Shakun Batra discovered an ably experienced ally to manifest his idea as realistically as he intended to, with the critical nuances of intimacy taken care of by Gai in what is a remarkable first for an Indian film. Assisted by intimacy coordinator Neha Vyas who conducted a number of workshops with the actors to have them totally on board in exploring this concept in novelty, Gai set about her job in eliciting as naturally possible an intense deliverance of shared intimacy as per the demand of the script. In an experience she terms one of her favorite ever, Dar Gai worked with the ‘extremely collaborative’ duo of Padukone and Chaturvedi across the ‘specialised field’ of intimacy in sync with director Batra’s idea of the intimate scenes striving to further the film’s narrative in as authentic weavings of it across its pace.

Intimacy isn’t ever easy- either to build it up personally or to employ it as a device of delivering core ideas embedded within the vision of a filmmaker particularly because it tends to be highly ‘volatile’ a concept still largely a taboo- overdo it and you are there already on the periphery of the vulgar, underact and what you will deliver are only some laughs devoid completely of the essence of what it needed to eke out as a natural trail of emotion. Which is why having an expert with more than enough insight into the intricacies of its working, much like any other department of say the songs and the dances or the action sequences, is more than necessary for such performances that is commendably evocative of the calibre of all concerned. And indeed with harassments and notions of inappropriateness harbouring so much power to ruin perfectly pitched settings when it comes to contending the somewhat contentious as well considerations that intimacy very often entails, intimacy directors have emerged to be all the more indispensable assets of every film set. But while this is a practice already quite established in the west, the Indian film industry had been not so steeped yet in its adhering to this necessary mode of making art stirring enough of the senses. Not until Gehraiyaan that is, when Shakun Batra chose to take the leap both out of concern for his actors and to ensure as well that every part of his film comes out as the efficient craft that he intends to make it as, because indeed much like every other aspect, intimacy too needs considerable imploring and improvisation to flow in as natural a gait of it as possible. India might have had her first very own intimacy coordinator in Aastha Khanna only recently but with Gehraiyaan, the film industry sure would have more concrete a precedent to take after in its footsteps. 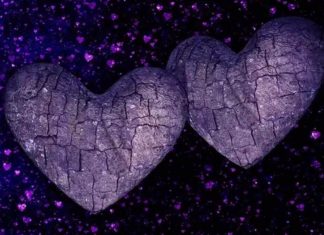