INNFINITY
Home Limitless Grudging yourself against the life you live 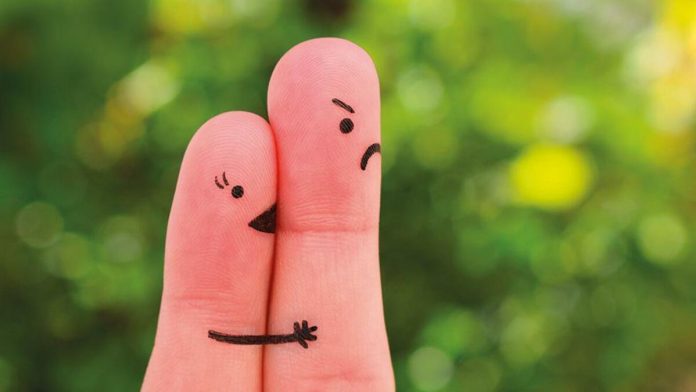 The human race might have evolved through the times to emerge as the ones acing the survival of the fittest dictum through years of roughening and conditioning, tiding over fatal spells of uncivility and equally monstrous decidings of nature. Even then, there still exist a tendency to lean towards the easy way in life, as and when we find ourselves in as advantageous a position that allows us the luxury of it. And not just in physical manifestations however, this proclivity to dwell in what is conventionally, or rather instinctively, the most ‘natural’ of reactions to life situations, is as much innate a nature that defines the human mentality. That explains why the world today stands so much closer to the periphery of all that is negative, because in its easy lure, it indeed is the realm of the bads that we find ourselves most at home in.

Following this spontaneous reaction that governs the many paradigms that life unfolds in all its many triggers and ‘insinuations’, oftentimes what has us instinctively give way to the negatives that are but so natural of a human occurrence turn however also to be such instances of our existence that only lets us down. Be it our residing in the immensely rampant and easy lure of such sins as greed and pride and lust or our fanning of such negative ‘issues’ as anger and jealousy and the like, one thing has always been clear- that we are harming our own selves. And yet we persist in this clamour to succumb to such bads because it seems only a natural way of reaction for most of us. In our overtly instinctive nature and the ‘urge’ to ‘give it back’ almost instantly, we find ourselves most of the time in such a vortex of profound misery that can be avoided with but just a fair chance at allowing our selves to retain some composure, and perhaps some sanity.

One particular of such bads that also is just another easy way out of the many trigger responses that life- and people- is always so anticipating in eliciting from us is perhaps even more ironic a manifestation of this undesirable but almost certain way of doing bad to ourselves. What we are alluding here to in the discussion is something we harbour against others but to our own, it is as much of a evil as it is to them at the ‘receiving end’ of it, which however reveals to be not of a unifaceted dimension. Holding a grudge against someone at at least some point of time in our lives is something our hearts and minds are perhaps attuned to, albeit in different intensities. And that only is natural, with the vast propensity we assume to instantly be put off by mere vibes, it indeed is a given that such assertive acts and methodologies that do not sit in conformity with us are likely to put us at loggerheads with others. What we lose sight of however in this uncontrollable anger that has us seething with so much malice that has us harbour bitterness towards someone is the fact that in holding up a grudge, we aren’t merely allowing our minds to hold the other party in bad stead; what we are also allowing for is our own being to be infested with such rancid thoughts and rage that can do us more harm than what it perhaps can do to others.

While holding a grudge can only be ‘fair’ enough a reaction to something that has wronged you, it still is essential to note that letting yourself sucked in into that whole terrifying gaunt of bitterness is never the way you would want to go about your life. Grudges are meant to be let go after some time when the time passed is significant enough to not let that particular outbreak disturb you as much with its subdued intensity at a later moment. And thankfully, this ability to let go is something that is as innate a tendency to humans as it is to hold onto them. The problem arises when you consciously let yourself be so bothered by the grevity of what had transpired as a moment of tension sometime that you refuse to let go of it. You feed your anger with more resentment as you recollect all that had happened, never letting your mind loosen its grip over something that might even come across as flimsy at a later point of your existence. And that you do not because you cannot help that fit of rage that washes over you everytime you take your mind back to that trail of thought but rather because you pursue it with such passion and fervor that refuses to do your memory the favour to lose track of it. In persisting with your train of actions devised as a reaction to that happening, you believe you are satisfying your anger while tormenting the one who had been the cause of all your displeasure. And thus you further your fiddling with the grievances almost as if poring deep into a wound that would have healed, if only you had not been so absorbed with its premises that you don’t let yourself be disconnected from the appalling gore of its unsightly innards. Consider then, in supposedly granting yourself the ‘power’ to hold on to a grudge against someone, are you not letting your soul slip away from the greater power it needs to have on yourself? Is your existence so fickle a realisation in essence that you let it be governed by the effect others can have on you because you believe that it indeed is something that is an assertion of your hold over matters that ideally shouldn’t even matter? It is in poring deep into instances like these that you should be able to grasp the extent of possession your self is in, held by immaterial external factors in such detrimentally debilitating intensities that render your identity worthless, because you let things outside your being to define your person.

Holding grudges is rendered all the more bad an inclination to further given that like so much of the many negative airs we encounter through our lives, this also is a tendency that grows into a habit and morphs ultimately as a nature of us the longer and the more resolute allowance is granted to it. Slipping into this behaviour to harbour hard feelings against even the smallest of ‘wrongs’ we believe have been done to us is no less an addiction in itself. For in holding grudges, we believe that we are gratifying our existence, acknowledging our worth in such terms that render us superior to others. In having made this whole mechanism of nurturing the bitterness we feel towards others come to affect us so much, we make this negativity so ingrained an existence in our lives that it comes to define us to the point where holding grudges become as much as our second nature.

This in fact is not something exclusive only to that realisation of anger that grudges work so much on to compel us to work against others. It instead is the very essence of all feelings as negative as the one currently under consideration that has us spiral further into this abyss of mindless destruction. Cast as we are under the spell of something we feel so deeply and in such rage, holding grudges perpetuates as a process that has us defying all efforts that are directed towards making things right. Needless to say then that emerging from this whole facade of what is constituted only by the undesirable becomes an almost impossible path to tread upon. And thus, grudges grow and evolve and ultimately emerge to become a part of what defines us as a person. While that is in itself not very attractive a proposition to consider ourselves identifying as, it takes all the more virulent a strain of existence when it comes to impact also the expanse of our health. Surprisingly, something as psychological an inclination to hold grudges spell an array of disturbances that affect not just your mental state but also the physiological aspects of survival.

Among the most crucial of impacts that holding grudges can have on you is undoubtedly in making you more susceptible to widely ranging concerns for your state of mind. Stress for one, is a very obvious draw point. In overloading your mind with such emotions that are bitter, holding a grudge can cause you more stress than the one you hold it against. Allowing yourself therefore the calamitous disadvantage of being someone extremely stressed, grudges thereby call upon another range of associated problems. From developing anxiety to experiencing feelings of depression and such extreme reactions as agitation, grudges strive to alter the very nature of you. Of course, it goes also without saying that retaining too much bitterness in life makes also for a change in perception so unhealthy that further impacts your well being. It doesn’t just make you lose the person you are harbouring negativity towards. In impacting also your view of the world, holding grudges as a way of life hence impacts your other relationships. There is always the play of the subconscious to bring reference from every experience of ours to crossover into other aspects of life. The grudges that you tend to hold become so much a reservoir of negative thoughts that they deeply affect your life across its varied spectrums. In carrying over the burden of what weighs down on your mind all the while, holding a grudge even against a single soul can translate almost equal to harbouring resentment towards the whole world itself.

Even in concerning itself with detrimental physicality, holding grudges do not offer any respite. For one, it adversely affects the immune system of the body beyond what you would like to comprehend. This physical manifestation though is a stemming from the mental effects of this whole thought process fed by only the negatives. The added tension and stress you endow yourself with, courtesy holding grudges, disables your body’s repair mechanisms, increasing inflammation and the stress hormone cortisol in the body, thereby severely impairing the immune functioning of your body. That means obviously a higher susceptibility to all kinds of illnesses ranging even outside the purview of such discomforts caused by excessive stress. Additionally, there even can be such experiences of ill heath that are aggravated as a response to allowing yourself to bear the overwhelmingly taxing exertions of grudge induced negativity. In such wide ranging ways that holding a grudge can bear you down both physically and mentally, the question to ponder over is- is holding grudges worth it?

That itself boils down to one basic response of how you choose to view your life. If you are someone whose perception of the self is so rooted in prejudice of yourself, then holding grudges would seem like the ultimate act of ‘revolting’ because you would believe that such extreme reactions would have the one who had wronged your person, either knowingly or unknowingly, yield into the power you imagine to hold over them. If however you choose to live life in all its positivity, you would come to discern the futility that pursuing grudges would lead you to. If happiness and peace are what you expect out of your existence on earth and if life in all its blessings is your choice then you obviously would know better than holding grudges. Because learning to let go and making forgiveness the defining characteristic of your person is what makes you truly and exclusively human. 23 most epic top comments which deserve a place in the...