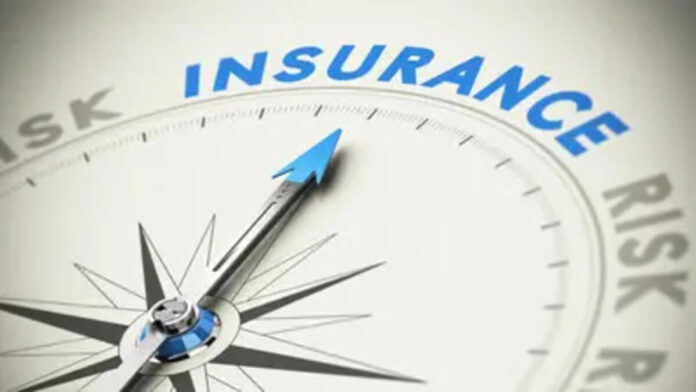 That something sophisticated enough to be considering of worldly concerns in all practicality like what is accounted for by the technicalities of the financial ‘weapon’ claimed by insurance should be a concept rooted in far, far times of the ancientry comes like nothing short of a surprise. But that indeed is what constitutes the fact of the matter in exploration today, as a topic rather steeped in the nuances of the trade that it deals with, which happens to be a multifarious case in accounting, but that which carries as part of its universal essence a history fairly fascinating along the folds of what one manages to discover in it.

It had been the empire of Babylonia whereupon insurance derives its roots even as the forever pioneering identity of the Greeks too dwelled upon this ground as well in being one of the earliest expanses of it. With also a couple Asian counterparts in the fray in this beginning of the interesting indeed representation of insurance as a more time evolved instrument in financial and economic leanings than what one would have likely assumed it to be, namely the ancient identities of China and India to be specific and this so essentially inevitable aid of protection and security in as material terms of understanding as possible has been a far widespread assertion in all importance of it.

Even in such universal exploration of the idea, it still is Babylonia though that emerges as one of the more prominent premises upon which insurance had its beginnings in some form not very alien as well than the current understanding of it. In fact rather concrete is the basis of and the elements across which the Babylonian taking to this claim in financial security finds unfurling, very clearly governed by what commands recognition as one of the oldest and most complete codes of conduct in such context of the legal implications embedded in pretty much every arena in organised activities within the civilised existence of the human species.

Occurring as the Code of Hammurabi and hailing from times as far steeped in history as the 1750 BC is this particular prevalence that carries within it such documentation in loss limitation that presents as even specific a mention of what is alluded to by bottomry contracts. Bottomry though was not exclusive to the Babylonians with the 6th century BC Indians as well as the 4th century Greeks and the Phoenicians of that era also going by the alludings of this mode in contract to secure for themselves the waiver of loans on shipments if and when the physical entity would be lost at sea.

Even beyond these expanses of exploring the certain reference in insuring that bottomry allowed for had been the ancient prevalence of Roman laws as well that recognised such provisions in related terms of agreeing upon some sort of financial security in much surety. The Romans furthered also the insurance claim in another arena of living not as direct a residing in the financial spectrum of it but justified still in resting upon the very costs associated with living in the physical world. That relates in some manner to the modern understanding of what characterise as the widely sought after provisions of life insurance, though more in consideration of the death rituals than the more cumulative strands of what is taken into account today, with the Rome of yore boasting such burial societies providing for funeral costs of members out of their monthly dues. To be more accurate though, it perhaps would be the

But the more definite way that insurance started out along as imbibed in the provisions made for it under the dictations of Hammurabi saw the loan taking merchants paying an extra amount of money to the lender, securing in turn a guarantee for the loan to be cancelled if the shipment were stolen. With the interest thus covering the insurance risk, loans in such surety were secured at first by the Achaemenian monarchs who also extended the terms to cover valuable gifts received by them.

The premise of its working in the gifted parlance tended to be rather interesting though, securing thus a guarantee for the gifter who happened to be various ethnic groups to avail help out of the receiver by means of the gift’s receipt recorded in a register! More apt in its description as a tribute annually accruing to the Persian royal by means of which the ethnic groups secured for themselves a guarantee in protection from their ruler, this ploy in political insurance sums up unique indeed a stratum across which the idea of insurance finds relevance.

And yet the earliest example of insurance law dates back even further to 1000 BC with a certain reference of the Rhodian Sea- Law evoked in this context to cater still to the seafaring risks. This related to the compulsory reimbursement of loss suffered on account of throwing cargo into the sea to avert the risk of sinking by which account every colleague of the ‘insured’ would collectively contribute to the effort.

Even more detailed in terms as insurance specific as possible would be a 4th century Athenian maritime loan that saw the interest rates differing as per different times of the year. This intuitive pricing of risk could not be anywhere more mirroring of one of the prime considerations of the more established instrument in protection that insurance today identifies as, stressing thus even further the development that this tactic in risk management had been furthering even in its rather early run.

Beyond such consideration in pure material riches, insurance even in times still ancient expanded also to cover the scope of precious health and dear life in general. The Romans of course were one of the first to set out exploring this aspect in necessity with their burial societies but also advanced in this regard had been the Greeks. With families of deceased citizens taken care of under such provisions that existed in these ‘benevolent societies’ of those times, the range of insurance activities and services can be stated to have considerably expanded even in its early indeed era of emergence. Elsewhere in the world, for instance in a not yet modern England it were ‘friendly societies’ that ruled the roost in this regard, as entities that made use of public monetary donations to cater to emergency needs in all generality.

Such collective assertions in spreading the incidence of risks from single individuals to a larger society is what sums up one of the key ideas upon which the instrument of insurance relies to achieve its seating in distinction. And throughout the entire range of human existence some form of such public assurance in security has existed even when not as something institutionalised like the modern day industry of insurance but as merely- or rather profoundly taking upon humanitarian and social responsibilities to help each other out in the event of even personal misfortune. Outside this all for one approach in insuring, it also had been a more wholesome assertion in collectiveness through which insurance came to gain prominence as a mechanism of crucial importance through such existences as public granaries and the like.

Even in such ‘humane’ considerations out of which insurance likely emerged as a scattered notion in minimising and/ or spreading the extent of risk, the more organised basis of it lie in the many a seafaring concerns it came to encompass as something borne out of sheer and true need. No wonder then that in such primitive almost ‘founding’ of maritime insurance, this particular stretch of securing also gains distinction as being the oldest branch of modern insurance.

Reiterated first in its current context during the 13th century in Italy by the Lombard merchants, maritime insurance carried further existing ideas in sea loans to become more universal a concept of the medieval times. But other, more sophisticated areas in dealing that insurance would come to cater did not occur well until the 17th century. It had been the unfortunate outbreak of the Great Fire of London in 1666 on an enormous scale that caused a widespread loss of property if not of life that particularly spurred the necessity of definite insurance policies to be in place to warrant for any such unanticipated disaster.

Property insurance and fire insurance were the most obvious entailing out of this tragedy in global resonance even as some other forms of insurance including that associated with the notion of human life had already come to find greater expression in England during the early years of the 1600s. It once again had been the expanse of Great Britain where business insurance emerged well enough by at least the 17th century even as marine insurance continued to command the dignity of its continuing legacy in prominence with the country’s rapid growth in the evolving commercial context.

Life insurance, accident insurance and national insurance would be the next to follow in this path of popularity even as other particulars within more general ambits of possession and property mostly like car and vehicle insurance, motor and home insurance as well as specific and extensive identities in one single assertion of say travel insurance would find their own place of standing amongst the insured claims. And thus continuing along this particularly classic trail of the many a things and experiences that it secures, not to forget of course the ultimate covering of risks of life as well, is this protective and mitigating mechanism in risks and unforeseen but aware contingencies that pretty much is what define the unpredictable essence of life itself. 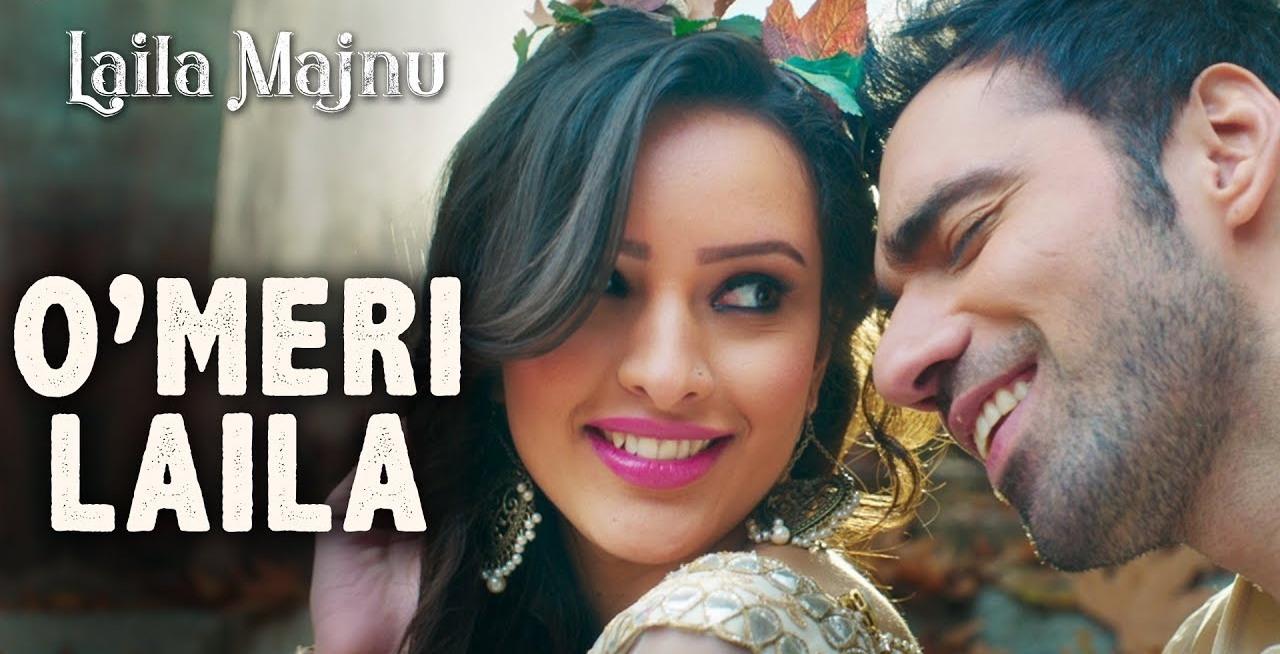 Are you adhi billi? Find out if these 16 characteristics of...