A fun, even thrilling leap into the air at one moment, an almost resounding thud upon the ground at the next, the game of seesaw indeed is an exciting experience that kids partake of in all enthusiasm even as there prevails a slight but certain fear of that touching of the lofty heights of the sky- well, not exactly but at least allegorically, making for an encounter in peculiar appeal, one looked forward to more than what its holding one up in the sky should essentially allow scope for. Such is the joy of taking to this almost balancing scale- like equipment in fun and play, in routine regularity all through one’s childhood that has even grown ups yearn at times to scale the simple yet profound ends of this playground staple for the sheer nostalgia of it. And so they do, in parks and across playgrounds trying to not thrust their entire adult weight (more metaphorical perhaps than physical) upon these robust scales of memories of good times of the past that now would be fragile enough to give way under their graying expectations, spanning such scenes of amusing delight and an almost heart aching joy in often rareness that stand testimony to these simple pursuits of fun being in fact the little pleasures across which life balances itself across the scale of the fleeting years.

It though isn’t philosophy that we tend to explore nor any discourses of the futile entity that life is that we wish to impose upon the sweet and simple and essentially fun element of what characterise this particular apparatus of playing arrangement meant indeed for kids, springing and squealing in part delight part thrill as they go aboard the seesaw to chart yet another chapter supporting of its timeless character in utmost fun and enjoyment. Keeping the premise as suited to its stemming out of simplicity, both in essence as well as in its mechanism of working, we instead allude to the very essential identity of it in playing as a long, narrow board supported in the middle by a single pivot point some little way above the ground such that any weight placed on end entails the parallel going down of it and the going up of the other. Of course the extent of both the lift and the drop depends on the measure of weight made to bear by either end, and as one child makes their way upon one and the other leaps upon the opposite edge, the ‘battle’ ensues of exerting indeed all their power to either have one of the younglets ‘stranded’ in the air while the other refuses to budge from their stomping through sitting upon the ground or else a more amiable, optimum motion in continuous ups and downs for as long as they want to sustain that effort in togetherness, of course all in the utter joy of it. And indeed, there is no rule as such that mandates only one child each to occupy either end of the seesaw which means that sometimes coupling or tripling is very much explored along this range of childhood ups and downs, again pursued all for entailing the joys and giggles out of this experience in shared steering of the seesaw.

As simple as it might seem as a mere child’s play, the gravity of what entails out of this device in all its gaming exploits, in of course the non technological sense of the term can be as immense as one would want to make out of it. Whether it be in imparting lessons in shared effort or delivering instead benefits of the physical as well as emotional and intellectual kind, the humble seesaw is not without purpose outside of its playable nature as well. In its very principle of working that sees the two characteristic actions of the landing and the ‘takeoff’ play out as assertions in rather impactful force, the seesaw makes for a surprising but effective exercise in strength- training. The hitting of the ground in fact helps in keeping the bones strong while the exertion of force necessarily governing the opposite action ends up working the legs and buttocks as well as the core muscles of the body. That itself is significant indeed a benefit availed out of so simple a system of play but even more exemplary are the goods that seesaws impart along the realms of the social and the sensorial, making it therefore no less than delivering of crucial life lessons indeed. First of course is the sense of balance that children develop through their seating upon the seesaw, that which by its very principle of moving bodies in verticality helps adequately the balance regulation system, in such extent and matter that no other fun playing equipment ever can. Balance and coordination is also innately and intuitively inferred by the child from their motion in the up and down across the range of the seesaw, making it a rather important routine of regular play schedules. Seesawing also helps in the development of fine motor skills that in combination with the learned yet technique of coordination and bodily control helps synchronize the muscles of the body as well for enhanced bodily functioning and better performance of physical actions. Correspondingly other physical benefits of seesawing occur in such assertions as healthier heart and lung functioning as well as an improved immune system, all in its holistic role as such activity in play and leisure that have been indeed pursued over the ages in sufficient substance.

Cognitive development is another aspect that seesaws span in all their fun experience for it necessarily initiates the embarking upon a ground of potentially understanding the dynamics of what it takes to make the drop and lift action come into execution for a smooth sailing of the play. Also, as a process in togetherness in its involvement of the dual scheme of movement, playing upon a seesaw can also teach children to try and build social connect by virtue of its calling for shared effort. Equally potent are the emotional benefits availed out of it, though more as being an activity in playing and which therefore might not be very exclusive to seesawing as such but that which still makes for considerably enriching an experience vital for holistic development of any individual. Also worth mentioning is the experience upon the seesaw leading to an improved and more emphasised fore of the instincts to gain prominence, making it almost a necessity that needs to shape up the playing explorations of any and every child. Thus recommended by therapists and child behavior specialists in such acute manifestation of powers in coordination and cooperation that aids greatly the mental and physical as well as sensorial and social development of any child, seesawing is more harbouring of salubrious attributes than its seeming in simple straightforwardness.

For a playing item of such prominence that takes up special place in the commonplace awareness, as in being a playground staple and so often serving also as a marker of it on symbol, the seesaw is relatively less explored in its origins. But it again is perhaps this very basic essence of it, of being after all a basic assertion of a lever that has led to the seesaw emerge to occupy the public conscience surely but silently. Believed to have been derived from the traditional Korean game of Neolttwigi but not of much certainty is the somewhat mysterious origins of the seesaw that finds mention only since the 17th century. Neolttwigi being a play upon a Neol board that involved jumping of the players on either end of it propelling therefore the other person in the air, it is quite likely that seesawing indeed came to be from this particular holiday activity of the Koreans. Interestingly though, Neolttwigi itself developed not as anything characterising as child’s play but as a ‘tactic’ devised by the Yangban women to see perhaps their husband over the high walls around their homes through this exciting almost means of catapulting themselves into the air since they had little access to the world outside their living confines.

Another origin theory alludes instead to such ‘practices’ that had children borrowing a plank and a log from the sawyers of logs and trees and indulge for fun in this up and down motion much like the sawyers did themselves, though in work and not in play. Probably asserting its now ubiquitous identity of being an exclusive playground entity through such reference to the term seesaw at least by 1704 even as songs and phrases invoking the notion of the very act in rhythmic motion had already been laid down in writing almost a century back, sometime in the 1630s to be somewhat precise, has been the seesaw that is likely French in its etymology. Whether the truth lies in it being a direct Anglicisation of ci-ça, meaning literally this-that describing the dual facets of its functioning or instead being derived partly from the word scie meaning saw, the French root is rather prominent. More universally appealing a prospect of its naming as such though rests in as simple a premise across which it works, in the constant appearance and disappearance of the person on the ‘horizon’ churning up therefore the ‘I see you, I saw you’ deliverance in continuity, summing up indeed the as apparent as possible line of play of which the seesaw is eternally, ubiquitously and empirically defining and in which it strikes as oh so joyful a motion through the goods (and bads) of life. 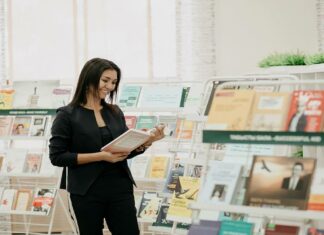 Key to Writers Success: 3 Tips to Make The Right Audiences... 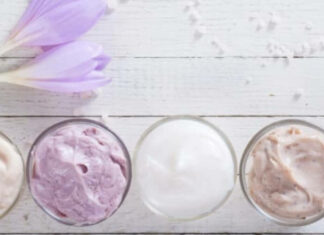