INNFINITY
Home Limitless Hot Ones: The Talk Show That Literally Spices Things Up
Share it:

Talk shows can be a little difficult to fully immerse yourself into. Especially when you hear the same, regurgitated questions being asked time and time again, coupled with the same robotic, rehearsed answers. This is where Hot Ones comes in. Hot Ones spices up the whole interviewing gig – quite literally.

This web-series was created by Christopher Schonberger, founder of First We Feast, who was inspired by the bizarre and irreverent British television programme that was ‘Popworld’.

Guests on the show are expected to answer questions as they finish Chicken Wings that have been doused in increasingly spicier Hot Sauce. You wouldn’t expect much from such a basic premise but the Hot Sauce does work. The spiciness, more often than not, completely disarms the guests and makes them approach the questions they’re given with a little more sincerity.

The show’s host, Sean Evans, is charming and polite to all his guests. He’s definitely one of the reasons why the entire series is popular to the degree that it is. What’s more, Evans accompanies all the guests in their chicken wing eating conquest. He gets a platter of spicy chicken wings to finish as well. And he does so, every single time. Like the true champion that he is.

Guests who successfully finish eating ten chicken wings are given a window to promote forthcoming ventures and projects. Guests who tap out and are unable to finish their share of chicken wings are still given a chance to promote their projects but are also inducted into the Hot One’s Hall of Shame. DJ Khaled, Jim Gaffigan, Ricky Gervais and Taraji P. Henson are only a handful of the people who have been inducted into the Hall of Shame.

The Hot Sauces usually keep changing – a new and different lineup is chosen before each season begins. The Scoville scale – normally used to measure the hotness and piquancy of chilli peppers – is used to measure the heat of the different sauces. The guests usually begin with a chicken wing enveloped in a fairly mild Hot Sauce. The heat gradually keeps increasing as the guest progresses. Milder Hot Sauces like Sriracha and Tapatío are registered on the lower end of the Scoville scale, being measured at 2200 and 3000 Scoville units respectively. The Last Dab Reduxx has been hottest sauce in the show’s history and is measured at 2, 00, 000+ Scoville units.

Guests are usually provided some sort of respite in the form of water, milk and chocolate milk. They even have a napkin handy to wipe their sweat and tears.

Guests on this show are also continuously surprised by how well-researched and thorough the content and questions are. You don’t get your usual, run-of-the-mill questions on Hot Ones. Guests are asked intriguing questions about different projects or events throughout their careers and are expected to answer them even if the heat of the chicken wings is invading their throats.

The guest lineup of this show has always been, interestingly, a mixed bag – from comedians like Chris D’Elia, Nick Kroll, Hannibal Burress to Internet Personalities like Rhett & Link, Joji, Philip DeFranco, Casey Neistat and Harley Morenstein. You also have musicians and rappers making appearances every now and again – Liam Payne, Post Malone, Wiz Khalifa, Rich Brian, John Mayer, Shawn Mendes to name a few. You also have Television Personalities like Al Roker, Padma Lakshmi, Andy Cohen who have guested on the show along with Hollywood stars like Charlize Theron, Natalie Portman, Jeff Goldblum, Michael Cera and so on. One of the many things that this show has going for them is variety. There’s never a dull moment or a dull interview.

If you’re looking for a show that you can enjoy anytime, anywhere – Hot Ones is your answer. There have been six seasons of the show so far and 125 different interviews for you to dig your teeth into. If you truly want to take things to the next level, maybe you could have a platter of chicken wings for yourself as you watch the show. Either way, like their tagline, this truly is “the show with hot questions, and even hotter wings”.

In biding as the next U.S. President, can Joe Biden trump Donald Trump? 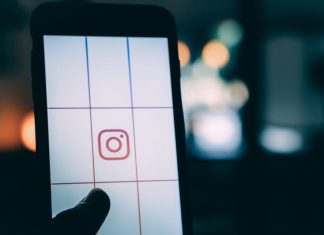