Ah Apricity- that feel of warmth gently grazing over the being as if it was meant to arouse every essence of existence even when rouse isn’t the way it goes about this exercise in gratification. It instead is caressing a gesture, one that asserts in ironic manner of manifesting, occurring simultaneously in the oxymoronic expanse of what is indeed one of the grandest yet genial garbs from under which the spell of the literary works its charm.

Such charm that radiates through mere strung of the letters, evoking in their worded eloquence a whole canvas of emotions upon which life comes to attain the bliss of its simplest realisations. It is in the weave of such strands of a warming wax through which is laid bare the eternally inviting expanse of an existence steeped in the as worthy as is inexplicable a rendition of rhapsody that that the human feels most alive in the sensation of.

A sensation that tugs at the strings of the heart and sings lullaby to the exhausted soul of exerting sustenance in which finds resonance a nebula of the musings that mystify and mesmerise, concocting thus and conjuring up hence imaginations serving as the idealistic representation of a reality that one craves for, to as euphoric extents of it as would be possible perhaps.

Wandering away possibly a bit too far from what we intended, almost to the extent of Wordsworth’s ‘wandered lonely as a cloud’ which we have more consciously wanted to evoke just to keep the spirit of the literary going, from the elusive ‘aesthetics’ of the apricity alluding to arrive upon an extended expanse equally esteemed in its embodying the elegant many awarenesses of what transpires as part of the magic that nature so routinely encompasses might seem like a bait deceivingly devised, but even then unapologetically so because that indeed is how invigorating a sway that words and imaginations similarly induce for indeed they are after all but definers of beauty even in different modes of their translation.

And indeed it is exactly the standards of such beauty that apricity stands up to, as a universally adored something that might however not strike under this particular expression of the language. For despite all the allure permeating every fiber of its being, in the emotion of what it invokes as also in the chime of its pleasant sounding, apricity is but sadly obsolete a contention being. That this outdatedness of it prevails only in the established manner of relaying and not in the perceiving of it that continues to be as immersively salubrious in its experience points however yet again to the eternal exuberance of that essence.

To attempt to ‘define’ apricity would be but a futile exercise in seeking to embody the serendipitious occurrence of which it is so heartwarming an awareness in. For this way of envisioning through the concrete fore of the alphabet the abstract notion in which apricity finds unfurling might not stand up indeed to the truest worth of what it really is. In all its simplicity therefore- or rather even against it- apricity is but a regard in grandiloquence. Much like its sounding as something that asserts as symphony, this is but a magnificence alluded to in terms of what only nature can afford as part of the repertoire of its myriad magics.

In imbibing to its core the dainty doings of one of the most ‘diffident’ natural distinctions and managing still in that very account to let the pleasantness of its purpose flow, apricity’s remarkability in being a wholesome experience in itself is what bring upon it such distinction as is so delightfully received. In apricity, one gets to decipher the strength that nestles in gentleness. In appreciation indeed of apricity, one discovers with delight the warming contours indeed of a season not so conceived otherwise in connotations of the warming. Apricity occurs as that as simple as can be and parallelly also as wholesome as can be an appreciation for the ultimate bask under the winter sun even when not in that exact manner of rendition. For in apricity, there is no seeking- there is only the pleasantness of unexpected expectations in experiencing indeed the most warming realisation of the warmth of the sun in winters.

Apricity is special indeed the way one would be inclined to believe it is- in being a bask of the winter sun. But what makes it specialer even a feel of all that it is beyond this assertion is the occurring of it as being the reality whereupon converges the curated indulgences of the soul. It is very specifically a wintertime exploration therefore- seasonal in its mood and in the degree of its desirableness, for the summer sun is not quite embodying of the essence that what is conveyed by the general infatuation with warmth. And yet, such specific dimensions of its characterisation does not in any way rev up a repulsive reputation in restrictiveness- if anything, it only exalts the manner and intensity of the appreciation attributed to this immensely appeasing availing of nature’s pulchritude.

Quite unspecific however in intention seems to be the ground upon which apricity emerged as a term weaved into the wonderfully wintry landscape of all things always at least a bit more magical. Tracing its genesis to the Latin apricus which itself is indulgent an expression in referring to a ‘warmed by the sun’ need for life to be would be the English interpretation of the term prevailing through the ABCs. That it found expression in this greatly global scope of appreciation only as recently as the 17th century might seem like it holding enough premise to not die down so soon.

And it did not die down indeed, to be exact. That would have struck as a sad state of affairs but what ensued was an even sadder state of what would come to be for the divinely beautiful word. Despite its well recorded incorporation into English appearing to have definitely happened in the year of 1623, apricity somehow failed to catch on in its elocutedness.

Why this unfavourableness unfolding for what is so beautiful a thought and reality all at once that too in special as well as ordinary status of prevailing fails to find any definite explanation. But apricity perhaps has never been made for definiteness after all. How else would you explain the exclusive winter interpretation of what is essentially as broader an experience/sensation/realisation accounted for by the warmth of the sun?

Of course it is easy to read into this particular construct of the term as a very obvious assuming in essence, for the summer sun would only make one wince and not warm if we were to attempt to come even close to the deliberate drawing of similarities in the w’s. And it still would not hold ‘warmth’ enough to have us warming up to the idea that a word as blissfully buoyant and gracefully gratifying would not resonate even amidst the ordinary with all its specialness.

Forget even such flair of claiming a fame that would never come to be and consider the general versions of which prevail as some form of derivation and the appreciation so readily evoked in the first few assertions of the letter still eludes its identity. Apricity persists as well, or attempts to at least through such variations as apricate and aprication for instance. Even without delving into the meaning of these contemporaries, it makes for interesting an exploration as apricity itself that these two derivations still manage to allude to significantly if not diametrically different renditions in being.

Aprication happens to be a reference in basking under the sun; apricate for its part tends to be even augmented a draw upon the essential understanding of the sun’s warmth as apricity. What apricate does in fact is dwell a bit too intently on the warming essentialness of the sun to lend itself to ‘purposes’ that occur as a specific benefit expected out of the activity summed up as ‘to disinfect and freshen by exposing to the sun’. The essence therefore of what runs through this lost trail of beauty would never be lost indeed in experiencing the indulgence that it occurs as. And that is how apricity receives indeed its due accord in appreciation that does not really need to rely upon a lap around the lexical. But if only it had managed to shine out through also this run with the words, it perhaps would have been even more appreciated an awareness in entirety.

And despite all such non prevalence of its phrasing and no promise therefore for prosperity, apricity will permeate the essences of the world and please the senses and play out in all universalness of the emotions and feels and blisses, for all its dawning as a ‘delectable’ indulgence that the human soul yearns for in all its appetite for life and living. If it wouldn’t be for apricity that we all take to even in blissful ignorance of the rhetorics through which it validates the mellowness of asserting extravagance, the world perhaps would have been all the more better a place even in that cliched but comforting character. 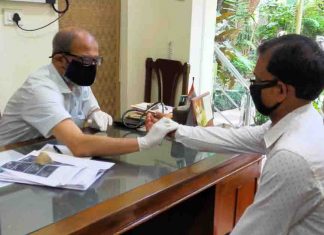