A lot of what happens in India resides in the art of gestures. In this land of the myriads where diversity rules supreme, there however are quite some common threads that bind together its many existences into one. And one such very common prevalence that attains an importance supreme when it comes to being the universal mode of communication across the nation is its tendency to gesture. Why just India though, hand and body and head and face gestures make for a substantial chunk of communication throughout the whole of human connections. In our land however, these gestures take on as diverse forms as there are diverse people residing in it. And one particular of these gestures that has managed to unite the Indian fraternity like no other is the Indian head bobble.

In every part of India, no matter whether you are enjoying the coastal glory down south or exploring the mountainous terrains up north, or whether you are enjoying the expanse of greenery characterising the north eastern part of the country or taking in the cosmopolitan vibe that is so much of a delight to encounter in the mainland, you are as sure to encounter the head bobble as in your own state of belonging. And why just encounter, you are actively party to it, acting on the famous bobble instinctively and matter of factly, as if it were one of the things you were conditioned to learn all through your life. That, despite the fact that the same head bobble can mean different things depending upon what the context is. But no matter the barriers in terms of language or caste or culture or race or gender can be any hindrance when it comes to unequivocally professing our fluency in this one particular mode of communication- even conversation, that has continuously baffled the outside world. Seemingly vague, sometimes intentionally so as well, the Indian head bobble has been the subject of numerous ‘discourses’ as to what lies at the exact root of it. No amount of deliberation can however decipher what exactly this shaking of the head tends to be. It is almost a language to us Indians, we know how and why even identical head shakes are so different from each other and why even in its vagueness it helps make every thing and every perspective so clear.

It’s hard however to describe the head bobble- even for an Indian. It can be a slight to and fro of the head or even a vigorous one which however does not mean that the the movement cannot be back and forth as well, accompanied also by a tilt that can mean anything from yes to no to even indifference and surely everything in between. Heck, it can sometimes not mean anything at all, being as generic as the ‘hmm’ in more universal parlance. The Indian head bobble is surprisingly versatile as well- from showing support to shrugging of at mere mention of ideas, from being approving to showing outright disapproval, from being merely an attempt at acknowledging to being assertive as can be of what is meant, this is the Indian way to go about daily life. Even and continuous, that which relays exactly what you want it to, this is a head shake that is no more or no less obscure than anything else in the world. And what’s the best part about the Indianness in it is that the wobbly head is a natural for all. You don’t even have to contemplate what you want to convey with it, it follows as naturally as a smile would when you happen to come across some acquaintance.

Ambiguous at best, that which lets you ’employ’ it safely irrespective of the situation and context, though its occurrence is hardly something deliberate and calculated, the Indian head shake or wobble or bobble is a whole world of responses summed into one. Not surprisingly therefore, this particular bobbling tendency finds expression also in the country in the form of a doll. The Thanjavur Doll is a bobblehead from the region of Thanjavur in Tamil Nadu that which has been recognized as a Geographical Indication by the Government of India. A terracotta doll, the Thanjavur Thalaiyatti Bommai, when given a tap on its head, elicits a response that is closest in fashion to the Indian head bobble. For a doll to be modelled on a gesture speaks volumes of the cultural necessity that the head bobble holds in the Indian context. For good or for bad, the head bobble will stay with Indians and follow them wherever they go, even when it isn’t in the mood to convey anything at all! 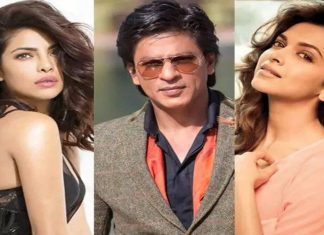 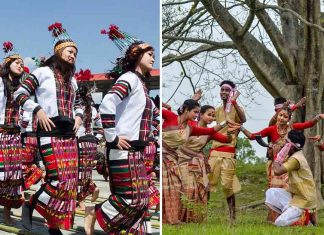