INNFINITY
Home Limitless Most inspiring Indian women entrepreneurs who rose to the top of the... The most competitive yet of spirit that it manifests, entrepreneurship is forever about the journey and seldom about the end. It takes more than a strong business sense to embark on the enterprising route, hoarding all sorts of challenges but with a belief resting deep in conviction of accumulating all the success along its meandering folds. Even then, men stand at a privilege- in being the seemingly ‘strong’ clan that finds excitement in risk, male entrepreneurs are more abundant in the still niche world than their women counterparts. However with changing times, spirited and buoyant women folk too have jumped on into the entrepreneur bandwagon with tremendous might and massive success. Indian women too are increasingly discovering their foothold in the entrepreneurial world. Here’s chronicling some such inspiring Indian women entrepreneurs who broke all barriers to emerge as worthy compatriots of men in the gritty alleys of the corporate world-

The lady behind one of the most recognisable of names in the style sphere in e-commerce, Falguni Nayar catered to the ever static youth interest in fashion and style by starting Nykaa in 2012. Though a Mumbai based multi-brand retailer, Nykaa’s cosmetic and wellness range is a favorite with beauty enthusiasts who turn to its online platform for acquiring the best in the field of style and beauty.

An alumnus of the prestigious Indian Institute of Management Ahmedabad, Nayar had been an MD of the Kotak Mahindra Capital Company when she decided to let her entrepreneurial spirit take flight eight years back. At present, Nykaa claims to have over 1000+ curated brands and 85,000 products even as Nayyar’s vision and foresight in making this very viable business venture a reality has earned her numerous awards. The owner of a 750 million+ empire, Falguni Nayyar was named by Business Today in its 2017 list of The Most Powerful Women in Business. The Economic Times Startup Awards 2017 chose Nayyar as the winner of the ‘Woman Ahead’ category while also recognising her notable presence among Indian women entrepreneurs by conferring the ET Businesswoman of the Year 2019 Award on her.

From someone overcoming the technological challenges that building a biotech business in a country with poor infrastructure would for sure lead into to now staking claim as among the billionaire Indian entrepreneurs, Kiran Mazumdar- Shaw is indeed among the most extraordinaire of women that the country has produced. A master’s degree in brewing from the Melbourne University in her stride, Shaw embarked on her long standing dream to become a master brewer in India which however did not become a reality for it was deemed ‘a man’s work’. Destiny however had other plans for this now successful self- made woman when she got the opportunity to establish the Indian subsidiary for Biocon Biochemicals Limited, of Cork, Ireland.

Starting in 1978 after some training stint at Ireland, Shaw had to overcome credibility issues, gender bias, infrastructural limitations and the uncertain appeal of an untested business model before Biocon India could manufacture enzymes and export them to the U.S. and Europe as the first ever Indian company to do so and that too, within just a year of its inception. There however wasn’t any looking back for Kiran Mazumdar thence, as Biocon India evolved by leaps and bounds to be a fully integrated bio-pharmaceutical company with a well-balanced business portfolio of products and a research focus on diabetes, oncology and auto-immune diseases.

With ‘affordable innovation’ guiding her enterprising abilities, Biocon soon became a pathbreaking epoch in the Indian entrepreneurial scene courtesy Shaw, as only the second Indian company to cross the $1-billion mark on the first day of its listing on the stock market. Needless to say, Shaw’s efforts and foresight led her to be endowed with the 2002 ‘Technology Pioneer’ recognition by World Economic Forum apart from earning her the prestigious Padma Shri and Padma Bhusan.

Perhaps amongst the female names that embarked on the entrepreneurial journey in the country at its nascent stage is VLCC founder Vandana Luthra. A beauty and wellness giant that brought about a radical change in the overall health and fitness scenario in the country, Luthra’s journey spans more than three decades when VLCC saw the light of day in 1989.

VLCC was a dynamic shift witnessed in the beauty paradigm, since it sought to bring together also fitness and health regimes within the sphere of general wellness. But even with such an innovative response to an essential concern guiding her initial venture, Luthra did not have it easy. More than a couple years of convincing later, VLCC finally became a reality, evolving gradually to now occupy prime position as a leader in the Indian beauty and wellness industry.

Also appointed the first chairperson of the Beauty and Wellness Sector Skill Council in 2014 by the Indian government, this among the most inspiring women entrepreneurs has garnered numerous accolades. Be it the 2012 Asian Business Leaders Forum Trailblazer Award, the 2010 Enterprise Asia Women Entrepreneur of the Year Award in 2010 or featuring in Fortune magazine’s annual listing of the ‘50 Most Powerful Women in Business in India’ for five consecutive years from 2011 to 2015, this 2013 Padma Shri awardee is a definite inspiration in her every might.

The founder and Managing Director of Kalaari Capital, Vani Kola is one rather prominent name in the circuit of inspiring Indian women entrepreneurs. Starting out as an entrepreneur in Silicon Valley and persisting at it for 22 long years, Kola made the decision to return to India where she set up one of the leading early stage venture capital firms under the name IndoUS Advisors in 2006 which later became Kalaari Capital in 2012. The ‘Mother of Venture Capitalism in India’ it is Kola’s untiring work with first time local entrepreneurs to help them make it big in the world stage that makes her all the more influential and inspiring.

With a focus on technology, this among Fortune India’s most powerful women in Indian Business has been augmenting India’s domestic growth through creation of high growth enterprises. Indubitably therefore, this power woman has seen numerous accolades come her way. The winner of the Delhi-NCR 5th Edition of Women Entrepreneurship Summit Award in 2018 as well as Economic Times’ 2015 Midas touch award recipient for best investor, Vani Kola also has been among the recipients of the NDTV Women of Worth award for leadership excellence in business and entrepreneurship. Also an avid hiker and runner as well as a mountain climber who conquered the mighty Mount Kilimanjaro, Vani Kola sure is an embodiment of the perfect Indian woman. Undaunted, resilient and enterprising, Vani Kola is much more than just another entrepreneur.

There perhaps has been no mention of beauty in India in the times of some times past without a parallel applause of Herbal beauty mogul Shahnaz Hussain. And as the 1996 recipient of the World’s Greatest Woman Entrepreneur award, this Indian lady sure also has been an inspiration for women entrepreneurs for long. Specifically in tracing her pioneering efforts of propagating the Herbal beauty care movement and making the Indian herbal heritage of Ayurveda a global phenomenon, there is no end to the entrepreneurial mindset that this wonder lady has been continually working on for almost half a decade now.

Starting out with a herbal clinic and expanding later to form The Shahnaz Hussain Group, Hussain’s interest and expertise has seen her spewing a range of effective therapeutic and herbal products for skin and hair care. While her successful entrepreneurial story of establishing an international brand without commercial advertising has earned her world attention, Hussain also went on to represent India at former US President Barack Obama’s World Summit for Entrepreneurs.

Winner of a host of national and international awards for her contribution to the beauty industry, Hussain’s ‘care and cure’ approach to beauty now operates in more than a hundred countries all over the world. From walking the red carpet at the Cannes Film Festival to speaking at the House of Lords and House of Commons in the prestigious British Parliament, Shahnaz Hussain is a recognisable international presence. Her thriving organic make up and beauty empire strongly presents Hussain as one of India’s most prolific entrepreneurs ever.

An entrepreneur who charted out her route to success by charting out other entrepreneurs, Shradha Sharma definitely boasts of a mind and a vision that has placed her firmly among the inspirational women of India. The founder, CEO and chief editor of YourStory, a media technology platform for entrepreneurs, Sharma began as a 25 year young in 2008 by narrating the tales of people she would eventually grow up to be one.

Currently the most influential platform for startups in the country, YourStory boasts of a reader engagement of 10 million every month and firmly establishes Sharma time and again as “the biggest storyteller of India’s digital space”. Also a prominent name since long as being one of the young entrepreneurs in the country, Sharma has been the recipient of the 2015 L’Oreal Paris Femina Award’ for online influence and the 2016 – PAT Memorial Outstanding Alumnus Award in recognition of her offbeat approach for an exceptional effort. 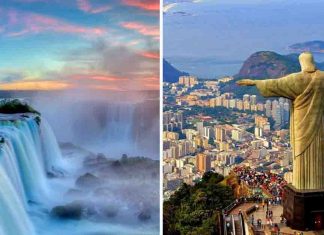 13 jaw dropping places to visit in Brazil atleast once in... The Two Hardest Words to Say 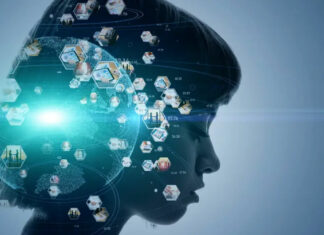