It’s International Tea Day today on the 21st of May, like it has been for more than a couple of years now since the resolution was adopted by the United Nations to observe this global day of the international indeed beverage though in a manner not intended the way the world has taken to it. For indeed, its the third annual occurring already of this rather young day in celebratory history and one would for sure have taken to lovely cups and glasses of this earthy brown brew delivering through that accompanying visage of the steam wafting from what steeps as the elixir of life, the energiser, the embodier of existence itself, flashing in the form of the many a mandatory hashtagged uploads of the social media times as evidence enough in believing- and rejoicing as well the truly international nature of observance marking this day in all distinction.

The world has for long been drunk on the exquisite energy that every concoction of this nectar of nature necessarily epitomises in every single manner of its serving and of course exactly the way one like it. Strong and black, robust and red, plain and refreshing, milky and indulgent, spiced and stirring, sugary and syrupy or mellow in honey, with at least as inexhaustive a platter of whatever it is that zests up even further that cuppa so commonplace yet so exotic, wafting thus of a versatility never sufficiently stressed. From biscuits and cookies to mixtures and pakoras, from samosas and savouries to sweets and snacks, and from breads and breakfast to even parathas and lunches, it is tea- chai for us in this part of the world- that sustains us through life, one day at a time. Take a sip of the herbal fusions and traditional tonics and flowery flavours all passing off as chai and tea even leads us to sustained health. Not to forget of course the fancies of gastronomy, furthered to the extent that occurs as gourmet and there are renditions as exquisite as chocolate tea, dessert tea and even liquor tea to make one even more intoxicated in the very assertion of the tea identity.

These and numerous other similar reiterations of the irresistibilitea that all of us experience in some kind or the other in a very personal preference for our own cuppa of morning wake up call or evening refreshment or just about any time of the day indulgence plus energiser plus socialiser is the very evident and popular way indeed of how we have come to define this whole International Tea Day event in our own immense ‘infatuation’ with this drink of diverse expressions. But this is a state of reality rather sad, even in all the sprightliness and life of which tea is essentially identifying in, that we celebrate our forever favorite beverage in a way that appreciates only the experience of its taste and not the realisation of it.

In what the UN envisioned when it set the ground for an International Tea Day to find observance as, the thrust aspired to be on raising awareness of the history and significance of tea all over the world. In aiming to promote and foster collective action that would further sustainable production and consumption of this metaphorically real, life giving beverage of many essences and draw attention as well to the associated socio economic and of course cultural issues shaping up this industry of acutely enterprising nature, the call upon the Food and Agriculture Organisation by the United Nations in this particular purpose of it tends to be deeper a lending of oneself to the tea tale than the mere ‘appropriation’ of its richness, whether it be in the lovely aroma or tantalising taste wafting indeed in the mystic hovering of its mists.

For the tale of tea is as old as history itself and its prominence in presence in this part of the world where it stirs up all the emotions with the addictive almost uttering of it as chai not calling for any sort of validation, and it should be well apparent that tea for us isn’t just a drink limited to the ambits of the culinary. Intricately woven into our very culture and ingrained in our identity, particularly into the existences stemming from this state of our country that asserts itself as Assam and even more eloquently as the Land of Tea Gardens is this universally exalted tea phenomenon summing up and about the beauty and essence of this lush lounge of nature. What should shape up therefore as an experience rather tender, much like the flush of the fresh tea buds that embodies in all delicateness the most enticing hues of the green but delivers in its flavor such robust deliciousness of all things supremely refreshing, sadly ends up emulating a state of affairs not any more rosy than what characterises the ignorant clink of the cups as we raise a tea toast on this particular day to partake indeed of the fantastical luxury that every brewing of the tea story leads us into.

Assam might be one of the largest tea producing region in the entire world but even in all such distinction accruing to this place rendered even more picturesque by stretches of lush tea gardens neatly lined up along vast expanses of the state’s trail in natural bounties, what transpires in these green tracts of almost neverendingness are such happenings not at the least characterised by the warmth so lovingly delivered by ever cuppa of Assam tea. Across the tea gardens of Assam, the heartwarming rendition of the ‘two leaves and a bud’ harmony embedded in the collective cultural expression of the region wanes in significance with every passing day and month and year. Even in their originally non native identity in alluding to treading the magical expanse of Assam, the Adivasi tea garden workers have for years easily transcending the remarkable milestone of a century and a half been charting out their life within these yards of what nurture and nourish some of the finest teas of the world.

Lending themselves thus to this happy hunting in tea of the ultimate kind, skillfully plucking in as delicateness the choiciest leaves of the tea bushes to take pride in serving the world some of the most gratifying tea blends and brews even when their own existence is a matter far removed from the enamoring warmth emanating from the countless steeping of the leaves. Migrating to this part of the country from a number of different areas, leaving behind hearths and homes only to manage for themselves here a thatched hut or so, as they toil day in and day out as daily wage labourers, devoid of any security whether it be of their finances and the future or of life in general, but most appallingly leaving them without even a definite identity to cater to, summed up as they are in the rather loosely bound assertion of what manifests as something as ‘basic’ as the tea tribes, doomed perhaps to this fate in continuity not just in their lives but also in extensions of them and encompassing thus their entire families- spouses and children and all.

Devoid even of their status in characterising as Schedule Tribes here, something that had assuredly accrued to them back home, and facing therefore such uncertainty with no claim whatsoever over anything, sans except the century long struggles and sorrows and hardships of life routinely crushing their dreams and aspirations and hopes that they somehow harbour still, surprisingly enough even now, fanning them every single day as they welcome new dawns over mornings and that which subsides into the deep recluses of the darkness once dusk sets in. And that is what indeed sums up the life of these many lakhs of them toiling day in and day out in the tea gardens that present as picturesque a sight of natural wonder as they do in offering a taste of the sips that zest up life itself.

But live they do and in all heart and spirit of what makes up the essence in living, through such unfurlings alluding to the ultimate expression of the artistic. Deprived they might be of the materials and means that lift life from the comforts of the necessary and thrusts it in the lofty lounges of luxury but by no means are they poor when it comes to priding upon the elements that make up their dignified living through a culture endowed indeed with the simplest but most poignant of devices to fuel their desire for life and living despite all odds. And thus one would inevitably find their ears resonated in a hum of a very spritely nature every time they embark upon a journey to explore the beauty residing in the tea trails that conjure up the enchanting Assam vision in all awesomeness.

Occurring as Jhumur, a folk art that imbibes within itself the two fold dynamics of the expressional in its simultaneous lending of identity to songs and dances alike, this flow of life painted in as much accuracy as the living of life itself is what explores the pathos and pleasures alike of what balances out life in all its beauties. Passed down through the ages as musical tellings and retellings of stories galore, all inspired by the real experiences encountered within the worldly dimension, resounding with the tales of migration and the rues of leaving behind one’s authenticity but springing still to almost happy assertions with the prospect of a new home and a new identity, of fostering and furthering an entire industry in all fondness for those sprigs of the green coming to enthuse within themselves a life of their own and mimicking thus the very journey through which these hard working tea garden workers have come to eke out for themselves a distinction that acknowledges them indeed in the profuse appreciation of their tea even when they themselves continue to languish in neglect. But they do not despise this state of their existence, even when they do lament indeed the loss of their dignity, the newfound but not necessarily novel identity they have been reduced to, continuing still though in their hope to one day find as much acceptance as the tea they brew does pretty much all over the world. 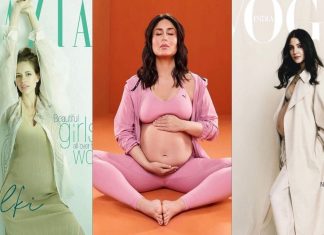 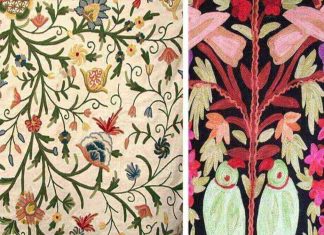 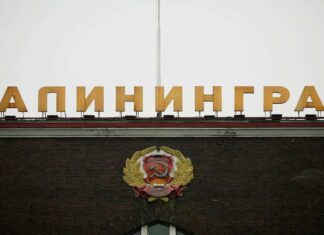