INNFINITY
Home Limitless Are male periods real? Chances are your man is IMSing!

The world has never been fair enough. While we go all sympathetic and understanding with women on their hormonal imbalance cycle with their bouts of intermittent mood fluctuations and severely cramped anxieties, guys often tend to go unnoticed.

While you might not be too enlightened about it, there exists a thing as ‘the male period’. No they don’t menstruate and stuff, neither they suddenly get the superpower to bear children but things aren’t too rosy for them as well.

The male period is basically a fluctuation of hormone levels, mainly of testosterone, that which can lead to severe mood swings and heightened instances of anxiety, depression, loneliness and irritation. No wonder, the symptoms are categorically labelled under a specific term- the Irritable Male Syndrome. And while it might be rude of us to say this, but boy, the term sure couldn’t have got more apt!

Not unlike girl ‘issues’ that seeks to affect the entire world, even irritated men are an equal disaster. Not that we are complaining of macho men having to deal with ‘all that shit’, but even here there’s a liability. The irritable male syndrome can seriously affect your relationship with your guy if you don’t know already what this unheard of thing is.

Candid cravings for all things candy

Though we have always thought of chocolates to be a girl’s best friend, it breaks our hearts to know that they can be a guy’s lover too! During their free flowing tryst with irritability, men tend to have as much right over candied sweetness as every one else.

So next time you sit there gorging on a bar of rich Belgian chocolate, know that your possession is at risk if your man is going through ‘that time of the day’!

A man- mood that tends to ‘girls like to swing’ style

Let’s get it right people. Mood swings are not always exclusive to women. The frequent bouts of fluctuations in the human state of mind are brought on by the change in hormone levels.

While for women, it’s easier to detect the onset of these bouts of mood swings considering that your know when your periods are due, for males, the issue is a bit trickier.

Sometime over the month, your man might be crying for no reason whatsoever. Or he might just be snapping at you. Relax, he isn’t going crazy (not yet at least), it’s just his hormones taking over him, making him do seemingly crazy stuff.

Love ceases to be in the air all the time

Have you ever been set off by your man’s lack of interest when you try to initiate some romantic stuff? Worry not, that’s (hopefully) not because he has suddenly lost all interest in you. Rather, you can blame the Irritable Male Syndrome once again for trying to ruin your love life.

Men during their period of irritability aren’t just moody and all. They are impatient and unloving as well. But that should not let you whine away all of the love. Instead shower your guy some more of the affection because he tends to feel unloved as well!

There’s that time in every relationship when arguments tend to crop up every now and then. You might be surprised that a tussle is born as soon as another fades out. That’s not always because your relationship is as good as over. The irritable male syndrome might be the deal breaker here as an over play of emotions makes the man more susceptible to arguments and disagreements.

IMSing also brings about a lower esteem of the self and your man might be experiencing a sense of heightened self depreciation on times like those. While you may be worried about his lack of self care and his sudden withdrawn nature, be rest assured that this has mainly his hormonal fluctuations to blame.

But it isn’t always that your man will be all touchy and sensitive. Things can even go uphill since the irritable male syndrome leads him to act just as insensitively.

You might see a more demanding side of him, one that is aggressive and hostile and something you had never expected to see before. Yet try to not get aggressive yourself as well, because what the dude needs now is more care and concern than at other times.

Teetotaler, but you can doubt now

However, Irritable Male Syndrome plays not just with the emotions. On days like these when things gets a bit bleaky and frustrating for the guys, they tend also to binge drink and smoke. Cut them some slack ladies, so they are also coping up with upheavals and turmoil that’s not really any gender specific realm. 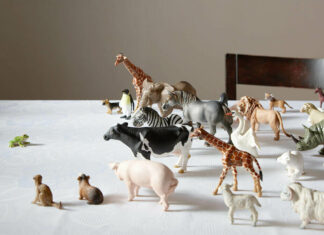