It strikes as some occurrence of the occult indeed that individual human beings should be able to communicate with each other in such exact relaying of thoughts and ideas- information basically- without relying upon any of the known natural ways through which such transfer of the ‘musings’ of one’s unique exclusivity generally entails and that too in such accurate measure of relaying that makes it appear almost like a single force in action driving this dual but not a bit divergent trail of thoughts. This misleading almost assertion in belief as it apparently tends to be is what has led the purported phenomenon of telepathy to be nullified or at least reduced as being at most a pseudoscience, a favoring of fiction over facts, of alluding to the captivating fore of the possible versus the real ever since it has been doing the global rounds sometime from the later years of the 19th century. As a technique of communication, more learned than innate if it possibly exists at all, the very idea of telepathy is fascinating indeed in it being some sort of an exercise in mind reading, only that it is a more ‘consensual’ act in effect given its two way dimension of working. Nevertheless though as a proposition based on the premise of invoking in oneself the though process of another, telepathy emerges as no less a power worthy of a supernatural status. And it is exactly within this rationale of its supposed working that this potentially amazing idea in existence has instead been largely subjected to ridicule upon its farcical identity.

Believed to have emerged from an era in Western civilization marked by the advancement of the physical sciences to such extents that made them also find extensive use in interpreting a range of mental experiences, telepathy found its place of prominence as a very modern concept. Notwithstanding however the largely refuted authenticity of its working, telepathy continues still to find particular expression in the explorations of parapsychology but greater scientific perception of this phenomena more disputed dwells largely on its nature as being an assertion in exemplary effectiveness rather than allowing for some form of flexibility to characterise its interpretation and understanding. But telepathy still attempts to appear, at least in part to be validating of its own essence in the fact that the principle of its working rests on the largely established power harboured by the human mind through which miracles have been conceived and the most remote of possibilities have been triumphantly elicited out of the many a seemingly profound impossibles. Because to put it simply, telepathy is indeed a way of communicating through the mind and in this assertion of it therefore does not present as a prospect utterly deniable. Consider for instance the many times when you have accurately deciphered the mental rumination of some loved one or have managed to be there for your closest allies without even having any physical inkling of the situation that had them cornered. In these and numerous such rather commonplace assertions of being able to deftly interpret what makes up for the deliberations of a mind not one’s own, the very idea of telepathy or at least something likewise does not occur as an unbelievable idea in theory never prospectively encountered in theory. As almost a special power in effectively delivering one’s thoughts without taking recourse to any visible or physical means, telepathy though should essentially be a bit more intricate than what we are making up of it. And it is in harbouring this crucial degree of complexity that telepathy has so often come to command radically different views of its reality or otherwise. But even when this appealing still supposition in exclusive mental meanderings might not have yet achieved the status of being true beyond doubt, this concept outside the concerns of the sensory have still managed to warrant greater credibility through such defiant implications of its working endowed by the scientific fore of technology.

It has been a long way indeed for this novel(?) idea in inception from the time it was first coined as a term in 1882 to gain more validating an identity of possibility only in the 21st century. As a certain 2014 experiment established in terms more- if not wholly- concrete, communicating with one another without employing the innate human senses can be availed out of such relaying of messages emergent in one brain through EEG sensors attached to the scalp however in a language not exactly literary. Instead it had been the technological or more definitely the computational binary language that made this transfer of information between brains possible without even the slightest tapping into the cues of the five human senses, sending the message across special TMS headsets that stimulated the brain’s neurons and delivered the exact interpretation in terms of flashes of light. As however an exercise in mere ‘saying’ of a couple some hellos, the process conveniently encompassed well over an hour, taking up 70 minutes of time to be precise to sum up a success that while is more than significant indeed is perhaps not so much of a deal breaker. But given the nascent stage of such experimentation that ended up yielding still such results hitherto unachieved, this taking to the telepathic trail albeit through the intervening traits of the technological speaks of a prospect embedded in this oft dubious theory of invoking the power of the mind and that which present as all the more relevant in being indeed the transcendental manifestation that it is.

And yet, despite such more than assertive pronouncing of authenticity, this particular demonstration of the telepathic ability isn’t the most authentic indeed. Which means that we perhaps are still quite some time behind being effortlessly and effectively able to read minds even with technology serving still as an alternative ‘sense’ of perception. Till then it perhaps would be more appropriate to let telepathy remain a treading into the realm of the imaginative, or at least one spanning across the expanse of belief as held even in times far ancient than the modern invoking of its essence in the late 1800s. The ancient Egyptians too believed in such non sensory method of transferring messages by spirits from one person to another in their dreams as did their Greek contemporaries and many an indigenous people as well. In the more practical- and modern context though, telepathy, or more appropriately a specific form of mind reading as in grasping the mental characterisation of some one close to us- both in the physical and emotional purview of space should not be so much of an error reported by science since the neurons of the brain do indeed act as automatic mirrors as have been empirically established. It is upon the presence of these mirror neurons that this one specific strand of telepathic assertion validates its own might by more than efficiently deducing the thought process of others. Also helping this cause is the oxytocin hormone that increases trust between people and leads them therefore to feel indeed the emotions of them outside their own as well.

To that extent of proximity and the effect of it, telepathy is no less certain a phenomena of the world. The ambiguity emerges therefore in such aspects of attempting to practice telepathy where space and distance marches into the picture, making hence the clarity of it less evident. But even in the earlier citing of the context in closeness, it cannot be denied wholly that the presence of cues emanating from and evocative of the senses might play a part- no matter how subtle or vague- in inferring accurately the mental awareness of others. In such rendition, telepathy is way more elaborate a doctrine in essence- if it exists at all that is and one that would necessarily demand a retraining and realigning of the human brain not perhaps so profusely evolved to ‘indulge’ in the power of telepathy as an innate process in working. And yet, that alone would not mark the end of the ‘power struggle’ that the very founding premise of telepathy have been dealing with all through with such associated notions that hinge on the explorations of the ethical. For indeed if and ever telepathy comes to be a universally convenient and conducive mode of ‘communication’, there would also prevail the awareness of it being at times an imposition of one’s thought upon others given that there has not yet been any exploration nor even any citing of a possibility to evade this non sensory exchange of perspectives. In not succumbing to the more evident senses of the human endowment, telepathy could well be not the consensual experience that should necessarily entail to every individual as encompassing of their many a rights and privileges. But again, for a notion of what is derided often as pseudoscience, would it be logical on part of us humans to expect an ethical working of it? Only the dawning of the ‘times of the mind’ will tell. 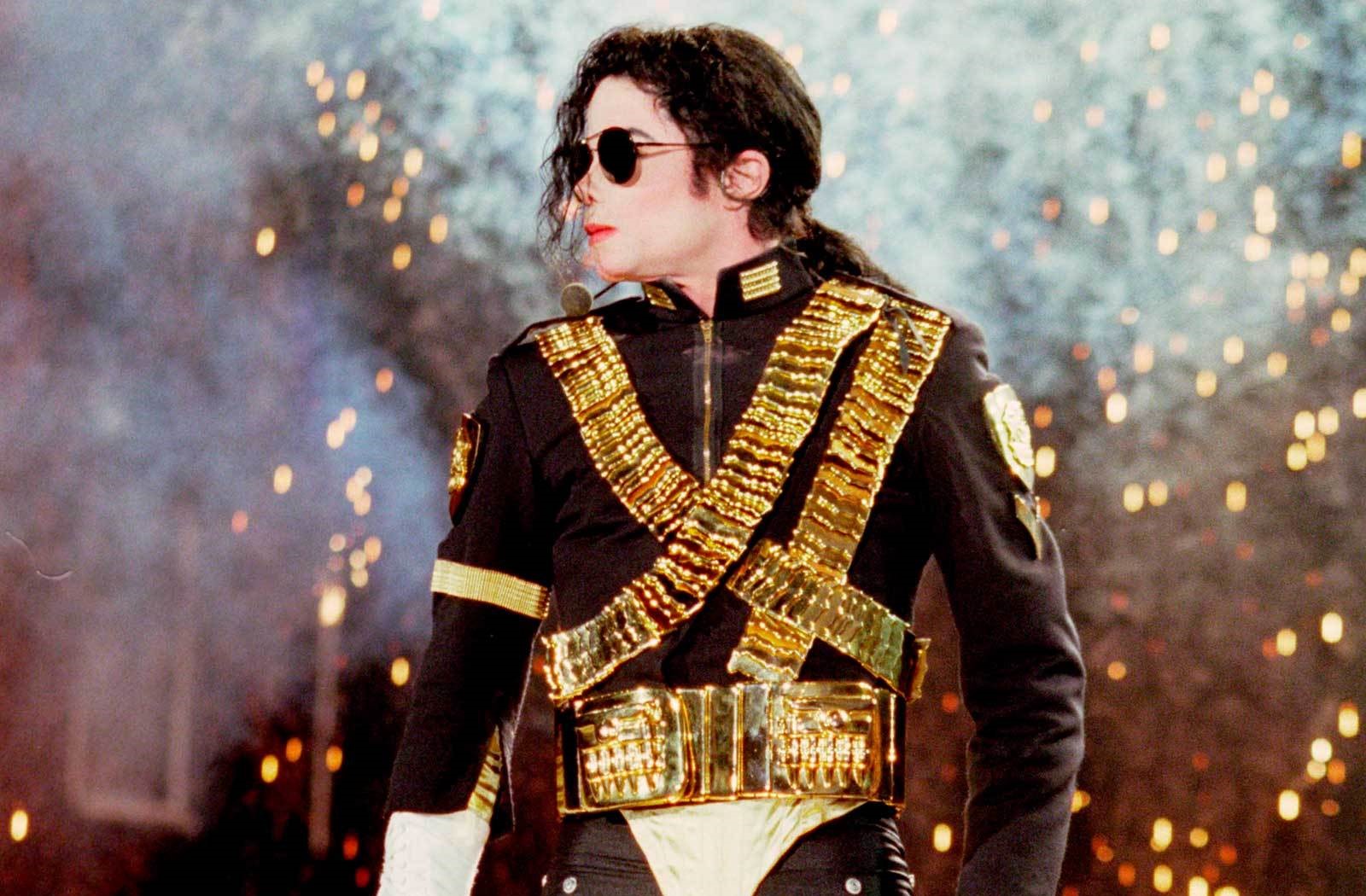 Celebrating Michael Jackson with 9 of his legendary dance moves 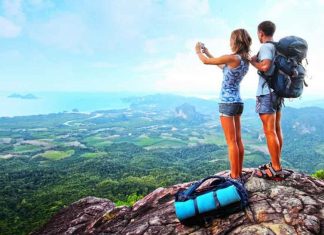