Recently I had the good fortune of witnessing a play in our city written by well-known playwright Prabhat Goswami. The play was based on an old folktale by renowned writer of Assam Lakhinath Bezbaruah. Although the story was originally about a hapless child who was tortured and killed by her stepmother, the playwright here completely changed the focus and gave it a new dimension. Instead of Tejimala, the child victim of her stepmother’s wrath, the main protagonist became the stepmother, portrayed as a young wife, deprived of her husband’s attention because of the presence of the motherless child. The fact that a woman too has needs and desires that need to be gratified was highlighted in the play and this gave the old folktale a brand new modern concept.

Staging of plays and dramas are rare these days and we don’t often get to see a good drama. This makes one wonder whether theatre as a performing art is actually dying out. Theatre is often called the fabulous invalid, as a dying art. With the electronic media flooded us with an abundance of entertainment, a play staged live has smaller audiences but for theatre lovers there is nothing more enchanting than actors performing live on stage.

Theatre itself has developed in the sense that modern technology has entered this field too. The movement is called technodrama in which 3d projections and computer animation are used. But some people in the theatre field do not like these innovations. They say technology cannot replace the power of imagination. Music and sound effects definitely enhance the shows but it is the live acting skills that actually make or break a play. Unlike the shooting of a film there is no first or second take. The performer is not facing the camera but directly facing the audience so the performance has to be perfect.

Theatre originated in ancient Athens as early as the 5 th century BC.Dramas were performed in festivals that honoured Dionysius. Without auditoriums and sound effects the performances were given in semi-circular auditoriums cut into hillsides. The characters in these classical dramas and the performances were so powerful enough to give goosebumps. Characters like King Oedipus and Antogone remain etched in the hearts of theatre lovers.

In India Theatre is an ancient practice that existed from the dawn of civilization. According to the Natyashastra of Bharata, drama is a gift from the gods to humans.

Modern Indian theatre has a legacy that is influenced by various sources. It was however through the British that western proscenium style theatre reached Indian shores. In 1830 under the patronage of rich native families we had the first Bengali language theatre outside the format of the indigenous folk performances. The Jatra in Bengal was an indigenous art form. Later it played an important role in Bengal Renaissance.

There was a time in Bengali theatre when Shakespearene plays like Hamlet, The Merchant of Venice and Romeo and Juliet were staged. In the post independence period Bengali theatre made a rather stylish appearance. Bengali audiences flocked to the stage to watch the works of icons like Shombhu Mitra and Badal Sarkar. Theatre groups like the Shakespearana run by Geoeffry Kendall and his wife Laura Kendall attracted English drama loving audiences. Utpal Dutta, also a member of this group, founded the Little Theatre Group.

Till the sixties and seventies theatre was still popular but there has been a significant drop in this art form and audiences are dwindling. Apart from the electronic media and onslaught of western culture ,people prefer to watch television at home rather than go to watch a play. Actors like Naseerudin Shah, Rohini Hatiangaadi ,Dina Pathak, Girish Karnad, great names in Indian theatre moved to cinema. Critics feel that theatre should have stuck to its traditional style instead of trying to modernise itself.

Its however a different story in Assam. Mobile Theatre known as Bhyrmoman Natok is exclusive to Assam. Theatre groups move from place to place with full equipment to stage dramas for a period of eight months in a year. There is no other theatre in the world like the Assamese mobile theatre. It has given Assamese culture a uniqueness.

Drama is popular among the Rabha community of Assam. Recently I had the pleasure of watching an honour being awarded by a well- known theatre group to a person who devotes a lot of his time to promoting drama. Shri Prakash Rabha has been conducting plays for his audiences in the villages under a Sal tree. His audiences, simple peasants sit on the ground under the trees and enjoy the plays. Some actors like Subhacharya Rabha have become famous. Rayanti Rabha received the Bismillah Award for contribution to drama.

Theatre like dance and other art forms teach people to express themselves. It must not be allowed to die down. It must be nurtured especially among young people. 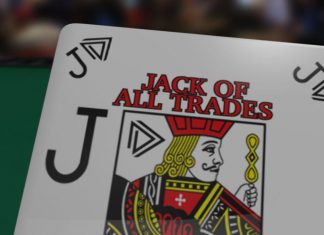 Life across the slashes