INNFINITY
Home Limitless Of the idiosyncratic intricacies of Jim Sarbh His is a name that you don’t encounter as often as you would want to for someone of his caliber but actor Jim Sarbh isn’t the one to be fussing about numbers. Or about anything at all for that matter except of course the craft he feels so deeply about. A selfish actor by his own admission and one who is specific also at that, in being uncompromising with his freedom while exploring the nuances of a trade he is peculiarly well versed with. Peculiar we say, because even in portraying negative roles on the most occasions of his appearance at least on screen, his is a persona that dwells in the fore of acting with a charm that stems from his own. As the dreaded hijacker in Neerja or the husband in love possibly with an other woman in Made in Heaven, Jim Sarbh’s proficient dwelling in the art of acting means that you end up obsessed with every one of his character despite their numerous ‘on the contrary’ traits.

With however a mere four years of presence in Bollywood, Jim Sarbh’s profusion of the histrionics has made him a really venerable presence in the industry. Needless to say that most of the Sarbh that we witness on screen are drawings from his affinity to the theater, of which he is a very committed practitioner. Having spent some time in theater at the US in Atlanta after graduating in psychology from Emory University there, ‘the calling’ for Jim Sarbh was one that only capitalised on his instinctive talent and was therefore not as much of a decision as it was a natural way forward to doing something he had solely been interested in doing all his life. Nevertheless, he still had to embark on the journey of spirituality and self discovery, as the way forward was a rigorous one of embarking on doing justice to his capabilities and emerge as a better actor with every single venture that he chanced upon. His has been an immersive journey all through from there, for rarely would you find him doing such roles that won’t be riveting enough in the intensity. Not that this is something particularly of his choosing but it’s perhaps the kind of energy he personifies that has led him to be cast in a slew of negative characters or ones with dark undertones at least. Eccentric at his best- perhaps that’s wherefrom he derives his infectious bout of peculiar energy from, Jim Sarbh’s is an identity that stems from his irresistible aura. Unconventional all through, whether it be his looks, his mannerisms or his approach to something as explored as the art of acting, he also is a much unconventional in that his love for acting does not allow him to profess the theater as a better medium than commercial films, or even vice versa.

Quite surprisingly, Jim Sarbh’s take on Bollywood is far removed from what the common perception of an industry rooted in glitz and glamour has been. Not averse to such light hearted roles that would see him explore diverse genres as comedy, drama et al, Sarbh believes that films can even be a greater degree of exertion than theaters. That’s because every shot in a film is one that needs to be perfected because there is no scope of returning and re-returning to it for improvement, unlike in stage performances where one constantly evolves with every act in every show. His love for the medium of films as a platform for wowing one and all with his acting dwells also in their wide reach and the peculiar demands extracted out of actors like him. Particularly when it comes to nailing spontaneity, Sarbh believes that the deliverance of impromptu perfection in films is something that stems as essentially from rehearsals for it to become so innate a second nature that perhaps contradicts the whole notion of spontaneity. It perhaps is such peculiar understandings of acting and his own efforts in delivering the best through them that makes Jim Sarbh an actor more rooted in method than most others.

But even in so much of his awareness- selfish also by his own proclamation, Sarbh does not lose sight of how actors tend to be the only ones deified for their part in making films, even when they tend to be only a segment of the whole film making process. For someone who is content with himself being an actor rather than a star, Sarbh also is starkingly perceptive about just how adulated filmy heroes tend to be. So much so that even their personal lives become as much a matter of concern as their on screen performances- something that the unpredictable actor is not very approving of. After all, it hardly should matter what he is upto in real life, if his reel presences are flabbergasting enough to keep the audiences satiated. But even for someone so hell bent on keeping polar entities at opposite ends, Jim Sarbh himself is quite a juxtaposition of the traditional contrasts. An intense workaholic and also a die hard romantic at heart, it therefore wasn’t much of a surprise to the world even when his slew of intensely powerful performances was paralleled with a starring in the music video Cold/ Mess by Prateek Kuhad. Even therefore in his starring in the romantic film Raabta, Sarbh had been no less terrifying a man as he was as the scheming Malik Kafur in Padmaavat, manifesting his versatility continuously even with such work that hinge on diverse rungs within the spectrum. That again might be something encompassive of his own moody existence, stemming part from the irritability of being drawn to typecast as a negative actor and part perhaps in his own multiple conflicts as an actor too drowned in the experience of his intensely involved acts.

That however is something that would only be natural for someone so adept at delivering such characters that dwell in layers and layers of complexities. After all, you can’t even pretend to be someone if you are not at least a bit like them, as Sarbh himself believes. That helps also in his interpretation of the characters, improvising as he does because he can actually get the ‘feel’ of its person. No wonder in even his most dreaded enactions, Jim Sarbh has been able to build up a relatability that is nowhere near the chasm of repulsions that he was supposed to undergo through as a character. In being endearing in his acting and loathsome in the part he acts, because he is ‘destined’ to be so, Jim Sarbh is truly and magnificently one of the most intriguing character actors in the history of Indian cinema. A chance at the Oscars with his short film Sometimes, I Think About Dying that was shortlisted for the Live Action Short Film Category at the 92nd Academy Awards is only a reminder of what this absolutely gorgeous actor has been doing in all his time that Indian cinema has been blessed with. Also listed in Forbes India’s 30 under 30 list in 2015 for his extensive work in theater, this actor cum director is the worthy descendant of the Pundole family that was one of Mumbai’s earliest promoters of art in Independent India. His impressive work portfolio speaks about just how esteemed he is in his acting sensibilities, having evolved from a time when he equated actors with narcissists. Having gone on thereafter to work in such coveted projects as Alyque Padamsee‘s 2013 revival of Death of a Salesman, Konkona Sen Sharma’s acclaimed 2016 directorial debut A Death in the Gunj and numerous such mentions that are striking in the very name of it, this darling lad of the theater scene in Mumbai is living up to all the acting dreams he truly was made for. 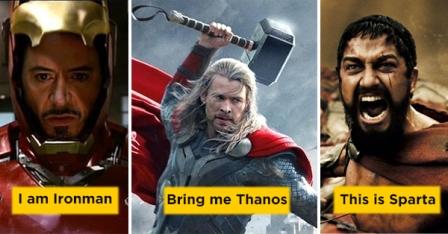 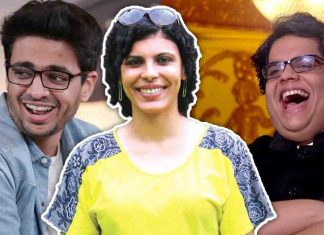