The grounds- rather the waters- on which the Titanic made history are so massively explored and therefore tremendously well known that even such fate of doom as being the disaster of a magnitude that it had been is a distinction that accrues to it in much romanticisation. But considerably greater in the physical manifestation of it, at least in the staggering counts of the toll if not the overwhelming sight of its structure, and affording therefore a greater and grimmer check into the reality and not romanticness of what is tragedy indeed has been a more recent encounter and one as appalling, or perhaps greater even in its unravelling as disaster. Charting out the same expanse of the boundless seas and the bottomless oceans had been this as 21st century as possible projection of a maritime misfortune that however did not make quite the stir that it should have despite its sailing in more aggravated a fury of the troubled waters.

Stir it did make indeed in the sheer unimaginable range of what it ‘achieved’ as a calamity but the fact that the 2002 tragedy of a capsizing Senegalese ferry does not live on in world memory as the mass calamity that it had veritably been makes for an account as alarming as what the event had been in itself. Commemorated in 2022 as the 20th anniversary of this fateful occurrence on 26th September is this haunting reference of the Joola tragedy that might have been one of the many horrific accidents of goods and passenger carrying ferries still occurring as not any isolated episodes in different parts of the world. But the fact that the capsizing of the government owned MV Le Joola bodes upon concerns outside the realm of the waters as well and in such capacity that does not speak exclusively in terms of negligence limited only to this sphere of the earth’s primary composition makes it a far more unsettling and deeply stirring catastrophe than what it apparently unfolded as, at least in the national or limited still regional context.

And that partly explains the appallingness of the character that the Joola tragedy assumed of course in the devastating counts of death no doubt but also in the barely known awareness of it. That something of this sort occurred, in a time as technically and technologically advanced as the 21st century and almost a century later after the much popularised sinking of the Titanic is itself a cause of distress. But even abject is the assertion of how unasserted this otherwise particularly glaring case in occurrence that sinks in as the second worst mishap of this kind- spacing out even the ‘iconic appeal of the Titanic- happens to be in its underreporting in international media at that time as well as its continuing dwelling in obscurity almost even in the two decades since then. Add to that the apathy surrounding that horrendous happening in history even in the nation of its defining and this new millennium narrative makes for a nightmare that left shattered an entire shipful of lives, each diverse then in their own way of survival and since merging into that singular identity of being harbingers of a memory dark, despondent and dreadful.

Named after the Jola people of southern Senegal, the ship supposedly modern in its make and construction and equipped as well with some of the latest safety equipment when it was first introduced to service in 1990 was designed to span over some thirty to forty years. And yet it had been just a couple of years over a decade when the Joola sank, that too after a couple of weeks of being reintroduced to fare the waters after a yearlong period of being subject to repair and replacement. That the entirety of the onus of the tragedy could not be attributed to the built of the ship is one thing but despite that allowance in exemption, the effect that the compromising upon the Joola’s constitution have had on its entire identity and mostly on the people aboard it on that fateful day has been anything but excuseable.

Limited in her very basis of seafaring as not being conducive to chart out such depths of the waters, the Joola’s maximum capacity of 580 overall was overlooked more often than not and particularly on that specific day of the 26th of September a score of years back, she would be overburdened by an unbelievable ‘crowd’ of at least 1900 passengers. Take into count also the crew and staff onboard and the Joola was exploited enough to ultimately set sail with no less than 2000 lives offering themselves to what awaited. In fact so unduly immense had been the tool that the Joola was forced to bear that very day that some fortunate enough to remain only as would- be passengers chose to forego their need in having to further cram up the already tilted ferry, ordinarily meant only to make way through the more stable length of the rivers.

In its body defined in dimensions of 79m by 12m, the Joola was intended to facilitate transport and communication for the southern region of Casamance in Senegal particularly in making the capital Dakar accessible. Taken over by the military some half a decade after it commenced operation, the ship however saw no change in its regular subjecting to over capacity which might emerge as a possible explanation for its more than often run into damages. And it indeed has been this phenomenon in overcrowding, to a considerable four times beyond its permissible limit that aggravated to great extents the magnitude of the tragedy that the Joola capsizing would be.

The premise of the Joola tragedy therefore inevitably reeks of an obvious avarice with ferry officials making considerable sums in granting last minute entry upon the vessel with off record earnings. But while such indulgence in corruption proved to be the doom for all those involved, another determining fact in this same concern in overcrowding happened to be rather noble. As the multiple free travelling passengers on board suggest, the Joola too had been made party to the West African tradition of allowing ticketless travel to impoverished people in what would be interpreted as a show of solidarity.

And yet, despite such glaring evidence in straying way beyond its stranding capacity, the Joola should not have met the tragedy if government officials are to be believed. Even with the definite evidence of 1034 ticketed passengers, many did not see overcrowding as even a factor in the ferry capsizing. How much of such assertion was true or not can never be ascertained but despite such imposition of (un)popular opinion, it cannot be denied that the ‘extras’ sure were responsible in at least magnifying greatly the overall death toll.

If overcrowding the Joola was viewed in such unserious light of its capsizing, it also was the attitude of the officials in attempting to salvage the remnants of what life was probably still living that was equally irresponsible a display in extreme callousness. The count of at least a humongous 1863 human lives, including the 46 babies and toddlers none of whom managed to escape their fate, defines the magnitude of this incident, a portion of which perhaps could have lived to see the light of later days if only the rescue response had been quick enough. But as appalling as it might be once again a turn of events, it wouldn’t be until more than half a day had passed since its capsizing that help finally arrived.

That it took 17 whole hours for rescue action to be pressed at a site of an event so massive and so close to the capital speaks volumes of the absolute apathy that the Senegalese government and the concerned officials harboured. And even when some attempts at rescue were made for the immensely fortunate enoughs onboard a ship beginning to sink in the darks of the elevens of night to have possibly survived till at least seven in the morning when the news in conveyance was relayed through an equally ridiculous channel of passing boats, the comedy of errors in this tragedy took a further leap to unbelievable heights with not sufficient equipment at hand of the rescuers sent as saviours to actually live up to that identity of their calling.

What sums up thus the untowardness manifestation of the Joola episode as a capsizing misfortune happens to be a stemming of the military operating the ship outside any consideration of laws and limits, as well as of the officials ignoring long time the concerns arising out of such mismanagement and also the lackadaisical attitude of the leaders in effecting prompt measures in mitigating the scale of the occurrence. But what explains the character of this colossal occurrence so widely impacting upon particularly some communities of southern Senegal even as passengers of some 15 different nationalities also emerged as casualties of the incident was the ‘essential’ nature of it. That is to say journeying upon the Joola and to that extent overcrowding it therefore was a choice that the masses had to consider as their only option in everyday survival even in the face of definite peril.

Among the thousand at least on board the Joola that particular day of September had been university students and football players as well as farmers and fishers and sellers and buyers when it set sail to ultimately fall prey to the rough seas and wind triggered by furious display of the unpredictable power of nature in sailing into a fierce storm. And what commands special attention out of this diverse composition of crowd is the presence of a considerable number of university or post secondary school pupils having to let themselves afloat in this pretentious route through the sea owing to the lack of an educational institution closer back home. That this lack of learning options in the form of physical classrooms in the Casamance region had been long alleged to be a case of discrimination by the country’s central government only established rather strongly the multi dimensional nature of the tragedy that the Joola reference sadly identifies itself with and will continue to do so, especially in never having achieved for itself a fairness in dealing with none held accountable for a disaster so shattering to hold the potential of dethroning the then Prime Minister herself but limited only to such shows of standing for justice. And continuing from there has been this agony in loss of lives to take on such morally debatable grounds of reasoning that does not even accord a proper place of memoriam for the soul of the couple of thousands lost to the waters- and the apathy, with some of those bodies still languishing at the rock bottom of the sea inside the very wrecks of that ship that had wrecked wholly the essence of their entire existences. 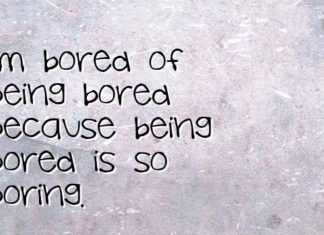 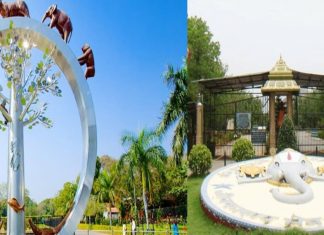