The tryst with destiny that Indian independence has been famously evocated in all its historic march to overthrow the oppressive British rule is but not the result of any singular incident dramatically affecting the course of the nation’s status in governance. Rather it had been the emergence of a nationwide, consolidated movement drawing from the torture and injustice meted out to the Indians as a whole by their then rulers that is what led the country upon a path of demanding absolute freedom for itself. What unfolded along this route of never easy beckoning had been a saga of struggles and tales galore of the tyrannical escaping the treacherous trails of which the Indian identity finally managed to assume for itself the ultimate awakening ‘in life and freedom’ after a long 200 years of subjugation.

Shaped up by a series of movements, sometimes separate but still mostly interlinked in their common pursuit for independence had been the Indian freedom struggle that spanned over the course of almost a century eking out indeed the victory in an ultimate realisation of sovereignty but also scripting history in itself in its largely non violent approach to achieve the same. One such movement that manifested itself as a different expression even within its adhering to the peaceful Indian way of protesting the colonial rule was what would come to be known as Khudai Khidmatgar. And while the alluding of this movement emerging out of the country’s North West Frontier Province of those times to the larger identity of the freedom struggle is what has ruled its essence over the years, Khudai Khidmatgar however began as a social reformation campaign. Its taking upon thus the assertion of being a key strand in the entire weave of what finally helped the Indian nation emerge as an independent state of its own availed out of its remarkable evolution to emerge as a political narrative concerning the more holistic aspects of the national crossing over from its basis out of Pakhtun dominated areas.

Literally translating as Servants of God, Khudai Khidmatgar, also called Surkh Posh or “Red Shirts” or “red-dressed”, aimed at socio- cultural and educational reforms for the Pashtoon society as a whole to help it set out on the path of development. In such essence of its characterisation, this reform movement started out as the Anjuman-e-Islah-e Afghania (society for the reformation of Afghans/Pashtoons) under the leadership of Khan Abdul Gaffar Khan. Popularly known as Bacha Khan to the people of the Pashtoon community to which he belonged and as eminent in his pan Indian recognition as Frontier Gandhi, Khan had realised rather early the potential that rested in the non violent line of resistance. Triggered by a certain 1930 event of a massacrous manifestation had been the clear cut emergence of Khudai Khidmatgar as a dedicated freedom movement surpassing its identity as a crusader of reform.

The particular happening that made Khudai Khidmatgar unfurl as a definite movement pledging to the cause of overthrowing the British Raj stemmed out of an occurrence that emerges also as one of the defining moments of the entire Indian freedom struggle. Stirred by the Qissa Khwani massacre emerging as the first major confrontation between the British Indian Army (BIA) and the freedom fighters, this event of April 23rd, 1930 occurred in the aftermath of the arrest of Bacha Khan. Detained for his deliverance of a speech in Utmanzai urging resistance to the British colonial rule and the subsequent arrest of other Khudai Khidmatgar leaders led to a large crowd of supporters gather at the Qissa Khwani bazaar. As troops of the BIA drove into the peaceful crowd killing and injuring many of them and resorting further to open firing with machine guns on the unarmed gathering, what ensued was a six hours long encounter with violence that led to the killing of several hundred and wounding of an even greater number of the protestors.

The aftermath of the massacre that took place in Peshawar might be interpreted as being the espousing cause of the Khudai Khidmatgar movement in pursuing the definite goal of complete freedom but this would not be the only case of mass shooting that sought to overthrow the forever peaceful ways of the Pashtun demonstrators. In such repeated cases of being specifically targeted by the British officials, Khudai Khidmatgar came to align itself with more political ideologies gaining steam thus as an organisation emerging to become diplomatic with its dealings. The movement’s formal joining of the Indian National Congress helped further establish it as a key driver of the Indian independence movement in such capacities rather influential. The 1937 elections of the North West Frontier Province saw Khudai Khidmatgar secure majority in alliance with the INC, as a result of which Frontier Gandhi’s elder brother Khan Abdul Jabbar Khan was elected Chief Minister of the province.

The political predominance of the movement continued to manifest well until the dawn of independence upon the country, with even the 1946 elections favoring the reelection of Jabbar Khan or Khan Sahib as the Chief Minister. Securing thus control in governing a province strategically very important for the British in their aim of ruling over the entire Indian territory, Khudai Khidmatgar managed to pose a challenge to the British rule, facing on that account some of the most fierce British repression but still standing resolute in its commitment to non violently oppose the same.

The world’s first organised non violent army with some 100,000 members voluntarily pledging allegiance to its oath in serving humanity in the name of God, Khudai Khidmatgar tended to be equally prominent a vision in embodying the very spirit of opposition against the British. Standing out in their brick red colored shirts that while might have been a resort out of necessity still carried within it the symbolic meaning in anti colonialism charting out of the ideals in revolutionary and socialist leanings.

Politically distinctive thus and reformatory in its continuing stance perpetuating since its origins, Khudai Khidmatgar presented also a scope in a different dimension of working. Despite being imbued in a prominently Islamic identity but still harbouring a more than cordial relationship with the INC over the Muslim League owing mostly to the latter’s not so definite stance in British opposition, Khudai Khidmatgar made for a genuine case in furthering Hindu- Muslim unity. Employing very assertively the Islamic context to never for once waver in their solemn belief in non violence had been this evolving identity catering in every way possible to the greater Indian essence of a free and united existence. Even in the face of considerable conservative backlash and the widespread British harassment, Khudai Khidmatgar persisted as an ally of the Indian independence movement dedicatedly till the very ultimate moment of the nation embracing that sweet joy of victory.

Despite all its vouching for the idea of an India free and united in the truest sense of it, the Khudai Khidmatgar movement still sought to eke out their own distinctive identity. Opposing vehemently the proposal for the Partition of India and siding thus with the Indian National Congress and the All India Azad Muslim Conference, the Frontier Gandhi led organisation still made demands for a separate state of Pashtunistan to exist independently of either India or Pakistan. That however was not to be and the Khudai Khidmatgars ended up on the other side of the border in Pakistan where they experienced a threat to their legacy from the government due to their continuous demand for a wholly independent existence. Dismissed and banned and subject to the atrocities of yet another massacre, this crucial component of the Indian freedom journey could never really enjoy the true measure of its success. Despite managing to bring about reforms within their community and feeding also the ultimate desire for true freedom, Khudai Khitmagar remains a chapter lesser explored in Indian history. Revived rather recently, only in the second decade of the 21st century and continuing to extend its services of humanitarian basis with some 5000 members are these true Servants of God that epitomise indeed the ultimate virtues of what connotes independence in the truest essence of it. 11 of the most timeless RJs across India 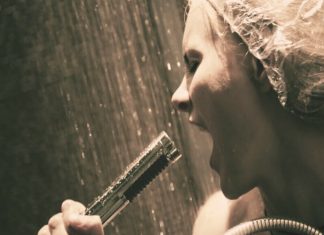