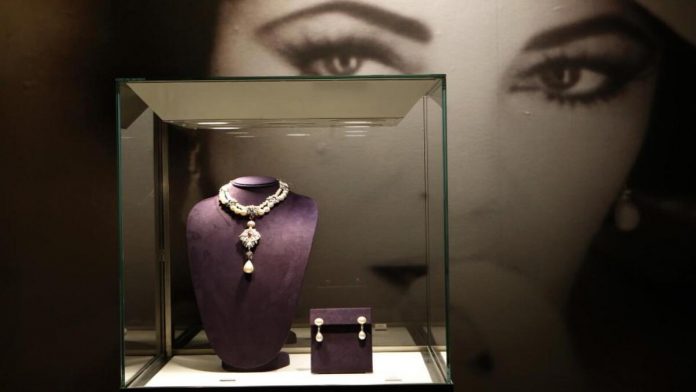 Alluring and exquisite, precious in their pricelessness and elegant in their very nature of occurrence, pearls are a shining specimen of beauty of the world. Despite the adage choosing to exalt diamonds as being a woman’s best friend, pearls fit the bill as aptly as well with a lustre that speaks for itself and a glamour that it lends upon anyone lucky enough to have one of them sparklies glittering on their person. Subdued even in their stately essence but no any lesser an assertion of the grandeur that they encompass in their bearing as being some of the rarest and therefore finest jewels to ever be are the pearls of the world that has left many a man and his muse enthralled with the sheer dazzle of their being. Expensive indeed in all their rarest of the rare gleam of finesse, pearls are a notion of beauty diverse than any other that governs the aesthetic standards of the world.

Pearls speak of elegance, they gleam in refinement and their dwelling is one of immense sophistication and class. No wonder the royal and the elite seek them out in all their elusiveness and treasure them to an extent that has them obsessing and indulging in the immaculateness. And while pearls as pieces of jewelry have always been beads strung on necklaces and teardrops adorning earrings or standout features of what encircles the wrist in all delicate flair, there has been one particular of them that finds seating instead on a pedestal of immense covetousness. Indeed therefore emerging of a distinction that hails it as the most famous pearl in the world is this certain piece of brilliance that has been constantly capturing the fancies of the world since at least the 16th century. Discovered though later in the 20th century as what had been the largest of its kind, this 1913 magnificence of a find commands still reputation as being one of the largest perfectly symmetrical pear-shaped pearls in the world. Christened the La Peregrina and first mentioned in ‘Commentarios Reales de Los Incas’ by historian Garcilaso de la Vega is this historic piece of sparkle that continues to hold the world in awe with its mavericks of fate across time.

A recurrent theme of attraction across the psyche of what many Spanish monarchs commonly pursued in all its extravagance, the history of the La Peregrina might indeed be more famous than that governing the realms of identity of any of its kind but there still has been more than enough scope for doubt even along this distinguished trail of legacy. Often mistakenly attributed to Mary I in many of her depiction in portraits is this prominent occurrence of what is purportedly the Pilgrim or Wanderer pearl, as per the roots from which stems its statuesque etymology. A Spanish word residing in a meaning elucidated as “the Pilgrim-woman” or female “Wanderer” is the La Peregrina that however has been subject to large erroneous interpretation as in the Mary I reference which in fact identifies as the Tudor Pearl or even more definitely the Mary Tudor Pearl. Another as glaring account in erroneousness concerning this nacreous stemming of iridescence testifies it instead as the La Pelegrina pearl, quite obviously from the minute similarity in spelling, the difference though not quite as substantial with both treading similar terrains of fame in and through history. But boiling down as it does to identity that is what separates one from the other and steeps therefore each in their own distinctive charm, either of appearance or of essence, the La Peregrina and the La Pelegrina are indeed discrete and distinct entities of their own.

Despite the difference, both these jewels of fame share their lineage in discovery as they do in their identity. Concerning ourselves though with the La Peregrina in all exclusivity, the stunning specimen of spherical sight was unearthed in 1579 at the Gulf of Panama by a slave. From thereon, the famous pearl made its as famous journey to Spain where it found itself embarking on its eventual territory of royal glory. Sold to King Philip II who intended it to be a rather precious wedding gift for his daughter, the La Peregrina however fascinated so much the king himself that he decided to let it satisfy instead his regal whims. In fact so devoted was the monarch to the lavish luxury embodied by the La Peregrina that he later elevated it to the rank of a Spanish Crown Jewel in his testament , setting the premise for the pearl to find recording in every royal inventory since then for more than a couple of centuries to follow. That indeed had been just the beginning for a pearl that would go on to chart an illustrious history of its own, enthralling as it did the Spanish Queens who went on to excessively favour this sparkling gem of a jewel along a route of happenings regal indeed in their very nature.

A definite symbol of royal lineage therefore, the La Peregrina found mention as a possession treasured in its holding by Spanish royalty across a range of 17th century memoirs. Surprisingly though, Mary I had never been an elite owner of this piece of what made up the coveted regal collection, even when ironically it is her name most prominently attached to it, though in misinterpretation like we have already explored before. She perhaps should have been, given that she indeed was the wife of King Philip II but for the discovery of the exotic jewel that happened a good couple of decades after her death in 1558. It instead was Margaret of Austria, the wife of King Philip III & II who ushered in the historical module along which the La Peregrina set out to establish its dominion. Donning the spectacular piece of jewelry to celebrate the peace treaty between Spain and England in 1605 had been the Queen of Spain who was emulated in her love for the crown jewel by Elisabeth of France, also the Queen of Spain and wife of King Philip IV and III. Not just Elisabeth though, her husband took an equal liking to this esteemed royal jewel, flaunting it with pride upon his hat at the wedding of his daughter Maria Theresa to the Sun-King, Louis XIV of France. Much like Elisabeth following in the footsteps of her precedent Margaret, the former’s successor Mariana of Austria displayed her unwavering loyalty to the glittering piece of glory as depicted in many of her illustration in paintings.

The prominence therefore of the La Peregrina was established soon after its discovery and passage into the hands of royalty but it wasn’t until the 19th century that it came to assume its identity in essence. It was sometime in the second decade of the 1800s that the name La Peregrina- the Wanderer came to stick with the pearl at the behest of the elder brother of Napoleon, Joseph Bonaparte who took the esteemed jewel with him after ruling over Spain for five years. Bequeathed later to his nephew, the future Napoleon III of France who had to trade its prestige for the sustenance of his finances, the sparkle of fame found its way to Britain and went on to assert its dominance across the fore of another nation. And thereupon emerged another intriguing ‘legacy’ that did up the La Peregrina in as much fame as its many a historical traverses through the route of royalty.

The Duke of Abercon James Hamilton who procured this embodiment of status and wealth from the Frenchman Napoleon III, the most famous pearl in history came to embody its fame in ‘slipping away’. Beginning with the nobleman’s wife Louisa, the La Peregrina has been famously misplaced several times along the years, an amusing enough detail that has only added another element to its dimension of prized popularity. Indeed a heavy seating by all manners of its reputation that rested in a remarkable 55.95 carats of essence, the La Peregrina was more than susceptible to falling out of its strategically prominent placing in pieces of jewelry, escaping its engraving upon the necklace at least twice, famously that is. Of course the spot of the historic losses weren’t any less stately, once stirring up frenzy at the Windsor Castle and the other time at the Buckingham Palace. However, the immensely heritage piece of preciousness that La Peregina had firmly come to be by that time meant that it was recovered on both occasion courtesy frantic searches for what was indeed a treasure. Lousia however had not been the only one at the receiving end of this susceptibility that the most famous of pearls displayed with also its succeeding owner having to deal with its by now snobby enough antics. From Louisa the La Peregrina made its way to decorate the iconic persona of British American actress Elizabeth Taylor. Procured by her husband Richard Burton from the Sotheby’s auction which was where it slipped out for eternity from the possession of the Hamilton family, Taylor became proud bearer of the pearl as a Valentine’s Day gift from Burton. But what turns out was that the immense charisma of the La Peregrina made it more beloved a treasure for the widely acclaimed Welsh actor Burton over even the (in)famous bond with his wife which was what sent Taylor in a tizzy with one particular discovery of the missing piece of beauty. Ultimately ‘rescued’ from the chewing miseries of one of their puppies, unscratched, intact and still (mischievously) gleaming much like what ‘the most perfect pearl in the world’ should be, the La Peregrina stood up to its enduring legacy as being not just a fancied reality of the world’s elite but indeed a veritable entity in itself resident as much in the royal airs.

From Taylor, the La Peregrina embarked upon a route less steeped in its adorning of elegant royals and alluding more instead to its charm acquired through history. First commissioned by Taylor to redesign its setting, the pearl found its place among other exquisite diamonds and gleaming rubies upon a Cartier necklace. Thereafter, it was the Smithsonian Institute’s The Allure of Pearls Exhibition where it was showcased in all grandeur in 2005 before scripting history yet again six years later in 2011 by selling out for a record price of more than $11 million at an auction of Elizabeth Taylor’s collection. Timeless indeed in its dignified reputation and its very visible stature in all veracity, embodying of power and prestige and prettiness and prominence all at once and shaping out therefore to be an identity not just valued as a piece of jewelry but treasured rather as a significant bearer of heritage, the La Peregrina has managed to be what only the rarest of the rare gems can claim absolute authority in- a symbol of perfection in and beyond its beauty. 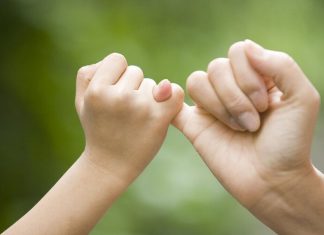 8 signs of untrustworthy persons that you should totally trust 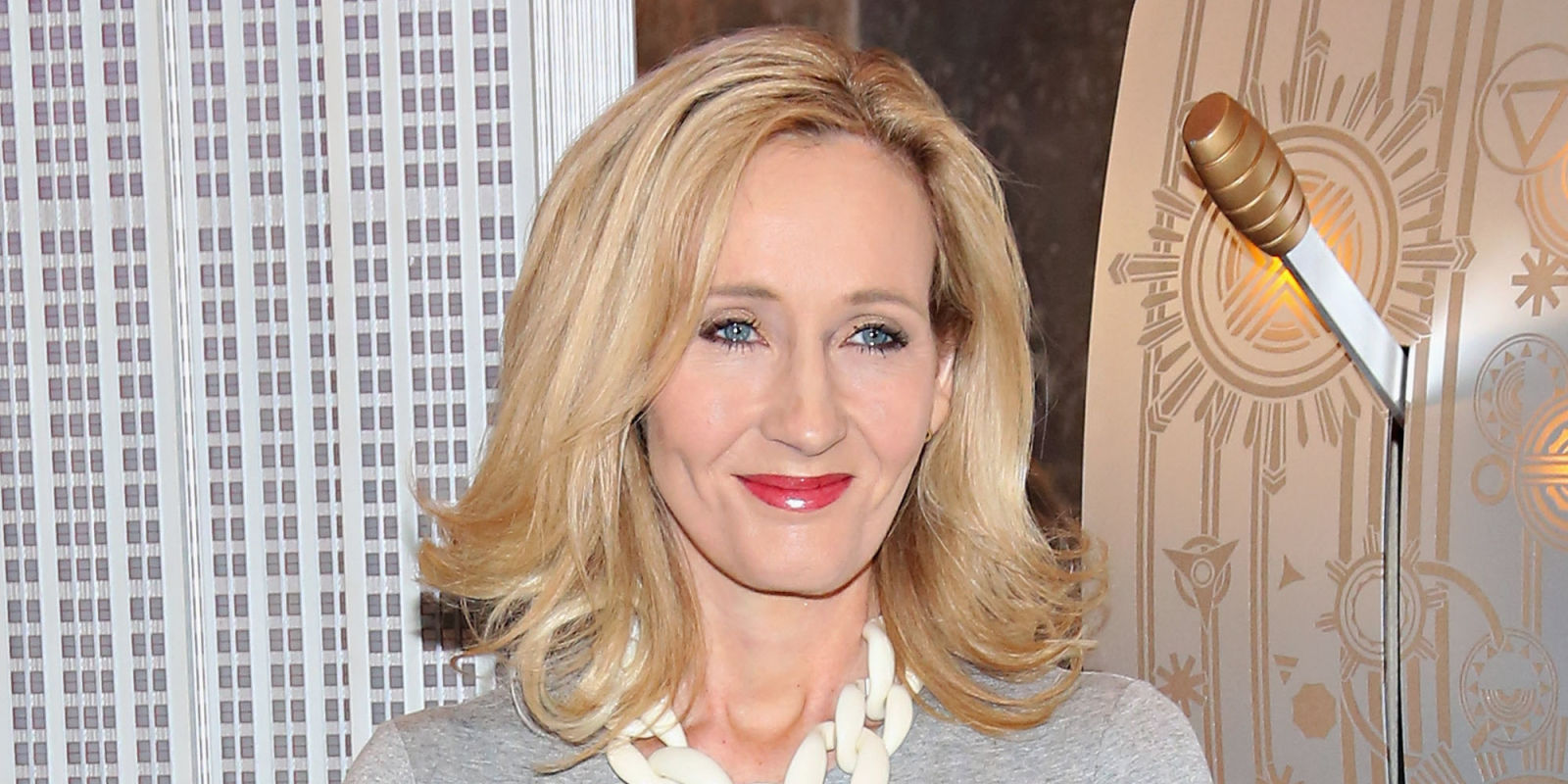