Because shopping is therapy, it’s a given that the overall shopping experience should also be equally calming a pursuit. No wonder malls of the modern times are enormous spaces of luxury and leisure. Reflecting lifestyle changes over the times, malls in India have also gotten bigger and better. Here are some of the largest malls in India that you can explore in 2020-

Operational since 2016 in Noida, the Mall of India is the largest in the country. With a dedicated kids zone, entertainment, international cafes, food court and restaurants with a race track atrium, the DLF Mall is a popular hub for enjoyment and leisure apart from fashion shopping. With 330 fashion brands and 75 dining options in tow, this 2 million square feet big retail space is one of the must visit attractions in and around Noida. Also proclaiming itself to be the first destination mall of India, DLF Mall is surely one of the most popular among locals and tourists alike.

One of the most famous of shopping malls not just in India but in entire Asia, Gurgaon’s Ambience Mall is an enduring tourist hotspot. Winner of such awards as the “Best Shopping Center of the Year” and “Most Admired Shopping Centre of the Year”, the more than a decade old mall definitely stands true to its dictum of being the Space for a million smiles. India’s largest shopping mall and a one stop destination for shopping, dining and entertainment, Ambience Mall has been operational since 2007.

A focal attraction point for a bevy of Bollywood celebrities, the World Trade Park is a shopping mall in Rajasthan’s Pink City Jaipur. A really unique structure comprising of two different blocks that are seperated by a city street lined with restaurants, it is also the architecture of the mall apart from its size that is a massive crowd puller. In fact, WTP was awarded the ‘Best Architecture’ by the Bar Council of India and was also named Mall of the Year. The World Trade Park also consists a one of its kind display system where 24 projectors create a single image on its ceiling. A 11 storeyed tall building, the World Trade Park has been open to the public since 2012.

The largest shopping mall of central India, Bhopal’s DB City Mall is one of the most popular places to visit while in Madhya Pradesh. Since 2010, the mall has been the prime shopping center in the city due to the presence of major fashion brands within its premises. The DB City Mall also has a six-screen multiplex to cater to the entertainment needs of the people.

While Ambience Mall is a part of the expansive stretch of malls situated in Delhi‘s Vasant Kunj area, it still is one of the largest in India. With extensive shopping and entertainment options, the huge mall is a popular hang out spot for Delhiites. Like its Gurgaon presence, the Vasant Kunj Ambience Mall also is spread over a sprawling area, making it one of the largest malls in the country.

One of the biggest shopping malls not just in Pune but in the whole of India is Phoenix Marketcity. Delivering a holistic lifestyle and leisure experience since 2011, Phoenix Marketcity is Pune’s premier shopping destination spread over four storeys of retail space.

The second largest shopping mall in northern India and one of the largest in the country, the Elante Mall in Chandigarh has been operational since 2013 and is the go-to place for shopping lovers in Chandigarh. Like other major malls, Elante too serves not just fashion but also entertainment and leisure across its sprawling expanse.

Mumbai’s Phoenix Marketcity isn’t just another gargantuan space of shopping and lifestyle, it also is truly the ultimate shopper’s paradise. From fashion and food to fun and entertainment, this sprawling expanse of a 2.1 million square foot area is as enormous an unraveling when it come to enjoyment.

Bangalore’s Phoenix Marketcity mall has been branded as a “larger lifestyle engagement destination” occupying a massive 1,400,000 square feet of area. Since 2011, this huge mall has been the centerpiece of Bangalore’s every shopping experience across its 296 in house stores and is equally prominent an entertainment zone in its many encompassments.

The largest shopping mall of Eastern India, Kolkata’s South City Mall is a shopper’s haven. Housing also the only of its kind IMAX Multiplex in the city, the mall is as exciting a recreational destination. A food courts also features prominently in this landmark destination in the City of Joy that has been a prime attraction for visitors ever since the mall opened up to the public in 2008.

The largest mall in Chennai and one of the largest in India, the Phoenix Marketcity also is a prime feature in the south Indian city’s everyday lifestyle as it houses the first IMAX screen of the region. Revolutionising Chennai’s retail & entertainment experience, Phoenix MarketCity is a full blown encompassment of leisure and life.

Popular as GIP Mall, Noida’s The Great India Place is one of the largest malls in India. But even as retail outlets and international brands dominate shopping proceedings within, it’s perhaps the dedicated Wedding Bazaar inside the Mall that is a unique attraction of the GIP. Awarded the Best Entertainment Venue in 2016, the Best Media Hub of the Year in 2017 and also the Highest Footfall of the Year 2017, the Mall with a Royal Grandeur is sure a presence larger than life itself!

Spread across some 1,840,000 square feet of area, Chennai’s VR Mall is definitely among the biggest in India. But equally magnificent about this south Indian shopping complex is its traditional architecture and design. From representations of South-Indian gopurams or temple towers to murals painted by local artists, it is no wonder that VR Chennai won the Best Architecture and Interior Design Award for its spectacular structure and grandeur.

Named ‘The Best Retail Project of 2014’ across Mumbai Metropolitan Region, the Viviana Mall isn’t just a luxurious lifestyle parade, it also is one among the bigger malls in India. Located in Maharashtra’s Thane, Viviana is also the first and only visually impaired friendly mall in the country. Viviana also houses one of the largest multiplexes in India alongside fashion brands and play areas.

An Italian themed shopping mall in the Noida region, the Grand Venice Mall has come to be one of the largest in India ever since its inauguration in 2015. Both Indian and international fashion chains and brands make up the mall, as also does a food court and an entertainment arena.

One of the biggest malls in Mumbai, the Infiniti Mall in Malad is also one of India’s largest. Built in 2011, ‘the mall with infinite experiences’ features shopping stores, a multiplex, food court and a play area.

One of the largest shopping malls of Kerala and also of India, the HiLite Mall in Kozhikode has been operational since 2015. With branded retail outlets, food courts, supermarkets, departmental stores all located within its premises, the Hilite mall has emerged to be one of the popular crowded places in Kerala.

The largest mixed used city centre in the heart of Ahmedabad, Ahmedabad One is a swanky mall that counts among one of the biggest premier malls in India. Apart from the presence of local, national and international fashion brands, Ahmedabad One also has a food court and multiplex.

One of the largest shopping mall in India in terms of total area, the Lulu International Shopping Mall in Kochi is also one of the most visited places in Kerala. Housing one of the country’s largest hypermarkets, the Lulu Mall was opened in 2013 and is now Kerala’s most preferred shopping, food & entertainment destination.

Spread over an area of 1,300,000 sq ft , the Select Citywalk in New Delhi’s Saket region is also among the larger malls in India. A multi cuisine food court, an outdoor open plaza and over 180 stores make up this shopping center, awarded the best in north India for 2019. 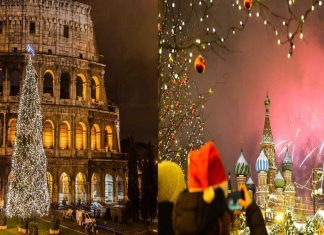 We have listed all the upcoming Bollywood/ Hollywood/ Tollywood movies of...