INNFINITY
Home Limitless List of all the main rivers of India India is a land resplendent in its many rivers. Numerous big and small rivers criss cross the country, either originating within or making inroads from sources outside the national territory. These mass water bodies are undoubtedly breathtaking in the sheer beauty and magnificence of it. But more than their distinct presence and lineage, these rivers are also important assets for the country. Here’s a list of the major rivers in India that are equally significant for the ecology and economy of the country-

The Ganga isn’t seen merely as a huge body of water in its country of origin India. Revered as sacred, the river is in fact worshipped by the Hindus as Goddess Durga. However despite its status as being among the main rivers of India, the Ganges is actually a trans boundary river. Originating at Gaumukh from the Gangotri Glacier of the western Himalayas in Uttarakhand in India, the river flows south and east through the Gangetic Plain of India and Bangladesh, before emptying into the Bay of Bengal. Known as Bhagirathi at the source of its origin, the river eventually acquires her more common name from Devprayag where she meets the river Alakananda. The main branch of the river is known as Padma in Bangladesh.

A 2,601 km long river, the Ganges has been the site of a number of historically important civilisations emerging along its banks. Home to a wide variety of wildlife, including some critically endangered species, the Ganga’s steep religious and spiritual lineage has rendered its waters to be considered pure and purifying by the Hindus. A recurring phenomenon in popular culture, the Ganges is one among the most important rivers of India.

The longest tributary river in India is the Yamuna river which courses along a number of states throughout its 1376 kms of length. Worshipped as the Goddess Yamuna, the river is religiously revered even as it continues to support some 57 million people. The Yamuna originates from the Yamunotri Glacier in Uttarakhand before traversing through Delhi, Himachal Pradesh, Haryana and Uttar Pradesh. The site of the historic Kumbh Mela where it merges with the Ganges in Allahabad, the Yamuna river no wonder finds recurring mention in ancient Hindu scriptures.

From the majestic Western Ghats of India emerges the river Godavari, flowing throught the states of Maharashtra, Telangana and Andhra Pradesh. Again a river sacred to the Hindus, the Godavari is also nourishing of a rich cultural heritage. A revered presence in Hindu scriptures across millennia, a number of places of pilgrimage rest along its banks. At 1465 kms, this is the second longest river in India after the Ganges and the longest in south India.

Winding its course along the pretty landscapes of Assam and Arunachal Pradesh in India is the river Brahmaputra. Originating in the Mansarovar Lake of Tibet as the Yarlung Tsangpo River before venturing into Indian territory where it is known as the Brahmaputra, this is another of the main rivers in India. At more than 3080 km of length, this is one of the longest rivers in the world. Again a sacred presence in India especially in its lower reaches, the Brahmaputra is named after the Hindu lord of creation Brahma.

Apart from being an important source of livelihood in its many avenues along its banks as well as in its waters, the Brahmaputra flowing through the northeastern part of India has also led to the evolution of a distinctive biodiversity and ecological composition of the region. The river is also unique in being among the rare waterbody flowing through India to have been bestowed with a male name Brahmaputra, meaning son of Brahma.

Originating once again in Tibet in the in the vicinity of Lake Manasarovar, the Indus river is one of the longest in Asia. In India the river courses through the rugged, pristine lands of Ladakh and is perhaps the source from where the county got its name. As the river that birthed the Indus Valley Civilisation, the Indus is historically as well as culturally significant. With major cities like Harappa and Mohenjodaro flourishing along its banks, this river has been an important site of human habitation in the ancient world. Even today, in flowing through China, India and Pakistan, the river continues to be the lifeline of a considerable proportion of human settlement in each country.

One of the three main rivers in peninsular India, the Narmada rises from Amarkantak Plateau in Madhya Pradesh and is known as the Lifeline of Madhya Pradesh and Gujarat. The river forms the traditional boundary between north India and south India. One of the seven holy rivers in India as per Hindu belief, the Narmada also finds mention in the ancient scriptures of the oldest religion of the world. Ecologically significant, the river and its surrounding regions have been home to a diverse variety of flora and fauna. Also an anthropologically and archaeologically significant phenomenon, the Narmada river is one major watery presence in the country.

The Krishna river is another of the longest rivers in India. The river runs some 1,288 kilometres across the states of Maharashtra, Telangana, Karnataka and Andhra Pradesh after originating from the Western Ghats. Religiously revered, ecologically rich and endowed with a rich reserve of mineral deposits, the Krishna river is among the more important main rivers of India.

A seasonal river, that which is one one of the main rivers of India is the Mahanadi. Rising in the hills of southeastern Chattisgarh, the river flows also through the state of Odisha where it house the longest of all dams in the world, the Hirakud dam. As the river that deposits more silt than any other in the Indian subcontinent, the Mahanadi has led to the formation of a highly fertile Mahanadi Valley.

Flowing through the states of Karnataka and Tamil Nadu, the Kaveri is another major river in India. Another holy river that which is worshipped as the Goddess Kaveramma byt the people of south India, the Kaveri has been profusely described in the Tamil Sangam literature and is held in great reverence in Hinduism. The river rises from the Western Ghats in Karnataka and follows a 805 km long course before emptying into the Bay of Bengal. As the source for an extensive irrigation system, the Kaveri is also one among the main rivers of India.

One of the seven rivers glorified in Hinduism, the Jhelum river flows through northern India and passes through Kashmir before making inroads into eastern Pakistan. Rising from a spring at the foot of the Pir Panjal in the southeastern part of the Kashmir Valley, the river has also been considered holy by the ancient Greeks. In its ancient name Vistata, the river finds mention numerous times in the Rigveda and has been a prominent presence in India since historical times. With the breathtakingly beautiful natural lake, the Dal lake serving as a flood lung of the river, the Jhelum has emerged to be also an ecologically and economically important of water bodies in modern India.

Chambal is a tributary of the Yamuna river and originates in the state of Madhya Pradesh before flowing through Rajasthan and Uttar Pradesh. In its numerous mentions in ancient scriptures, the Chambal is a legendary river. It also is one among the few main rivers in India that are relatively free of pollution. With some major dams built over its cascading waters, the Chambal river is also a potent source of hydroelectricity generation in the country.

The Sutlej river is a tributary of the Indus and is the longest of the five rivers that have lent the state of Punjab its name. The 1500 km long Sutlej river originates in Tibet, from where it marches forward through India across Himachal Pradesh, Punjab and Jammu and Kashmir before crossing over to Pakistan. Nauru- An Unexplored Place Of Paradise 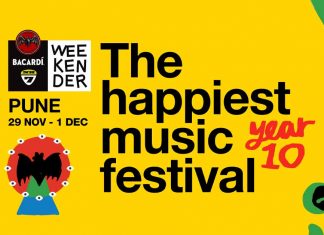