The panacea of all ills, the recipe for happiness, the ultimate indeed abode we are led to in the pursuit for some peace and calm, music isn’t just therapy for the soul- it perhaps is the very basis of human life. In music we ruminate happiness, in music we yearn in nostalgia. Music penetrates the inner reaches of our being and transports us to a parallel world where the woes of the worldly kind transcend their meaning to dawn upon us a realisation more profound, yet transient. Music indeed rears in its every melody a magic that makes us lose ourselves in time and in the process discover our own a bit more intensely. Universal in its appeal yet catering to exclusively individual preferences of what one seeks out from its symphonies that coax and quieten the soul is this assertion of music that flows in a rhythm guaranteed to put even the most disturbed minds at peace. Diverging into a multitude of genres and flowing sometimes in tones of mellifluence and at other occasions streaming instead in joyful relay of emotions, at times divine and at other times the most detached from spirituality, once rising in its high notes of exquisite passion, then sunking into the depths of a release that acts as catharsis in itself, purging the mind of sorrows by invoking the most assertive recounts of them, there is no end to the many myriad ways in which music works its way out to register itself in the hearts of all. Even in its differing appeal in striking the right chords differently for everyone, music emerges instead as a binding force that holds one and all in harmony with life, much like its sustains its own essence as well by bearing as harmonious a synchronised flow of its tune.

Music indeed is therapy then and there is no denying it. As a means of the acoustic that bears the power to calm down not just the soul and the spirit but also the body in all physicality, music is perhaps the most versatile of the arts emanating from the depth of the trenches that the human being guards in all its multifarious perception of feelings. And that’s again perhaps because it is a certain science guiding the pursuit of this art that makes music the wonder remedy universal in its surreal impact upon the human existence. Versatile also is music in the other appropriately remarkable ways in which it lends itself to another range of the human pursuit. Whether it be providing a boost of energy to your exercise regimen or helping you to just keep yourself occupied without boring yourself out, the workings of music can be as ‘general’ as they are profound. And yet it is the stress bursting effect of music, the assertion of its calm essence that which makes this medley of sounds and words and reverberations the relaxing entity that it is.

And while music does itself sound somewhat profound, it is the colloquial reference of it in songs and numbers and chartbusters and the like that is what endows it with a more commonplace identity capable still of weaving extraordinary tales out of nowhere. Because music is innately calming, even in the ‘vibing’ nature it allows itself access to, this form of the arts, like almost all others of course is attributed the ultimate virtue of relaxation that is what all of us seek out more than often to balance out life’s hammering of our fragile souls. With a quest so tremendous therefore, so much so that our entire lives crucially hinge on discovering that play of the chords that perfectly resonates with our hankerings in and of just being and living to as much wholesomeness as possible, to keep the stress at bay at least for some while, it is to the immense credibilities indeed of music that rescues us from dwelling in the doldrums of drab reality that life mostly is even in all its preciousness. And that being a significant enough matter for rumination that has kept humans hooked to the all important play of music across all its unity in diversities, it perhaps would be a task cut out for all listless life on earth if instead there was one single piece of music equivocal in its calming impact upon one and all. Because even something as simple as shuffling the playlist when we are really down and depressed in the hope that the next song turns out to be relaxing enough for our jittery nerves is too much of an effort to make many a times through our trysts with the trudges that life leads us on.

To the rescue in times as suffocating as these when even plugging in for relaxation can feel like exerting enough a chore streams a specific song scientifically proven to be the most relaxing of its kind ever in the world. Even more credible is a particular assertion of this particular musical piece that makes it indeed the perfect enough symphony to fuse into your inner essence and instantly calm you down. Created in collaboration with sound therapists for inducing indeed that very desired state of peace and relaxation is this melody stemming from the musical sensibilities of the British ambient band Marconi Union. With scientific theory at the very basis of this ambient offering dished out by the band in 2011 in collaboration with the British Academy of Sound Therapy, the song named Weightless incorporates indeed the essence of its name in meaning as well. The intended effects of this joint venture in affording musical relaxation in the most extensive manner possible had been clear cut- lowering blood pressure, stress levels and heart rate of anyone who lends an ear to this piece of musical beauty. And to replicate in reality the impact it sought to bring upon with Weightless, Marconi Union let their venture span such realms of the production process that sustains and in fact emphasises those basic principles of music most potent in their ability in letting that ideal state of calm relaxedness awash one over.

What the collab with an entity involved with eking out potentials resident in the intricate alleys of music helped Weightless shape us as was determined by a particular research, the results of which pointed indeed to the mind boggling efficacy of the song to its intended effect. With a whopping 65% reduction in anxiety and a significant 35% corresponding lowering of the usual psychological resting rates. Producing therefore a greater state of relaxation than any other musical piece ever tested in the magnitudes of what it could possibly attain- precisely 11% more relaxing than even the likes of melodies stemming from none other than the phenomenal genius of Mozart, was this production that made such entailing out of it possible by playing out through multiple elements of a peaceful musical landscape. Rhythms and melodies of course have been as pervasive as they need to be to account for musical renditions even as the accompanying instrumental reverberations tended to be simulations of natural sounds. In fact, every single element that makes up this outstanding piece of music capable of so much influence upon the human mind is as effective in their individuality as they are in unison, explaining the unprecedented status of it in being the melody that just about blissfully eases everything out.

In its sustaining rhythm that begins with 60 beats per minute and gradually tones down further to 50, Weightless induces a natural accompanying slowdown in the heartbeat of the listener, in sync with the track’s beat occurrence per minute. This gradual, gentle slowing of its pace is what makes the song so effective in calming down the body at first and eventually the mind, easing the activities of the heart, respiration, blood pressure and brainwaves into a deeply relaxed state of existence. Not only the pace though, it also is the length of time across which the song plays out that is crucial enough in its realisation to being the world’s most relaxing song ever. In relying upon the process of entrainment to take over, Weightless needed to be at least a five minutes long melody and it religiously caters to this requirement, spanning out even further by more than a couple of minutes.

Helping also the pursuit was the lack of a repetition in the melody that made up the song that is what makes it possible for the brain to relax completely because of the futility in attempting to predict a pattern of what is to follow. The deliberate working in of gaps between the notes allowed to dawn calming feels of comfort upon the listener, transporting them to euphoric world that provides the utmost scope for ultimate relaxation. In fact so potent is this feeling of euphoria that tends to take over the listener through the length of Weightless playing out that it can even possibly induce in the mind a blissful, unreal enough trance like state of existence. This makes this extraordinary indeed melody therefore ‘dangerous’ enough in its essence as coming off as drowsy, tending to make the listener drift off to sound enough a state of sleep that is what makes it relaxing in the first place, so much so that driving while listening to this number is strictly advised against by the experts.

No wonder, Weightless comfortably outdid not just other ‘competitors’ on the musical horizon but even other activities perceived to be universally relaxing such as massages, walking or unwinding with a cup of tea with its exemplary indeed tuning to perfection of what music yields the power of being. As being a form of expression in art that allows for the most nuanced of emotions to find release even in their every complexities, music is indeed a marvellous medium for life to seek succour in and Weightless imbibes every such virtue that has made music the timeless expanse of decipherable peace and ease. In all its musical technicalities and its humming pleasantness, this most relaxing song in the world ever sure is destined to take all worldly weight off your weary soul. 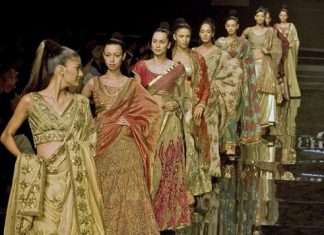 Fashion capital of India: One title, many contenders to the top...