For everyone who is a lover of words, nothing lends delight greater than a chance encounter with an immensely poetic and lissome muttering. All such word lovers out there, read on therefore to discover some of the most beautiful words that will totally have you out and over in love!

The thin film of ice that lacquers all leaves, twigs and grass blades when a freeze follows a partial thaw, and that in sunlight can cause a whole landscape to glitter.

The pretended refusal of something one keenly desires.

Resembling or relating to twilight.

A space on either side of a large fireplace.

The pleasant smell that frequently accompanies the first rain after a long period of warm, dry weather.

A sensation of a ring or spot of light produced by pressure on the eyeball or direct stimulation of the visual system other than by light.

A conjunction or opposition, especially of the moon with the sun.

Stenography or shorthand, especially that of ancient or medieval scribes.

The strange wistfulness of used bookstores.

The final part of a play, film, or narrative in which the strands of the plot are drawn together and matters are explained or resolved.

The profound feeling of realizing that everyone, including strangers passed in the street, has a life as complex as one’s own, which they are constantly living despite one’s personal lack of awareness of it.

The area near or surrounding a place.

The belief that the world can be made better by human effort.

An occupation or activity that one is good at.

A row of evenly spaced columns supporting a roof, an entablature, or arches.

A covered walking path with a colonnade on one side, running along the side of a building or buildings facing a quadrangle.

The fact of using too many words and therefore being boring or difficult to read or listen to.

Pompous or pretentious speech or writing.

Having or emitting fragrance, or else suggestive of or reminiscent of something

A word which imitates the natural sounds of a thing.

The more distant part of the sea in view.

The state of being close to someone or something.

Relating to or situated on the banks of a river.

A tiny trace or spark of a specified quality or feeling.

A ringing or tinkling sound.

A series of words said as a magic spell or charm.

An extensive or impressive collection.

An artistic work in a style that imitates that of another work, artist, or period.

Of or relating to the day before yesterday

A person of few words.

An individual who lives in the clouds of her own imagination or dreams.

Ideal perfect beauty in the physical and moral sense.

A sudden outburst of emotion.

The sound of wind in the trees and rustling of leaves.

The love of beauty. 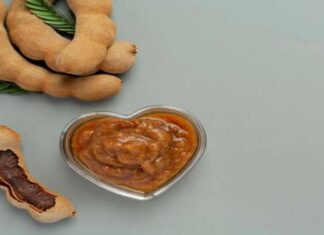 Imparting a sweet taste of India through a sour tale of...