It sure might be the start of a new year, the inception of even a whole new decade, when things are expected to be rosy and you are confident of holding on to your resolutions for as long a time as possible. But as the days pass by gradually and the year turns old already and we still are trying to trudge through what is only the very first month, there is indeed palpable a certain mist in the air. And no it isn’t just the cold that is not giving us the feels, it’s also the entire January aura that has us drowning in veritable spells of doom and depression.

The most depressing month of the year didn’t have to be the epithet that characterises the very first days of the year. Yet it indeed is January that adheres so firmly to this dubious distinction that we are left wondering if that’s all there ever will be to supposed happy and new beginnings.

For some time therefore, even as we shake our head in disbelief at our dear January being forebearer of such gloom and disappointment, we indeed seek to plunge into the dreariness that January purportedly encompasses. Whether it is the winter blues taking over or the post holiday depression making its inroads, it is not very tough to understand why the most depressing day of the year happens to be a day in January. This perhaps is the classic case of things getting so overwhelming that when they subside all they leave behind is a longing that refuses to go away or worse still, perhaps manifesting as something that is gone for good.

Unarguably, the last days of December perhaps are the most festive of the year. While Christmas yuletide and New Year celebrations bring in a world of merriment while drowning us all in the festive spirit, it also is the anticipation of newer and hopefully better things that have us all up and about. And that craze and zest perhaps is the very reason that brings January its unwanted status. Because in heralding the new, January puts an end to all anticipation. January is like the proverbial final nail in the coffin. Even when it sounds paradoxical, what we are equivalently celebrating is also the ‘death of the old’ as the coming of the new. Metaphorically therefore we are lauding something that needs to be rued, leaving us all in such a complex maze of bittersweet realisations that would fail us long before we fail them.

With psychological bearings as grave as these, January being considered a depressing months seems to make sense. Practical enthusiasts also point to how incurring thicker bills as part of the festive splurge has us feeling down and out when January comes. Or even how it is a withdrawal from all those feasts and indulgences to make our healthy New Year resolutions work that act negatively to our pursuit. Blue Monday therefore irrevocably follows in January, as two weeks of new beginnings are enough to choke us all into realising how things ain’t gonna change and it’s the same old doom of mundanity that would befall us once again.

All this very serious sounding insight into how January, or for that any month, can be collectively regarded to be the most depressing period of the year might sound whimsical enough to be dismissed as a farce. However in perspective, this hollow sounding claim and factuality indeed might hold greater truth than what we might like to believe. Because withdrawal symptoms are so real- whether that be giving up on some addiction or the forsaking of desires and happier times, this notion of depression and dreariness associated with January perhaps isn’t without any reason whatsoever.

But there’s also a brighter side to this depressing realm that January ushers us all into. Even when all this hullabaloo about January is a phenomena with only very recent linkings, the impact it can have on the general pysche is no matter trivial. Just for the record though, just as the winters in January bring hopelessness and despair, so too the summers of June are perceived to be the happiest days of the year. But forever hopeful humans that we are, not only do we derive more happiness in the cheery suuny existence of June, we also take the glum of January well in our stride to sustain as a race for whom the world runs more on hope and expectation, more than it does in the unfolding reality.

While depression now is perhaps more real and concerning a state of mind as it has ever been, there are positives that the world can create out of January being the most depressing month of the year. Because it is a season of new beginnings, and new needs to hold hope at least for the sake of being, we can choose to offset all of the January blues by holding wholeheartedly to our resolutions. Be it continuing with our healthy regime or an active lifestyle, living it up with some kindness every single day or concentrating on our deliberate effort to smile and stay happy, we need to encompass all of what we say into action when we wish each other a Happy New Year. Just like sad music can make you feel better, so too the doleful domains of depression might in fact work towards having us all unite to make January not such a gloomy month. After all it’s all about doing things to have the world believe in them happening. So because you wished someone a Happy New Year this January 1st and got wished back, you may as well get set on doing this January and this year indeed a happy experience. Too many New Year resolutions or none at all? Add just this one (more) to your list!

Happy most depressing month of the year people! 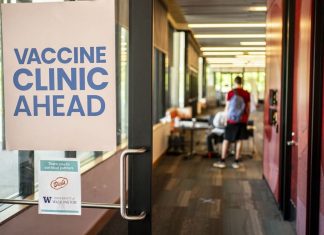 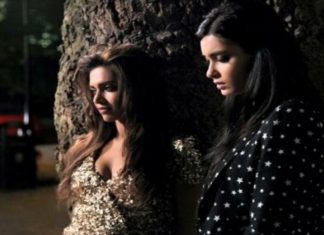 Types of friends to avoid and not give a damn about...