INNFINITY
Home Limitless The year that was, in what we mispronounced it as It perhaps is an accruing to the sentiment that the quaintsome evocation of the nostalgia feels generates along the fore of the human psyche that looking back at happenings of the past and recollecting memories spans out as such an indulged in activity of our species in all timeless universality. And while ruminating times considerably far fetched in that they do not qualify as being recent occurrences is supposedly more evoking of the wistful yearnings in its peculiarly definite characteristic of working, it also is one particular tendency- or rather one that can well be considered a trend, of harbouring an affinity for rather recent encounters that has us looking back on even such events that are not memory yet. Irrespective of how ordinary they might be and despite the assurance of their recurrence in all certainty, even when unceremoniously, this nostalgic enough rattling up of the memory is what characterise the last days of the last month of each passing year, perhaps as an ode to time itself that however defies any such convention of man made delineation it is bounded by. And yet, this is an exercise pursued in devotion every time the old year is set to bow out to the promising glitter of a new one that awaits its moment of dawning upon the horizon, of course in much fanfare and anticipation.

All these sounds very ’emotional’ indeed, in that it pertains to the mental range of things and events but this whole dive into rumination can also be as ‘real’ as well. In encompassing also such aspects of life that emerge from going about living in all practicalness, the whole year end affair in rumination is a more inclusive realisation. And one really assertive way that the practical considerations of the world have come to eke out its own space within this arena of thought essentially feelable in its stemming is through the mere utter of words and speeches, both surprisingly and unsurprisingly. Unsurprising because it only is obvious that the mode through which we conduct every action of our lives in total convenience and confidence should rake up fair enough grounds across the consciousness of our existence. But surprising it is that the huge glossary of terms and words and expressions through which we assert the living of our lives as per the expanse of our own vocabulary, without much thought though should come to govern in much significance our entire existences, at least in the most recent year about to pass in our lives. In all balance nevertheless of the expected and the surprising, our individual world of words do chart out a larger collective relatability of sorts across our foremost identity as being members of the same species inhabiting the earth in its different regions and locales in all alikeness, at least to some extent. It perhaps is realisations like these that help the one and all of us remain united in our ample diversity afforded by such yearend windings of popular jargon that has us returning every 365 days or so to this mindlessly mindful exercise in seeking out our binding force in commonness.

Adhering to this desire to verbally look back upon the year soon to become a memory, or emerging in fact from the charting out of this definite trend of curating a wordy list in all universalness, are numerous such emergences that single out a certain standout word of the year for instance. Whole compilations of the year gone-by’s many a breakthrough spells that sums up perhaps the entire world mood are also as certain draws dedicated to preserve in memory the definite dimensions in which the dozen months in passing spanned out across. Why just utterances though that amply reflect the causes concerning the world across that particular span of time, but also utterances in error, mispronunciations that are, also command equal purview in exploration in all defiance of odds, despite their very glaring residence in non- righteousness.

Why this dwelling on the whatsays of the year across the length of our webpage at this fag end of the year indeed is no rocket science calling for elucidation. In continuation of the spirit of celebrating the yearend with a befitting farewell rounded up in all quirks of its own exclusivity of course is this particular scribbling carried out in the digital mode of course, that leaves little scope for error. And yet, despite this march of the world to such extents of technical accuracy that strive so much to shed our flawed essence, we end up languishing in this doomed but amusing perhaps still domain of erroneous existence. And the 2021 facade of such dubiousness that we find ourselves treading is a compilation of all things as diverse as can be. With proper nouns identifying as persons and brands as well as foods and of course the coronavirus dominance continuing to assert its global range of terror all finding expression within the Babble compilation, the 2021 mood has indeed been most impeccably summed up by this intriguing charting out of trends.

Multiple Grammy winning songstress Billie Eilish might have achieved the coveted award once again in 2021 following up her even more impressive record of an otherwise depressive 2020 but that did not save her surname from being among the most mispronounced of identities. Equally popular an entry, in fact an entire phenomenon that dominated throughout the majority of 2020, the extensive use of which was an excessively viral social media trend finding fame also in error of speaking has been the candied Dalgona identity. Another food link stands out within the case considered of mistaken identity, that of the Mexican fast food chain Chipotle.

Facing as frequent fallacious references was the fashion brand Shein as was the cargo ship Ever Given, infamous for its blocking of the Suez Canal some time earlier in the year characterised by the global ravage of the pandemic for a successive year. Aptly therefore, the newer rage unleashed of the Omicron strain of COVID 19 also charted out its own territory of fame, albeit in a misspeaking prejudice pertaining to it. Cryptocurrencies Dogecoin and Ethereum as well as the assertion of being uncool imbibed in the slang lingo cheugy were the other utterances most commonly mispronounced by earthlings all over in 2021. Not spared this ‘filter’ of the skewed in speech has been also the popular beauty filter trend Yassify even as world no 4 tennis player Stefanos Tsitsipas, Philadelphia Eagles center Jason Kelce and Italy’s captain for the 2021 European Football Championship Giorgio Chiellini were the sportspersons finding themselves in this faltering across linguistic lines. Popular Japanese motor-paced cycle racing sport Keirin, which was played at the most recent occurrence of the Olympics games in Tokyo, is another sport related random but notable mispronunciations the many of them across the US and the UK took to uttering in an awareness of their own.

Host city of the COP26 climate conference Glasgow though makes for a rather interesting entry, mispronounced as it was by men as politically competent as Joe Biden and Barack Obama himself. This makes for some potentially ‘revealing’ bit of information given that the compilation largely focusses on words that newscasters and people on TV struggled with the most this past year. With however personalities as esteemed as the Presidents themselves managing to fumble with the phonetics at play, it sure is certain that the odds of mispronouncing even rather common words are fairly just in eliciting their not very accurate deliverances, even when rounded off with the ultimate flourish. That itself makes for a case of wide universal relatability, one that is as global as the exit of the old year and the ushering in of the new sharp at 12 o’ clock of 31st December by countries all over even when the calendars and clocks governing their way of life in tradition and customs might not be as aligned. The world sure allows room for discrepancies to creep in within the speaking range but in collectively celebrating the new and rejoicing in the possibility of a future promising nothing but happy new vibes, the utterance in unison of a resounding Happy New Year leaves indeed no scope at all for mispronunciation in even the most minor of its magnitude. 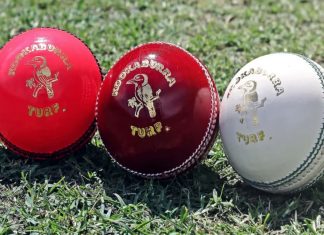 Top 12 fastest bowlers in the world to ever exist in...