A country whose cultural celebrations emerge from beliefs that form the core of a wide many religions, India truly is a land more secular than the world can imagine. Religious festivals here very often transcend into being uplifting celebrations of myriad cultures, encompassing such rituals and traditions that are a joy to discover on their own. As a land that remains steeped in the frenzy of a wide range of celebrations, India boasts a number of religious festivals that stand true to its pride of being a land embracing the unity in diversity. Here’s outlining some such elaborately celebrated festivals that characterise the secularly religious verve of India-

Perhaps among the biggest of religious festivals that grips the entire soul of India with its fervor and frenzy is Durga Puja. A cultural phenomenon as well, Durga Puja celebrations spans out as a grand affair throughout the country. Particularly in the City of Joy Kolkata, Durga Puja is a rendezvous you won’t witness any place else ever. And what perhaps makes this spirit of gaiety and excitement such a mass observance for people irrespective of race and caste, class and creed throughout the length and breadth of the country is its encompassing cultural manifestation.

More than being a festival that ushers in Goddess Durga on earth to invoke her blessings, Durga Puja stems rather as an emotion that does not require one to adhere to any particular faith to lose their all in the anticipation. With festivities and fanfare as integral to the worshipping of the Devi as the rituals, it’s no wonder that Durga Puja has evolved to be the biggest of religious festivals in India. With festivities that span from the excitement of pandal hopping to the drooling wait for digging into special Puja food to stepping out in your stylish best for paying obeisance to the Goddess, Durga Puja is a marked annual feature in India and one that far outlaws any specific adherence to religions.

A very, very prominent festival that forever has everyone in India so upbeat about all the feasting that comes with its associated religious essence is the holy observance of Eid. Among the major religious festivals of India, the observance of Eid by the Muslim community holds much significance. Equally cherishing the festive spirit that the very mention of Eid conjures up an image of is also the other majority of the Indian population who might not be adherers of Islam but still very much identify with the spirit of brotherhood and harmony that this very inviting festival commemorates in its diversive range.

And what perhaps seeks to hold Eid in such anticipated reverence among Muslims and non Muslims alike is that like all other festivals, Eid also is all about celebrations and compassion, with an array of special munching delights out there to hype up the merriment just a bit more! Eid treats are specifically extravagant affairs in this land of diversities that has never shied away from embracing the richness and heritage of a wide variety of cultures and religions. Needless to say then as a spirited festival, Eid embraces all in India with a nice warm Eid Mubarak hug!

One of the major festivals most sacred in Sikhism, Guru Nanak Gurpurab is a significant observance in India. Celebrating the birth of Guru Nanak who was the founder of Sikhism, colorful celebrations mark the occasion particularly in Sikh dominated states of Punjab, Haryana and Chandigarh in the country. Processions and prayers graced with hymns and kirtans dominate the deeply religious proceedings that mark this among the more important festivals of India. The community lunch langar is another very significant part of the celebrations, that which once again encompasses the spirit of service to humankind.

In its cultural essence, Diwali is every bit the sparkling annual rendezvous that being the Festival of Lights instantly sets it up for. One of the most popular festivals of Hinduism, the charm of Diwali however is such that holds everyone enthralled with its happy spirit. Observed to celebrate the return of Lord Rama to Ayodhya, Diwali stems as one of the important religious festivals of India.

As earthen diyas are lit and pujas are held to celebrate this homecoming of the Lord, the religious significance of the festival is not lost on anyone. However, in its shimmer of lights and glimmer of hope, Diwali establishes itself as yet another celebration that spreads just warmth and happiness with the accompanying festivities. The mesmerising twinkle of a million colorful lights, the happy burst of a host of crackers, the gorging revelry on a panoply of traditional food, the aesthetic savours of thousands of pretty rangolis, Diwali sums up the spirit of pretty much every Indian festival- sincerely religious, curiously cultural and most importantly, heart warmingly secular.

The most popular festival of the Christians worldwide, Christmas also is as significant of the many religious festivals in India. An annual observance during the most magical times of the year, Christmas celebrates the glory of Jesus Christ and commands immense religious significance. Even in its cultural notation, Christmas remains rooted in the same old ideals of compassion, brotherhood and humanity so innate to every religious observance. The mystic air, the chiming charms, the jingling bells, the glittering lights, the baking fables, the yuletide ruling all over, indeed Christmas conjures up all images and thoughts of the fancy. Merry making so characterise X mas celebrations everywhere in the country that it’s difficult to miss out on the revelry of it. Decked up churches, glittering stars, rosy presents and an extravagant spread- how can Christmas not be among the absolute best festivals ever?

More of a cultural celebration even when being essentially among the religious festivals of Hindus, Onam is the harvest festival of Kerala in south India. Celebrated all across the state by people of all communities, Onam shapes up as a colorful phenomenon with festivities marked by food, dance and of course food. Classical Indian dance forms like Kathakali as well as folk art forms take centerstage during this festival marked by merry making in celebration of a good harvest. Even ritual worship of the Gods are evoked by means of a dance performance Theyyam even as the Onam Sadya (feast) dominates the gourmet part of the religious proceedings. The traditional New Year day for the Malayalis, Onam marks its importance as both a culturally and religiously relevant festival.

A Hindu religious festival that marks the auspicious beginning of all other religious observances is Ganesh Chaturthi. Celebrating the elephant God Ganesha as the usherer of new beginnings, Ganesh Chaturthi sees massive celebrations throughout India. Marked by a festive fervor and gaiety that derives also from the official beginning of the festive season, Ganesh Chaturthi celebrations are as much encompassing of the cultural fervor of festivals as harbouring it is of the religious spirit. With elaborate preparations in tow, Ganesh Chaturthi unfolds as a festival that finds celebration in homes as well as in pandals. Traditional sweets such as karanjis and modaks are presented as offering to Ganesha even as rituals and celebraions take centerstage in this popular pan Indian festival.

The most sacred festival of Buddhism, the oldest religion in the world, is celebrated as Buddha Purnima. Encompassing prime observance in India, Buddha Purnima has emerged also to be the largest of festivals as far as religious significance is concerned. Commemorating the birth of Lord Buddha, the festival sees widespread observance across India on the full moon day of the Vaisakha month of the Buddhist calendar. In fact a festival celebrated worldwide by the many people of Buddhist faith, it acquires special prominence in India in the land of Bodh Gaya where the Buddha is said to have attained enlightenment. Kheer is the prime offering on this religious occasion that celebrates the birth of the founder of the world religion of Buddhism. Notably, in being a world religion, Buddhism and hence such Buddhist festivals crossover from being merely religious to the ambit of also cultural observances.

Another of the religious festivals that pertains to Hinduism in India, janmashtami celebrates the birth of Lord Krishna. Elaborate celebrations encompassing fasting, singing, praying, preparing and sharing special food, night vigils and visiting Krishna or Vishnu temples dominate the celebratory proceeding that comes also steeped in traditions. Rituals like Dahi Handi or Makhan Handi commemorate the mischievous antics of a child Krishna even as drama enactments like Raas Lila form as prominent part of the festive celebrations.

The much celebrated festival of colors, Holi is among the major religious festivals of India. Also celebrated worldwide as different variants of Holi, the festival is as much an observance of brotherhood and gaiety as it is of religious opulence. Like most other Hindu festivals, Holi marks the victory of good over evil and is replete with associated legends and legacies. With a slew of traditions marking the celebrations that seek to dress the world in splashes of color, Holi emerges as one of the most fun of religious festivals that India witnesses. Culturally significant as well in heralding the dawn of spring, multi hued gulaals mark the observance of this festival that stands testimony also to the vibrant soul that India so proudly nurtures. Food of course form a special part of Holi celebrations, as it does in all other festivities marking this part of the world.

India has long have had the tradition of invoking the blessings of nature by means of religious festivals. And Ganga Puja is one such occasion where people worship the river Ganga, considered very sacred in Hinduism. One of the major rivers of India, the Ganga is revered as Ganga Maiyya and is worshipped differently in different regions. The Ganga Puja is a prime observance by people in the north eastern state of Tripura. Rituals and traditional dance forms part of the festival of worship that is a spring time occurrence every year in the tranquil state. 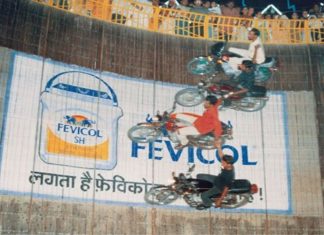 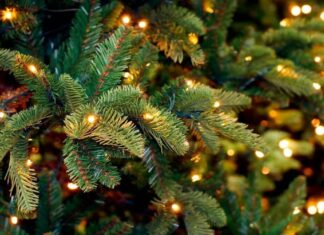 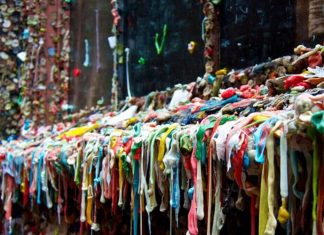 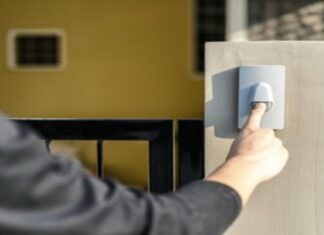