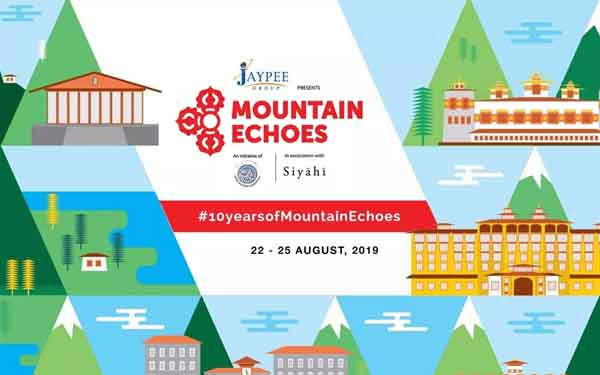 With Bhutan already beckoning enthusiastic travelers and literature and cultural aficionados alike with the 10th edition of the most celebrated Mountain Echoes Literary Festival, the stage is all set for a glittering array of artistes and dignitaries.

Team Innfinity got in touch with Siyahi, the official presenter of the Mountain Echoes Literary Festival to bring you a round up of all the eminent presences that would be furthering the appeal of the happiest country on earth.

The Indian Ambassador to Bhutan Her Excellency Ruchira Kamboj will be one of the most prominent presences in this year’s edition of the Mountain Echoes Literary Festival. Goodwill and fervour will undoubtedly prevail even in this festival that celebrates everything very literary!

Reknowned Indian film maker Abhishek Chaubey will also be up for interactions with the teeming crowd at the 10th Mountain Echoes Festival whwn it commences on 23rd of August this year.

Eminent British historian will be seen rewinding the pages of literary yore to trace the journey of Shakespeare from the England of 16th and 17th centuries to the Bhutan of the 21st century.

Former Prime Minister of Bhutan Dasho Tshering Tobgay will be joining MacGregor in drawing out similarities between the times of Shakespeare and the times of today.

A Forbes 30 under 30 nominee, the 2019 Mountain Echoes Festival will have the multifaceted Sonam Pelden talk about the future of technology in the mountainous country as one of Bhutan’s leading tech entrepreneurs. Seeking to overrule the disadvantages of a small mountainous hamlet when it comes to exercising the force of technology, Pelden will very much be a noted presence on stage.

Bhutan’s first solo travel blogger and vlogger Tshering Denkar will be all vocal with her experiences in exploring exclusively offbeat locales and relishing the ultimate luxurious life.

Denkar however will not be going solo this time around. She will be having for company Shivya Nath, author of the bestselling travel memoir The Shooting Star and one of India’s leading travel bloggers. Obviously, solo travels will be shaping up the discussion along with life on the go and how technology has changed the whole notion of travel.

Nath will also be teaming up with writer and curator Jono Lineen to talk about how effective a tool photography can be to tell stories and communicate with people.

Food writer and an avid traveler, Marryam H Reshii is also the food critic for the Times of India. In Bhutan,the die hard aficionado for all foods Indian will be talking about how gastronomic literature has been coursing in different forms through the times.

Taking technological discussions to yet another level on the literary festival will be the rock star of Australia’s digital revolution Toby Walsh. From explaining the advances made in the sphere of artificial intelligence over the years to exerting a caution on how educated regulation will be vital to it not getting misused, Walsh will be breaking down all apprehensions about the future of technology.

Anindita Ghose is an Indian writer who had been the features director of Vogue India. The editor- in- chief of Mint India, Ghose will be off to the hills once again for yet another distinguished appearance at the literary festival.

Award winning photographer and also a passionate filmmaker and poet, Aamir Wani will be gracing the stage in Bhutan this year where he will be reflecting on why his many musings have Kashmir in the heart of it. For someone who is hugely inspired by the legendary Agha Shahid Ali, known for his love of the Paradise on Earth, it is only apt that the unbound beauty of Kashmir is up for exploration through the most poetic of words in Bhutan, a land with as intoxicating an aura as words itself. Telling tales out of stories is what Wani will be bringing to Bhutan in August for Mountain Echoes.

Award winning photographer Xyra Cruz Bacani will be talking about her work that is as exemplary as the story of her life. From being a house help to a photographer who has featured in The New York Times, Bacani’s story is one motivated with awareness about labour, migration and human rights, as is also her many photographic portraits.

Bhutan’s first ever fashion blogger will be bringing along some international style to the literary festival with his huge repertoire of work that has been featured in big names like BBC and Vanity Fair UK.

Super Model Deki Wangmo will be partnering Wangchuk as they together talk about the fashion and beauty industry in their home country.

Wangchuk and Wangmo will be joined by the first Bhutanese fashion student Ugen Choden in their discussion on how fashion in the country has remodified its identity and recognised external appearance as not being the only trademark of beauty.

Acclaimed Indian magician will be bringing more magic to the stage of the 10th edition of the Mountain Echoes Literary Festival.

The festival in August will also have Rinzin, the singer of the famous B-pop song, Sharchokpa NgangThur going live to rev up the literary and cultural extravaganza.

An independent documentary film maker from Bhutan, Arun Bhattarai will be having his film The Guardian screened at the 2019 Mountain Echoes Literary Festival.

A prime attraction of the 2019 Mountain Echoes Literary Festival will be one of the most loved articulate artistes from India. The festival will be having a workshop organised by Neelesh Mishra will be sharing his secrets to make storytelling a delightfully enriching experience.

Award winning writer and editor Jason Quinn in his appearance on the Mountain Echoes stage will be talking about script writing for a graphic novel.

Kinley Wangchuk is the man behind the launch of Bhutan’s first private FM station. This award winning entrepreneur of sorts, who gave up the stability of a government job for his ventures, will for sure be a fan fave as the youth icon when he takes on the stage this August.

Award-winning writer, publisher, and festival director Namita Gokhale will be participating in a panel discussion on the Mountain Echoes stage, one among the festivals of which she is a director.

Another of the directors at Mountain Echoes is Pramod KG who will also be gracing the stage of the same.

Also up for discussion will be Kelly Dorji, the co-director of the Mountain Echoes festival.

A monk since 2002, Venerable Kabir Saxena will be another Indian presence at the Festival.

The CEO of one of India’s largest publishing houses HarperCollins India, Ananth Padmanabhan will be exploring the platform of the Mountain Echoes Literary Festival about the nuances and intricacies of writing and publishing in the four day festival this August.

With her massive wealth of histrionic abilities extraordinaire, Indian actress Richa Chadha will be another crowd puller when she sets out to Bhutan for the four day festival.

Another acclaimed litterateur who would be further sowing the seeds of words is multiple award-winning Indian author Arundhati Subramaniam.

Yet another award winner in the midst of the illustrated line up of speakers and artists is Chand Moxksh Bhattarai. The Bhutanese artist, illustrator and filmmaker is also the co-founder of animation studio Studio Awake-can. At Mountain Echoes, Bhattarai will be putting into words his experiences as a filmmaker of a genre that is somewhat different from the realm of conventional film making.

The chief editor of The Indian Express and a prolific journalist from India, Raj Kamal Jha will be bringing his huge repertoire of experience in media and reporting to a larger audience at the Mountain Echoes Literary Festival.

Prominent children’s author Chador Wangmo will also be another of the local features at the 10th edition of the festival.

A seasoned trekker, photographer and writer, Sujoy Das will be bringing to fore his experiences of trekking it through difficult terrains in this edition of Bhutan’s Literary Festival. Having featured in The Washington Post, Outlook Traveller and other distinguished publications, Das will be a truly global presence on the Mountain Echoes stage.

Monk and mediator instructor Khenpo Karchung will be imparting some wisdom on the art of spirituality amidst the plethora of wordy delights.

For someone who uses theater as the medium to bring about a transformation in Bhutan, Charmi Chheda’s presence on the stage of the Mountain Echoes Festival is significant. The performing arts director will be seen speaking on the significance of theater as a tool to create awareness among the folks of the country.

Sydney based author and journalist John Zubrzycki who has been fascinated with all things Indian will be tracing the conjural traditions of India when he takes the stage at Bhutan in August.

Horticulturist and social worker Chime Paden Wangdi will also be taking to the stage in the four day festival to reiterate her stance of welfare and empowerment of all.

Eminent personality Dasho Karma Tshiteem will be in conversation with other dignitaries on the contribution of the Wangchuck Dynasty in shaping up Bhutan.

The director general of the Tourism Council of Bhutan and a guardian of peace, Dorji Dhradhul is another Bhutanese dignitary decorating the panel of speakers at this year’s festival.

A registered member of the International Council for Traditional Music, Sonam Dorji has been the first person to compose and sing a Khengpa modern song. Dorji had also been a participant at the Mountain Echoes festival in its inception year and will be returning to the tenth edition this year.

Distinguished Indian author- editor and director of the Indian Institute of Advanced Study, Shimla, Paranjape will also be gracing the stage of the 2019 literary extravaganza.

Another India personality on stage the festival would be Manjula Narayan, the National Books Editor at Hindustan Times.

Eminent Indian litterateur Nishtha Gautam would also be up for talks and discussions at the stage of the Mountain Echoes festival.

Writer-diplomat and politician Pavan K Varma who has also been the recipient of Druk Thuksey, Bhutan’s highest civilian award will also be gracing the panel of speakers at the four day festival this August.

An author and a professor of religious studies in Canada’s Liberal Arts Department of Marianopolis College, Vanessa R Sasson will be taking to the literary stage in Bhutan this August when the 2019 Mountain Echoes Literary Festival is off to explore worded locales. 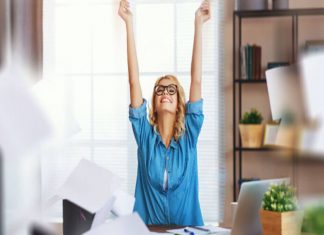 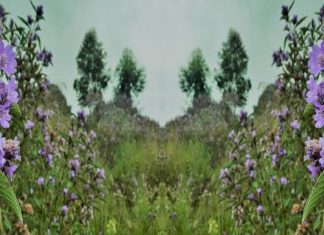 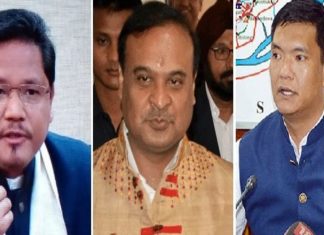