INNFINITY
Home Limitless Musical instruments of India that add all the charms to the desi... 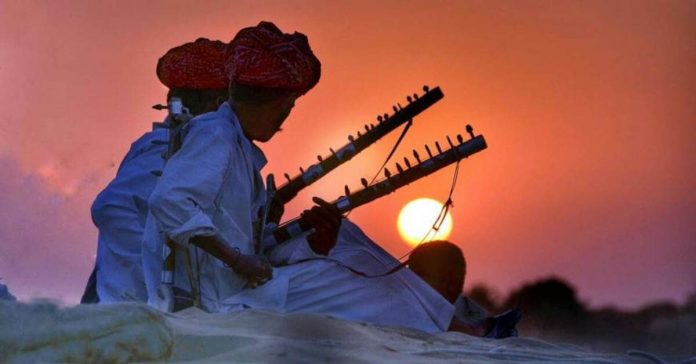 If music is life for us, musical instruments are the soul in that essence. Because music without melody is just mutterings and melody without tune is never rhapsody. Musical instruments are the accompaniments that can elevate any song with some captivating elements at play. No wonder why jingles stay with us even when the wordings have long faded into oblivion. An Indian musical experience, much like any other melodious encounter, is as much about the innate charm of its instruments as it is about the vocals.

Be it classical music or folk or even contemporary music, the Indian choral scene is further enriched by its wide many number of accompanying instruments. From popular names like the tabla and the sitar to lesser heard ones like the rabab, Indian music is incomplete without its array of instruments. Here are some such musical instruments without which Indian music wouldn’t likely be half the enigma it is at present-

One among the more versatile of Indian musical instruments is the sarod, that occupies a dominant position in both Hindustani (north Indian) and Carnatic (south Indian) classical music. A precursor to the sitar in the realm of classical music in North India, the veena however is a generic term for plucked string musical instruments. Thus it evolved from a single basis to many types including the bin or rudra veena, the vina or Saraswati veena and many others that are interpreted differently in different classical musical notations.

One of the most recognised of musical instruments from the Indian subcontinent, the sitar is a popular presence specially in the realm of Hindustani classical music. A stringed instrument, the sitar was invented in medieval India by Amir Khusro and flourished in the 16th and 17th centuries in the country before it set out to rule also the music scene of the world sometime in the 1950s and 60s.

A derivation, or rather a modification on another Indian musical instrument, the veena, the sitar was widely popularised by the great maestro Pandit Ravi Shankar. With considerable influence of his own, Ravi Shankar managed to make this classical Indian instrument a prominent presence in western rock music. Iconic bands like The Beatles, The Rolling Stones and many others incorporated this Indian musical influence in their renditions, marking global recognition for this uniquely melodious instrument.

Anther stringed instrument that is a significant element of classical music in India is the sarod. Interestingly, it is yet again the veena that is supposedly the precursor to the sarod, like it is to the sitar. The name sarod is apparently a derivation of the Sharadiya Veena while origin stories point out similarities between this deep sounding instrument with the rabab. In fact, many credit the ancestors of present day sarod maestro Ustad Amjad Ali Khan to have invented the instrument from the Afghan rubab. A very demanding instrument when it comes to playing it to melodious perfection, the sarod also is distinctive in the type of its design. There is the conventional sarod and there is the Maihar sarod that has evolved over the years since the sarod first came into existence around the 1820s.

The sarangi or saranga is a bowed string instrument that is adaptable to many types of vocal music. A commonly encountered beat in the realm of Hindustani classical music, the sarangi enthralls with its surprising resemblance of the human voice. Unsurprisingly therefore, almost every sarangi player adheres to the conventions of vocal performances in his or her rendition of musical pieces with the sarangi in consonance. You can well allow yourself the layman luxury in the understanding of the sarangi in its strong personification basis. The three chambered musical instrument consists of three hollow chambers, namely pet (stomach), chaati (chest) and magaj (brain). The sarangi probably might have found its way to India from Central Asia and was played extensively as a folk instrument before becoming a classical mainstay.

A lesser known of India’s musical instruments, the rabab or rubab forms however a really significant part of the repertoire of folk music in the country. A particularly delightful, soulful melody emanating from the highlands of Kashmir is the rabab pluckings. Believed to be the progenitor of other more common instruments like the sarod and the sarangi, the rubab or rabab is a stringed instrument of Central Afghanistanian origin. While the rabab has taken on different forms in different regions like the Kabuli rabab or the Seniya rabab, its characteristic mellifluence continues to hold listeners in a definitive state of glory.

While the flute encompasses a family of musical instruments with quite some variations, in the context of Indian music this ancient melodic device enjoys a special standing. In the Indian subcontinent, the flutes are musical instruments with deep roots also in tradition and mythology. The bansuri or bamboo flute is one of the standalone pieces of musical recitation in the country and has even been developed independently of the Western flute.

A prominent element in the musical scene in north India, the six holed bansuri also has a south Indian counterpart. The Venu or Pullanguzhal is a notable element of Indian carnatic music with either eight or seven holes on the flute body. There also are complex derivations of the bansuri like the algoza which is a “twin bansuri” developed in the Himalayan foothills or the nagoza or mattiyaan jodi of central and south India. The Indian flute is also distinctive in that it is the only side blown of all flutes that are otherwise found in numerous ancient cultures across the world.

A traditional instrument that plays very much a reverberating tone in Indian music is the shehnai. Typically a key element of auspicious occasions, more particularly north Indian weddings, the shehnai is a reed instrument and is suppossedly a modification of the pungi. Also called the oboe in the northern Indian context, the shehnai has been a common encounter in both classical and folk music in the country.

A very popular instrument when it comes to Indian music is the tabla. While traditional and folk, classical and popular music all invariably weave the beats of the tabla in their rendition, the instrument makes for a rather prominent presence in Hindustani classical music. A pair of small drums that demand extensive effort on the part of the palm and fingers of the hands, the tabla however has a disputed origin. In fact it is the smaller drum, or the higher pitched of the pair, that is called the tabla while the larger one is known as the dagga. A percussion instrument developed to complement other emergent instruments like the sitar and sarod, the tabla became a popular element of mainstream Indian music only in the eighteenth century before gradually gaining popularity to become a global phenomenon.

Another worked up version of Indian musical instruments is the Pakhawaj, which is suppossedly a modification of the mridangam. The standard percussion instrument in the dhrupad style, the pakhawaj made way for the table when its accompanying style of music saw a decline. A barrel shaped drum with two heads, the pakahawaj has been a crucial accompaniment of Indian classical music ever since it made its mellowed way into the musical scene sometime in the 14th century.

A staple of vocal North Indian classical music and Sufi Muslim Qawwali concerts as well as of kirtans, the harmonium is one of the most recognised of Indian musical instruments. Specifically the late 19th century was the time when the influence of the harmonium on Indian music was all encompassing. The hand held harmonium which is an integral part of many musical recitations in the Indian subcontinent was a modification by Dwarkanath Ghose. Even with considerable decline in reputation during the early 20th century as being a form of western influence, the harmonium continues to occupy an important place in the present day Indian musical scenario.

A single reed instrument exclusive to the north east Indian state of Assam is the pepa, a hornpipe musical accompaniment made out of buffalo horn. A characteristic melody of the Rongali Bihu celebrations, this wind instrument is a culmination of three of its components- the Gutia Pepa, the Jur Pepa and the Jutia Pepa.

The main percussion instrument and one among the popular musical accompaniments of the Carnatic style of music is the Mridangam. Also know as the Divine Instrument owing to its depiction and prominence in ancient Hindu scriptures, the mridangam is a double side drum complementing vocal, instrumental and dance performances. Even when the mridangam has been responsible for its more popular percussion counterpart, the tabla, this ancient instrument continues to be of utmost importance in the south Indian style of music and performing arts.

Another ancient percussion instrument of India, the ghatam is also a prominent presence in south India. A clay pot with a narrow mouth of almost the same size as an ordinary Indian pot, the ghatam however is most often a secondary accompaniment to the mridangam. Also a common element in folk music, the ghatam is played with the heel of the palms and the fingers while being held in the lap by the artiste.

Perhaps a distinctive musical instrument in that it does not play any melody but rather complements another melody played on another instrument, the tanpura also has its own notational rhythm. A long necked plucked string instrument, the tanpura of Hindustani classical music is referred to as the tambura by Carnatic musicians. Somewhat resembling the sitar in appearance, tanpuras come in two distinct styles- the miraj style and the tanjore style as per their use in north Indian and south Indian classical music respectively.

A one stringed musical instrument traditionally used in the music of the Indian subcontinent, the ektara is more common an encounter in the Baul music of Bengal. Also evocating a prominent melody in kirtan recitations and in Sufi chanting, the various sizes of the ektara lead it to be classified as soprano, tenor, and bass or dotara.

A trapezoid shaped percussion stringed instrument, the santoor is an ancient musical accompaniment that is most prominent in the Indian state of Jammu and Kashmir. A variation of the Iranian santur, the Indian santoor generally accompanies the folk music of Kashmir and is a derivation of the name Shata- tantric, meaning a Veena of a hundred strings. A delicate and sensitive instrument, the santoor also makes quite an impression in Hindustani classical music traditions.

An Indian stringed instrument, the esraj is somewhat of a recent addition to the repertoire of musical accompaniments used in India. A modern variant of another traditional instrument, the dilruba, esraj is used prominently in two forms across the subcontinent. In the north Indian region of Punjab and in West Bengal, the esraj is most commonly encountered. It is also the main accompanying instrument for rabindra sangeet in shantiniketan even when it has been declining in popularity in the classical musical scene. 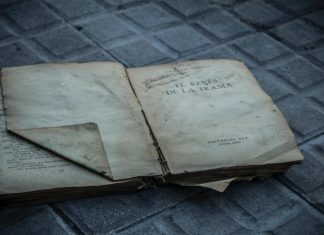 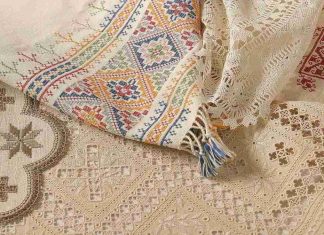 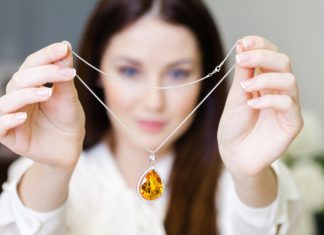