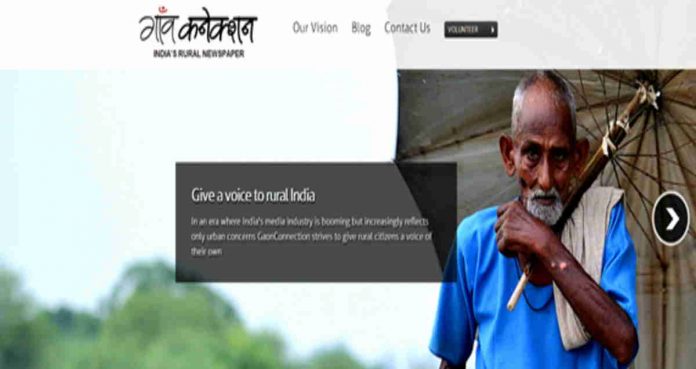 For a nation the soul of which lies in its villages as proclaimed by its Father itself, it is a queer misgiving that somewhere down the ages, India has not quite lived it in essence. And no, it isn’t about the rural population of the country that has us worried. A majority of about 70% Indians still call villages their home and hearth. And that exactly is the reason why we need to lament the state of affairs unfolding in the country at the moment.

It’s a truth quite disheartening that in the largest democracy of the world, even the right majority does not always enjoy the consensus. Talking about democracy already though, we might as well not stray off track and come straight to dealing with what we are up for in the context. Media has always been existential enough in democracies, albeit in all eras and areas in modern existence. But in countries that have the good fortune of being run by a government of, for and by the people, media is perhaps one of the most coherently consistent of public entities. From popularising public opinion to dismantling unpopular leaders and tyrannical governments, this form of practical expression is a must for rightful and dignified existence of the masses. Only logical it is therefore to view media as a platform against the biases, one that treats every aspect of society as part of a comprehensive whole even when dwelling extensively on every part of the spectre and holding them in their own due esteem.

Why this rant on and about media is something that probably will not strike you just like that. In fact, truth be told, this isn’t even about the media presence. Rather, it is the appalling lack of its focus in some equally concerted areas that make for more of the case to be heard. Which precisely is what should unappeal to you as a resort of selective consumerism by this section of the society that seeks to prioritise the rash and the rapid over the soul and its state.

It indeed is a sorry state of affairs that there have been virtually no yield of such ventures in media in India, print or electronic, that chose to shoot beyond the compact realm of the cities and explore instead the seasoned yet emerging life in its villages. Except one of course, which is the subject of all our references and the muse of all our paeans today. This essentially simplistic endeavor appeals perhaps more because it makes its ethics so known in its very name. ‘Gaon Connection’, the brainchild of famed journalist and even famous raconteur Neelesh Misra, is a newspaper that has stayed true to its spirit ever since it was birthed in 2012 in the Indian state with the largest rural population of Uttar Pradesh as India’s rural newspaper.

In fact, as India’s biggest rural media platform, Gaon Connection is more than just another newspaper. In a country where leading national and even regional dailies do not dwell sufficiently on the stories of the villages, Gaon Connection has been a much needed attempt to fill the lacuna that this subversion of interests has been continuously leading to. What perhaps is even more heartening about this offbeat venture is that Misra and his team of journalists do not pore just into the ‘bigger issues’ that plague the society and village life at large. Gaon Connection instead focusses more on the positive aspect of reporting, detailing the many substantial changes that is transforming rural India into a more ‘viable’ area of modern existence. Be it rising literacy levels, overall growth scenario and changing living conditions and lifestyles, Gaon Connection’s rural focus makes it sure to project villages in as much of their real substance as possible.

With practically no funding from external investors and relying exclusively at his own expense, Misra sure has taken the road less trodden. Both in its rural content and its non- profit driven ideology, Gaon Connection might seems like a difficult idea to sustain. But seven years since and Misra continues his chronicle of villages with dedicated passion. Not surprisingly therefore, Gaon Connection has been among eighteen news organisations of the Asia- Pacific region chosen recently by the Google News Initiative for the GNI APAC Innovation Challenge Round 2 Funding. Because “Gaon Connection in India is building an ‘insights platform’ to capture the opinions and preferences of rural communities.”, it was deemed as one of the four entrees from India to secure a funding for being one of the ‘new ideas to help journalism thrive in the digital age’ in its essentially distinctive approach.

This funding by Google for Gaon Connection will enable it to create India’s first national rural insight platform that will act as a voice for the many diverse communities of rural India. With thematic surveys by its community journalists, Gaon Connection aims to build up such a platform on a previously unprecedented level even as it seeks to bring in some revenue to support its fully advertisement averse venture through mass reach. Needless to say, in encouraging such massive participation of the rural masses who have been hitherto neglected and undocumented, Gaon Connection sure is doing more than what its humble roots had aspired to. In initiating and most laudably sustaining this paradigm shift of what can be called grass root reporting, this innovative approach sure bodes well for the India of collective dreams in hopeful times to come. 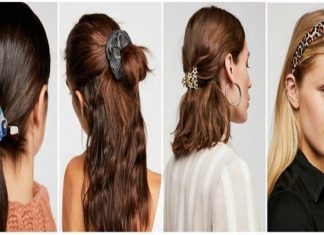 Accessories to wear your hair in style Comedians around the World to Tickle your Funny Bones