INNFINITY
Home Limitless The many solitary reapers of Japan Pardon me for saying this but 2020 has quite been the ‘liberating’ year of our times. An unprecedented brush with a global pandemic for the vast majority of us cannot be termed by any means as ‘quite an experience’ but there has been such stark realisations stemming from the midst of it all that makes us perceptive once again of the silver lining in the clouds. From bluer skies and greener grasses resulting from lower pollution levels as the world went into shutdown to such realisations that has us smirking now at the futility of everything that we thought made life so worthy, opinions and considerations have gone for a toss. And so has the reputation of humans as social beings have had to undergo serious revamp, as perhaps this is one rare time in history that the ‘united we stand’ adage holds to the contrary. With social distancing being the mandate for almost a year now and God knows how many years hence, it is only a given that the world is exploring more of its solo options that does not require human contact and even connection.

So even as Machu Picchu opened up to a single tourist only recently, there also have been other solo rendezvous that are now being revisited. From reviving our interest in the lost arts because we have so much time to while away and poring deep into our selves, a lot of contemplation has been doing the rounds of the world ever since the coronavirus made its way into our lives (and how!, but frankly this ‘how’ now seems to have lost the impact of its ‘sheer suddenness’ and ‘unexpected nature’ with its continuing tantrums, dare I say!). One particular solo culture that however has not been an outbreak of the pandemic and in fact stems to some years past of this path breaking start to the decade has been a Japanese practice, the practice of ohitorisama.

Ohitorisama or the singles culture isn’t something particularly exclusive to Japan. Korea in particular has been a nation aligned along the same lines. With such practices as honbab or eating by oneself and honsui or drinking by yourself becoming increasingly prevalent, Korea too lives in a phenomenon unperturbed by others. But even in its seeming significance and prominence, these concepts are but subcultures when viewed in comparison with the all encompassing phenomenon of ohitorisama. In ‘allowing’ for all such solitary pursuits that range from dining and drinking alone to karaoking alone, Japan’s solo culture is a case of the extremes, self inflicted of course. And with karaoke being the leisurely pursuit of an art that developed in Japan, it is inevitable that the country will make space for also single session of karaoke, or hitokara, in particular for its people.

While the single life, and not in context of only the romantic relationship status or rather the lack of it, is not something unencountered in other parts of the globe, the Japanese phenomenon is all the most stark perhaps because it is bestowed a name that singularly identifies it. To that extent, ohitorisama itself is an identity, in name as well as in sustenance as the increasing number of Japanese people taking to it suggests. That in particular is quite a breakaway from the traditional rule of life not just in Japan but also in all parts of the world. The single culture is one seldom encouraged, with not just partnerless people but also such folks who choose to venture out alone even in daily life looked down upon with ridicule or even pityingly till just a couple of years back. Someone who is nonchalant enough to dine out all by himself is viewed as a poor soul without friends, irrespective of the fact that it is their choice and not compulsion that leads them to be alone. In such context then, ohitorisama isn’t just another of new age cultures that represents a fad or a fashion, hinging even on breaking away from such conventions that are rooted too much in stereotypes rather than in common sense.

But this particular culture of the solitary life to be finding frequent expression in Japan than anywhere elsewhere is also a phenomenon quite ironical. As a nation of the elderly and sometimes the forlorn where rented relationships are sought out quite often and also as a country that has been reeling under a suicide epidemic, stirred also by factors that involve loneliness, in recent history, Japan does not exactly comes across as a nation too happy to be surviving all alone. Even more ironic is the fact that only a few years back, there was a concept of benjo meshi, or toilet rice, prevailing in this same country that now is so coolly conversant with the trend of going solo. Benjo meshi stemmed from the exact opposite of what ohitorisama emerges from. Being alone was so looked down upon that those who could not manage to find company for lunch or even those who were a bit too socially awkward to be enjoying a meal in the presence of friends were doomed to having their lunch in the toilet! In such a backdrop it is remarkable indeed that the concept of the ohitorisama culture came to dawn more profoundly in Japan than anywhere else in the world.

It however is not so much a fault of the Japanese people that they have always been inclined to think about life in social, or societal terms. For a country of 125 million people, the 11th most populous in the world, inhabiting what is actually an island, that too of a size that ranks it 61st in the league of largest countries, space has always been a constraint in Japan. Needless to say, the people there could not really afford the luxury of space that would have conveniently allowed them to do solo life the way they might have wanted it. Over the time, this constraint developed into a taboo, so much so that being seen alone in Japan was one of the most ‘humiliating’ things you could do to yourself. The mounting pressure of the social media likes and friends and followers only accelerated the pressure to fit in with the crowd, even without wanting it. What followed therefore was the natural way of life for the Japanese where being solo was not even a consideration unlike in the western part of the world where self love and being alone is not frowned upon.

Ohitorisama emerged then as quite a counter to the Japanese way of life. Of course, with the social media frenzy getting way too overwhelming and the newer generation finding such pursuits in life that rendered them happier alone than with someone, ohitorisama saw quite a boom here. But even in its surge to prominence now, it would be wrong to classify ohitorisama as any recent phenomenon. Ohitorisama is only as recent as its third wave of promulgation that has been booming sometime since 2012. And it is this third wave that is being led by young people in their teens and twenties, mostly women and sometimes men. Ohitorisama as a concept first dawned in Japan during 2004- 05, when a parallel concept of ‘gohoubi’ or giving yourself rewards was gaining ground. Mostly developing from women who were increasingly becoming open to the idea of pampering themselves, ohitorisama developed in its second phase with men at the lead of the resurgence, leading to another buzzword dominating the scene, this time of the ‘herbivore men’ or men who are not interested in romance or romantic relationships including marriage and sex.

But despite how ohitorisama continued as a way of life for people choosing to remain alone throughout their life, increasingly many married women and family men also are choosing to spend most of their time in public alone while continuing very much to remain rooted in their social entities while with family. This stems in part from the need for people to have their ‘me time’ rather than a desire to wander all alone through life. But for a majority of the population who has been practising ohitorisama, the solitude is as much a way of life. As the percentage of Japanese men and women who have been singles their entire life has been increasing dramatically over the past couple of decades, it only is an indicator of just how real a culture ohitorisama has emerged to be in the one and a half decade since it burst into the spectrum. Ohitorisama has spawned therefore a demographic shift, one from where it itself also has emerged and evolved that has led Japan to see notable dips in birth rates. That, combined with its already ageing population, means that the future years and decades will see an even greater rise in Japan’s super solo culture as its population density is projected to inevitably come tumbling to unprecedented figures. Today, ohitorisama has permeated through every layer of life in Japan. While on one hand, the manifestation of it as a cultural phenomena is getting deeply ingrained in Japanese society, on the other hand there also has been the growth of a separate set of business that has been capitalizing on this new found way of life. From cinemas that offer seats with partitions to theme parks that let singles jump the queue at certain rides, from grocery stores selling stuff exclusively to meet single diner needs to travel advisors designing itineraries aimed at the solo voyager, such setups that cater to the needs of the solo person have captured the market business. After all, like all other manifestations of life, ohitorisama is but also another way of going about life’s business, albeit solo but nevertheless fulfilled and buoyant. 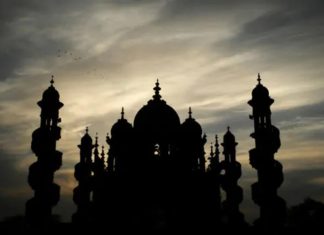 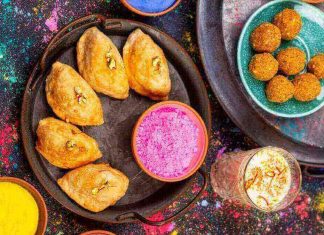 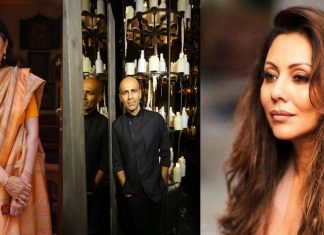