Religion has always occupied a deep presence within the spectrum of human existence. Either in its dwelling as a perspective of life or a belief in it as being the guiding force or even the be all and end all of life itself, religions has been integral to societies and cultures of the world since forever. Not all religions however continue to impact devotees and followers continually, subsiding through its time in history. While there also exist still profound religious influences that have been permeating the everyday trait of life and continuation since centuries back in history. Here we list some such continuing religions that which can to be the oldest religion in the world by virtue of their continuing perpetuation-

The oldest existing religion in the world is Hinduism which has been around since at least the 15th century BC. An Indian religion, Hinduism is however more a way of life in its inhabitance in different philosophies. As a religion considered to be a fusion of Brahmanism with various Indian cultures, Hinduism does not stem from any single founder or origin.

In fact, as a draw upon the ancient Vedic religion, Hinduism owes its allegiance to religious texts called the vedas. Totaling four in number, the vedas start off with the Rig Veda which also is one of the oldest known complete religious texts that has survived into the modern age. Hinduism however isn’t an organised religion, with different followers of the faith adhering to different ritualistic practices. Religious festivals however encompass the spirit of Hinduism in far elaborate terms than any other characteristic form of worship. Be it harvest festivals like Makar Sankranti or spring festivals like Holi, or one of a kind extravagant observances like Durga Puja, festivals within the ambit of Hinduism focus not just on the religious facade of life but on other essential human pursuits as well.

Originating probably sometime around the 6th century BC, Zoroastrianism is one of the world’s oldest continuously practiced religions. But as a religion that perhaps has been around since the second millennium BCE, only to enter into recorded history several centuries later, Zoroastrianism can even be the oldest surviving religion in the world. Founded by prophet and reformer Zoroaster, this is the derivation of a prehistoric Indo-Iranian religious system that had been one of the most powerful of world religions at a particular point of time in history.

As home to the single largest Zoroastrian population in the world, India’s significant rooting in this ancient religion in the modern day has people of this religious belief celebrate their traditional New year’s Day or Nouruz in August as opposed to the prevalent tradition of celebrating it on the day of the spring equinox in March. Believers of the Ahura Mazda, Zoroastrians of the present day are almost always Indian Parsis or Iranian Zoroastrians.

An ethnic religion, that which is the way of spiritual life for Jewish people, Judaism traces its origins in the Middle East sometime around 500 BCE. However in its current form as an organized religion, it was during the 6th century BCE that Judaism began to gain ground. One of the oldest monotheistic religion in the world and the oldest continuing in prevalence, Judaism has been the foundation for all other of the Abrahamic religions. Officially founded by Moses, widely considered Judaism’s greatest prophet even with definite tracings to Abraham, the religion has also been an important part of the background that defines Christianity, the most followed religion in the world.

An ancient Indian religion, Jainism or the Jain dharma does not adhere to the idea of a God or a spiritual being as basis of its evolution and existence. Believed to have been around since the 6th century BCE, the religion has similarity in beliefs with both Hinduism and Buddhism. But while religious texts and scriptures are obscure in Jainism, the Jains trace their spiritual ideas and history through a succession of twenty-four leaders or tirthankaras, the last of whom named Mahavira is indeed credited as the founder of the Jain dharma.

Ahimsa or non violence makes for one of the most essential guiding principles in Jainism, that which is adhered to in rigorous extents. In being a fundamental tenet, ahimsa as a principle is most developed in Jainsim even when it is also an essential encapsulation of the teachings under Hinduism and Buddhism. Meditation is another important adherent within the Jain religion, even when its end goal is not exclusively the greater peace of mind but also is concerning about stopping karmic attachments and activity.

More a system of thought than one of religious leanings, Confucianism developed between the 5th and 6th century BCE as a doctrine built on an ancient religious foundation. Founded by Chinese philosopher Confucius, the organised mode of life have had relatively strong bearings in the Chinese territory. A humanistic belief that did not dwell much in spirituality and divinity, Confucianism concentrates more on the individual and his innate goodness as the means to a better world where the sacred secular would rule supreme.

As a continuation of the ancient Shang-Zhou official religion that had lasted uninterrupted for three thousand years, this one religion propagated by Confucius has been in his own words a transmission of ancient knowledge. Nevertheless though, Confucianism did end up generating its own set of ideas and beliefs that render it more a tradition or philosophy than an organised religion, being described at best as a humanistic or rationalistic religion that led particular importance on the relationship between humanity and heaven, rather than exalting the latter to a more distinguished place altogether.

One of the major world religions apart from also being among the oldest, Buddhism have had its origins in India. Founded on the teachings propagated by Buddha or Siddharatha Gautama, the religion came into being sometime during the 5th to 6th century BCE. Perhaps more coherent in being a philosophy than an orthodox religion, Buddhism first flourished as an oral rendition of the Buddha’s teachings even when the tripitakas occupy an important place in the later scheme of things within Buddhism. But even when the first texts were likely written down some few centuries after the Buddha passed away, Buddhism perhaps is a more set religion than what it effectively seems. With its historical roots well extending into the religious thoughts of the Iron Age around the middle of the first millennium BCE, Buddhism is well among the ancient religions of the world.

At the core of Buddhism is its goal of overcoming suffering. Concepts such as karma, moksha or liberation, Nirvana or enlightenment and other such out and out spiritual realisations are central to the basic teachings promulgated by the religion. In its four noble truths and three jewels and myriad of such arisings that attempt at self realisation while not recognising the need of a supreme deity for invokation of the path to righteousness and inner peace, Buddhism emerged as a religion that might share common facets with others of its clan yet is still as much a distinctive and profound way of life in its own as any other.

Yet another religion that is also as much a philosophy of life is the Chinese adherence of Taoism that has been existent in history through atleast the 4th century BCE. Attributed to the ancient Chinese philosopher Lao Tzu, Taoism also doe not invoke the worship of any God or deity as its core religious practice. Evolving from a certain strand of Chinese folk religion, Taoism is more about attaining spiritual harmony within the individual. Taoism however dwells in two main schools- philosophical Taoism and religious Taoism, with the latter choosing to emphasize on such religious rituals that can lead to to immortality.

The Chinese concepts of Yin and Yang are never more clearer elsewhere than they are in the formulations of Taoism. Indelibly therefore, Taoism has shaped not just the religious scene in China but also its many cultural lineages. One of the five religions recognised by the People’s Republic of China at present, Taoism prevails through a wide variety of written texts. Even in its mixed philosophical and religious leanings, Taoism is essentially characterised by rituals, exercises and substances aiming at aligning oneself spiritually with cosmic forces, at undertaking ecstatic spiritual journeys, or at improving physical health and thereby extending one’s life, ideally to the point of immortality.

A nature religion originating in Japan, Shintoism emerged from the beliefs and practices of prehistoric Japan between the 3rd and 8th centuries BCE. For a religion as old as the Japanese culture itself, Shintoism has been officially designated as Japan’s state religion as an indigenous religion emerging from the nation. An optimistic faith that aims to keep evil spirits at bay by means of appeasement of the kami through prayers and offerings, Shinto stays true to its nomenclature of being the way of the Gods. With strong Buddhist influences working their way into this religion that believes in worshipping the forces of nature, Shintoism has progressively developed through the course of Japan’s existence over centuries to be the guiding major practice that it is today. In not owing its origin to a founder nor it legacy to any associated texts or scriptures, Shintoism has persisted in extensive observance by a multitude of Japanese people over the years, even when they tend to be non religious by their own admission. 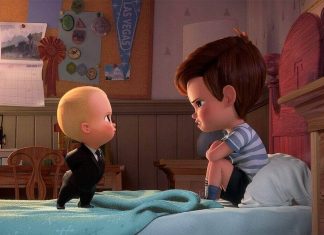 Hollywood hunk Chris Hemsworth is in India and fans are going...