If there’s one musician who continues to inspire awe and evoke emotions as the most influential of all crooners still alive, then it has to be undoubtedly the legendary Bob Dylan. With his songs that chronicle social issues with a unique blend of folk, rock and blues, Dylan has been effective in translating his art into something that serves every purpose of the pursuit of all things creative.

And it isn’t that Dylan’s musical evocations have stirred just the masses. His claim to ten Grammys, one Academy Award, one Golden Globe and even a Nobel Prize stand out amongst his list of countless achievements. Yet as a truly phenomenal global artist, Dylan’s legacy is manifested mainly in the way he is idolized and adulated by his legions of fans around the world.

Dylan’s legacy as a true blue musician and an artist with a tremendous appeal to the masses in fact streams from his innate appeal that renders him easily dear to fans and enthusiasts. Not surprisingly therefore, one of the greatest musicians of the times has his yearn for One More Cup of Coffee find realisation in his fans’ desire and love for his undying spirit and legacy.

In the rock capital of India’s frenzied musical existence, lies the quaint and pretty Dylan’s Cafe. The hot bed of all notes spunky, Shillong has been the connoisseur of the country’s music scene for long. No prizes then for guessing that this exquisite hang out place is modelled exclusively and extensively keeping in mind the enduring legacy of his star aura and presence.

With graffiti painted ceilings that has hanging music discs already lending enough feel of pop and blues, a Bob Dylan portrait just about completes what this certainly not any run of the mill cafe seeks to incorporate. The pop art themed amazing decor and the warm vibes that this place emanates is enough for visitors to believe that there indeed is a part of Bob Dylan making its presence felt through the gleam and comfort of the cafe.

With its old world breezy charm and peace, Manali has always been the place to chill and relax, while having music as the perfect stress buster. Add on food and you will just have the perfect chillax menu. The Dylan’s Toasted and Roasted cafe in this part of the country is the place you definitely will be enthralled by if you are one of those die hard fans of Bob Dylan.

With walls decorated with the posters of Dylan, the dim lit cafe is a perfect retreat for music enthusiasts and lovers. What’s more, the chocolate chip cookies here are the best in town, so that’s an exciting bonus as well!

The Gaslight Cafe isn’t one dedicated to the legacy of Bob Dylan. Rather, this place in Greenwich had its claim to fame resting on a 20 year old Dylan performed at the outset of his career. However, even after the cafe closed down in 1971 the Dylan factor associated with it has ensured that the legacy of the cafe continues to live long after shut down.

Another Greenwich cafe that holds testimony to the origin of the legacy of Bob Dylan is the Cafe Wha?. An important part of the Greenwich music scene of the past era, the Cafe Wha? closed in the late 1960s only to re emerge later in 1987. Dylan had played a set of songs in this iconic cafe on his very first night in town in 1961.

As the home to most of Dylan’s career beginnings, Greenwich does have a slew of cafes witness to the legendary musician’s rich cultural legacy. Indeed, with Bob Dylan as one of its patrons, the original Caffe Reggio is another place with a remarkable history.

As the dynamic personality with a penchant as inspiring as his legacy celebrates yet another milestone year of his life, here’s raising a toast to his continuing charisma- with yet another cup of coffee! 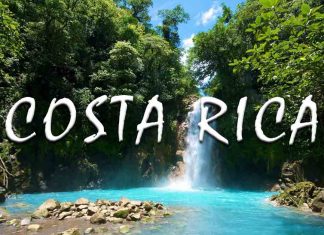 Salman, Katrina among host of stars to get sued in the...