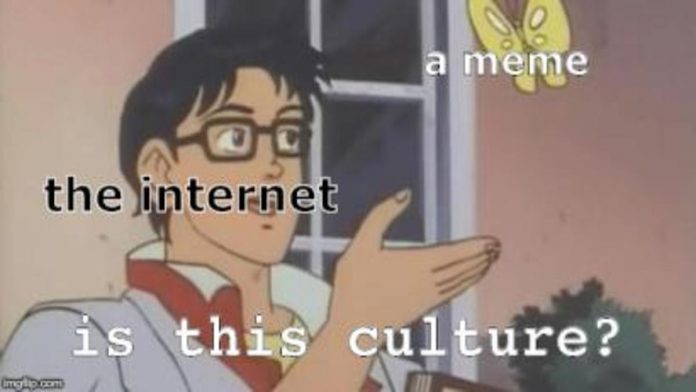 The social world of today is one that remains flooded with an onslaught of memes. From being utterly relatable to being downright funny and sometimes also dwelling in sarcasm to bring the world face to face with disturbing realities and stark truths, memes are an important component of our daily social diet. There is a certain joy to discovering new memes and sharing them across our social media profiles, in the way spreading not just the joy we felt but also garnering the likes and comments and shares to bolster our own digital presence. Why the latter aspect is of any importance for a layman not as much into such professional fields as digital marketing or embarking on the route of being social media influencers is something that goes beyond the purview of numerous debates and discussions. But whatever all this might lead to, it indeed is an undeniable truth of modern existence that memes rule our existence as much as genes does.

And while this derivative of memes from genes might come across as too poor an attempt at attributing everything to the evolutionary scheme of things, this in fact happens to be the reality. For all of us social media addicts of today who find some sort of fulfilment in ‘encountering’ memes in all of their avatars, we have remained forever content with the viral nature of them. We react to some, we share some others but in their amusing content, we enjoy them all. But rarely have we cared enough to dig deep into just how these memes managed to surface all of a sudden a couple of years back and change the very purpose we deemed social media to be serving of. From being such platforms that enabled people to connect with the world, our Facebook and Instagram accounts today are more a feeding of memes than of connections into us. But to good effect of course. Because despite the humour and entertainment that memes so aptly deliver, they also somehow help ourselves keep abreast with current happenings because they build up on such content that feeds on the everyday world. And yet, despite all their seating in such relevance, rarely do we wonder as to how this terrific internet phenomenon found its first flight of fancy.

In its quite interesting nomenclature, the term meme can be attributed to not any doyen of social media nor a rebellious teen forever on the outlook for such ideas that will one day validate his cause of rebellion. Instead, ‘meme’ as a concept took root in a rather surprising mind- that of British evolutionary biologist Richard Dawkins who first coined the term in his 1976 book The Selfish Gene. That said, memes are not therefore entities of recent stemming. Internet memes, however, developed as a concept only in the mid 90’s, precisely half a decade after the world wide web came into being. Dawkins then never had envisioned that what he termed as a meme almost two decades before it became a ‘thing’ would come to acquire its present meaning, let alone its current stature. But in essence, what Dawkins made of a meme and what internet memes have come to mean still are rooted in the common idea of evolution.

Etymologically though, meme is a derivative of Mimeme, a word rooted in the Greek word language that which means something imitated. Dawkins shortened mimeme to arrive at a more condensed word that he coined as meme and that which sounds somewhat like gene, something that follows from his identity as an evolutionary biologist. Having fathered therefore the term meme, what Richard Dawkins alluded to in his coinage was the concept of evolution in biology, based on the existence of a self-replicating unit of transmission, in this case the gene. He however ventured beyond the realms of biology when he embarked also on the idea of cultural evolution, that which also has its own pathway when it comes to constantly evolving from what it has been till that point in time. This concept of transmission of an idea is what was envisaged by Dawkins when he mentioned the word ‘meme’, which therefore is not very far removed from what it intends to mean in the present day and age. In fact as something that goes viral over the net, even the internet meme logically follows from Dawkins’ The Selfish Gene since he indeed equated his concept of a meme to a virus in the last chapter of his book. In having therefore formed the meme theory though in no way the sole and novel proprietor of memes, Richard Dawkins draws also parallel of this concept in cultural evolution to the Darwinian selection, asserting how memes as they prevail today are but works upon some original idea that transmit and evolve through human means and creativity.

But just because the concept of meme finally found a name with Dawkins does not mean that it did not exist before that. In fact much before 1976, in 79 AD to be precise, memes existed in some form as has been evident in the discovery of a Pompeii ruin. Cut to the modern world and the first proper meme that went viral on the internet was in 1996 of the dancing baby or baby-cha-cha. Along similar lines, The Hampster Dance also became as popular a meme and so did the Harlem Shake. Over the years, memes have constantly evolved, much in line with Dawkin’s ascribed notions of cultural evolution to range from political and cultural content to pop culture references and relatable life instances. While there have been meme ‘icons’ like LOLCats and Grumpy Cat and meme trends and ‘genres’ like dank memes and the like with sometimes silly, sometimes provoking, sometimes contemplating content, the innate language of memes isn’t as simple as what it comes across. Even when we might deride memes as another silly pursuit in entertainment, it is indeed quite ingenious an endeavour to weave any number of situations in a given meme template through the multimodal grammar elements of words, images and captions in a way that captures the attention of viewers. In persisting as one of the evolutionary ideas that transmits its presence through time, memes are a very apt derivative from something with deep rootings in the academia. No wonder there even have emerged ‘meme courses’ where scholars learn about its history and also its impact, particularly in the sphere of social media communications. In ushering in a whole new evolution in culture, memes certainly aren’t without an identity of their own even in being somewhat of the imitation art that they are in all their honesty!