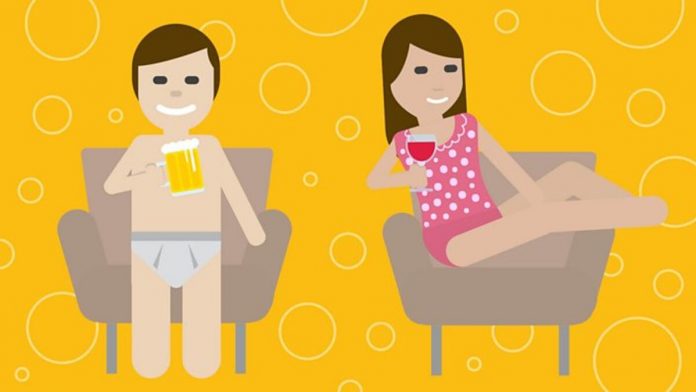 If there can be a certainly safe space for any one of us in this corner of the universe that identifies itself as Planet Earth, then that one particular place would have to be home. But exceptions indeed exist to every single thing that rules the universe even in all generality, and when that exception itself is universal enough in its basis, then you know for sure the premise of validation on which it is set. Perhaps making for one such special case in unequivocalness is the certain charming bias that a specific some region of the world enjoys in all its encompassment of things that are enticing in their uniqueness and standout in their charm. Harbouring of such an especial status is the Nordic identity summed up by the geographic and cultural explorations of a handful of the world’s countries. Alluring indeed in the vision of their exuberance, whether it be the splash of their colors or the pleasantness even of the extreme weathers, with of course the synonymous occurrences of natural bounties and pristine beauties sprinkling the magic upon life there are these nations that however dwell also in as dynamic a dimension of their utterly mystifying existence. As that specific arena seeped in all the happiness of the world as validated by their continuous ranking at the fore across global parameters, these countries buoyant in their living along the Nordic way of life is no less an enigma of sorts, capturing the world fancy with such distinctive pursuits of life and living that make for the exalted nature of their existence in traditionalism in accordance with such philosophies of profound simplicity and essential practicality through which they very well serve life lessons of their own.

More remarkably even, the Nordic pursuit of the best life there ever can be, gratifying in its most exquisite pleasures is rooted in such ideas of being that are as physically recreational as they are mindful in essence. And it isn’t any humongous strata of a singular ruling that they endeavour to encompass, rather gleefully embarking upon such horizons that are a world of safe comfort in and of themselves. Their philosophies are essentially rooted in the simplest explorations of pleasures summing up the seemingly complex assertion of life. Across their many an innate considerations of the good life are seeped such ideas of bliss that stem indeed from the tiniest of their musings, snug and warm and content to such measure that leaves them without an iota of worry in the world. Bring to mind the most fancied of such realisations, delivered in the Danish connotation of hygge that has come to be the epitome of all experiences warm and comforting and just simply happy. Or the Swedes’ and Norwegian’s charting of lagom for instance that conjures up a measure of every thing in just the right amount of it, adequate, optimum, suitable, in balance or perhaps therefore something ‘just perfect’. Ditch mere words even and dwell even in entire concepts and there’s the all embracing love for nature that Norway swears by for all reasons and seasons, but most particularly during its frigid winters. Chuck grandiose even assertions of such pursuance of life in all meaning and in all naturality and there still would be Iceland’s indulgent indeed ice cream outing of the Isbiltur as well as Sweden’s Saturday specific lördagsgodis ritual of sweetness to find Nordic resonance in. In these and many such different ideas and ideals of what entails indeed the ideology of living life to the fullest, the many a definite Nordic identities offer what comes across as a phenomenal indeed way of living life along all its vagaries, with sometimes discrete, sometimes overlapping intentions delivered by each of its comprising entities to deliver indeed a notion of a world resident in all the delicate rosiness even of otherwise stark realities.

Sitting pretty in sync with such myriad explorations that leads every aspect of Nordic life to be a hearty experience in existence is a similar such idea of indulgence that Finland takes pride in. And as a veritable assertion of a life well lived, stemming as it does from what has been consistently ranked as the happiest country of the world, this cultural expression dubbed the kalsarkanni in pure Finnish terms is no less poignant a wonder. And indeed, a literal translation of this concept as ‘Pantsdrunk’ in English gives away immediately why this is a ritual religiously practised by a nation forever scoring a perfect hit on the happiness index. Call it a tradition of relaxation or a mode of achieving the all important modern day pursuit of self care, but either way you would be setting yourself up for one of life’s most worthwhile indulgences by simply practicing this as simple as well ritual of kalsarkanni. Like all other Nordic stemmings, this is no fancy a call for elaborateness, lending in fact a rather stirring identity to a pursuit in relaxation the world probably indulges already in, of course in all simplicity. What kalsarkanni urges one and all to do is simply drink the night away in your underwear, of course within the guarded confines of your home with little to fret about, whether in terms of appropriateness or in manners of sociability as you seek some moments of peace and belonginess not to anyone else in the world, neither to the world itself but only to yourself. A traditional way of life in Finland that goes back ages but that has been in prevalence as a definite term sometime since the 1990s, pantsdrunk perhaps would have been a phenomenon largely confines to the pleasurable exploration of life by the Finns, if not for the global pandemic that has endowed further meaning to this elementary indeed enjoyment of life. For pantsdrunk encompasses indeed the spirit of unwinding with a drink, but reiterates its doing in one’s own space and time so that you get to do exactly what you want to, albeit in a different premise of calm and contentment. It perhaps is a ritual we all yearn for every once in a while but are too bothered by our social circle to forego instead its luxury in solitariness, this solitariness though encompassing also of company in a sense in that it actually wants to inspire instead that circle of socialising that feels like very much a part of us, even when it is exactly this sort of a ‘party’ that has us more spirited than anything else. It is in reiterating such moments of existence that we owe to ourselves in all priority, that we enjoy of our own rather than in obligation that is what makes kalsarkanni yet another display of Nordic exemplarity in living life to the fullest that is what betroths us yet again to this romantic pursuance of the idea of living by a certain part of the world drunk indeed on the magical elixir of life.

The very idea of kalsarkanni is guided by notions of what makes up the strata of relaxing, and is publicly pursued by the very governing entity of the happy nation. As per the website of Finland Promotion Board, kalsarkanni asserts as even more ingrained an essence of the Finnish existence, presenting it as not just an activity as concerns the physical working of it but rather an emotion in feeling, an awareness characterised by “the feeling when you are going to get drunk home alone in your underwear with no intention of going out.” Pursuing further the whole ‘virtue’ of what this no exemplary but essentially significant still tradition manifests as part of its nature is a very present day context lend to it or rather making it part of the times of today in such assertion that makes it even the more relatable in its ‘sincerity’. Finding expression not just as a state of the mind one is encouraged to nurture and cherish in all its commonplace relevance but also in tangibly intangible reiterations is this pantsdrunk celebration that has been brought to life in the form of graphic images, or more generally as emojis. Introduced in 2015, the pictorial representation might be a humorous, loose interpretation of a concept meant indeed to be gratifying in its practice and servient of the eccentric some whims that life has us fancying at times. But kalsarkanni is way more universal than what this mere conjuring of the figures does. Just as you don’t have to be pantsdrunk in isolation, so too there isn’t any obligation to adhere to this ritual strictly within the four walls of your place nor is there any binding responsibility to strip down to your underwear to embody the traditional spirit of it. Kalsarkanni is still essentially what it is even if one does not exploit the literal meaning of it. A way of unwinding, of letting all stress and worries wash away even if for just some extended momentariness in such setting where one is most comfortable and happy and therefore living the best version of their life on their own exclusive terms is the more inclusive way in which this Finnish custom sets about working its charm. Even then though, one can still choose to live the most literal experience of this whole Pantsdrunk fun because that’s just how allowing of the happy vibes every aspect of the Finnish existence tends to be. And no, kalsarkanni isn’t even a philosophy at that. It is just another typical activity we want to sometimes pursue in all our human yearnings, as a recuperating strategy perhaps or as therapy, or even just for the sake of what it lets us do without any prick of the conscience to burst our bubble of carefree existence in the moment that is ultimately what shapes life, and indeed a happy life as well, as one can be certain of courtesy taking the cue from the Nordic nuances making up a nation of cosy, content Finns. 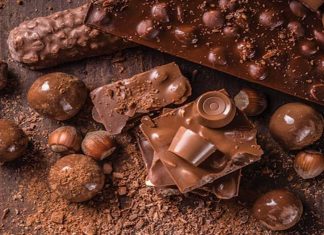