Waking up to a steaming cup of ‘shocked’ coffee, making out images in the clouds or evoking the real chanda mama on the moon- what it is that has us discern familiar images in the most unexpected of things? Considered at one point of time to be a symptom of the psychological condition of psychosis, this ability to see something out of the ordinary in random everyday objects has since come to occupy greater ground as a common human tendency. Termed pareidolia, that which is a derivation of the Greek words para and eidōlon and loosely translating therefore as ‘beside image’ and more accurately as perception of secondary images, this affinity to incorrectly perceive a stimulus as an object, pattern or meaning known to the observer is a rather frequent occurrence that dominates the range of human consciousness. A type of apophenia, that which is a broader concept alluding to the perceiving of meaningful connections between seemingly unrelated things, pareidolia, as a completely natural exploration of the hyper imaginative human psyche is unsurprisingly no any recent phenomenon. Finding resonance also in the times of a William Shakespeare that which has been played out in Hamlet or some inspired artworks by Leonardo da Vinci who described seeing characters in natural markings on stone walls, this rather remarkable way in which the human mind works is indeed an assertion of how the senses far outdo our consciousness in having us perceive something as indubitably existing despite it being nothing more than a figment of imagination, or at least nothing more than the impressions of the mind as have been understood till date.

However, neither Vinci nor Shakespeare are the ones from whom the stemming of pareidolia can be attributed as an unprecedented occurrence, unlike what characterise them in many of their creative ventures. Perhaps the earliest recounting of such pareidolic references began in unworldly beings, not in the supernatural though but at least in the celestial. Such accounts of pareidolia trace its way up to the moon though we cannot claim with certainty that the one and only natural satellite of our planet is also the one where humans begin seeing things. We only envision that it probably is given how frequently we have come to encounter the proverbial or rather the pareidolical image of the Man in the Moon in a diverse number of global traditions. No less steeped in antiquity is the concept of the Moon Rabbit, going back to times as early as that have granted it incorporation into numerous folktales. Be it man or animal however, the moon seems to be likely ‘the place where pareidolia originated’, provided such knowledge of a phenomena so obscurely made out is ever possible.

As a mythical figure living on the Moon in various accounts of Far Eastern folklore, the rabbit is identified as the dark markings on the near side of the Moon and first found inclusion in the folk tales of China from where it spread to other Asian cultures, retaining though the essence of it as originating from Chinese realms. Often viewed with a mortar and pestle across interpretations in East Asian folklore, the Chinese version relates the moon rabbit as a companion of the Moon goddess Chang’e, pounding the elixir of life. Other beliefs within the same culture instead show the making of cakes, that which happens to be also the most common projection in Japanese and Korean versions. But while the Chinese make references to their traditional mooncakes being made by the Moon Rabbit, for the Japanese it essentially is an ongoing preparation for churning out something as traditional as their mochi. What elevates further the significance of the Moon Rabbit as a continuing legend deriving from pareidolia is it being the basis for the most popular of Chinese festivals, the Mid- Autumn Festival or the Moon Festival, as well as such variants of it in other Asian cultures. Despite however the Asian prominence, the Moon Rabbit is also a presence encountered in the cultural references of some of the indigenous peoples of the Americas, asserting again as another popular recurrence of lunar pareidolia.

The Man in the Moon on the other hand is more prominent a Western derivation of the lunar pareidolic phenomenon that sees continuation again through a wide many legends. Scientifically though, this apparent image of the moon is made up of various lunar maria that in fact are vast, flat spots of lava that cover up old craters and then got cooled down, becoming smooth, basalt rock. Occurring on the near side of the moon that always faces the earth due perhaps because of a working of the gravitational forces partially caused by the Moon’s oblong shape, this is one of the most popular of examples of the pareidolic experience. The moon however is not the only celestial object where men have been seeing images since eternity, as the red expanses of Mars is also known for harbouring such dual identity, as is the once planety- now unplanety premises of Pluto. This is a reference that is more precise than what characterise the moonlit premises, dating to more recent times of 1877, when observers telescopically gazing into the Marscape thought that they saw faint straight lines, which were then interpreted by some as what came to be known as the Martian canals. Debunked though in the years that followed through better photographic techniques and stronger telescopes, this now very prominent recollection of the pareidolic vision failed short of what could have been attributed as engineering pursuits by a civilization of intelligent aliens indigenous to Mars. Another such popular occurrence on Mars dates to 1976 when a face was spotted on the surface of the planet and was obviously interpreted as evidence of existence of the extraterrestrial, which turned out however, quite disappointingly perhaps, to be some mere play of light and shadow!

Encountered also as frequently in objects that dot the face of the earth as it does in otherworldly expanses are such instances of pareidolia that can be both common and extraordinary. Most often spotted are random faces pretty much everywhere, from foods to flowers to houses to cars to natural structures and of course rampantly in clouds, among other things. But even when these appearances of the ordinary still can unsettle us instantly, there have come to be even stark spotting of ‘distinguished’ faces as part of pareidolic experiences. Recurring themes include that of Jesus or Virgin Mary or even of worldly but equally popular, or unpopular, figures like George Washington or Adolf Hitler. And despite the fact that you are as likely to spot a certain celebrity as you are to come shockingly face to face with a Godly someone, there has been findings that assert somewhat of a correlation between the spiritual and the pareidolic. Religious people are more likely to see faces in ambiguous photos than atheists that has perpetuated yet another wholly exclusive term to refer to this tendency to perceive images with spiritual or religious themes or import as simulacra, that we however leave for discussion for another day.

Beyond the realms of the supernatural, it also is the more advanced world of the technological that has learnt, or rather has been made to learn, the many ways to eke out the pareidolic essence that can come to be dominant in any thing whatsoever. Occurring in computer vision, more specifically in image recognition programs, pareidolia has been effectively made to crossover beyond the human range of view despite how abstract a perceived phenomenon it happens to be. Stemming perhaps from the innate ability of the human brain to pick out familiar figures in any and everything as part of its evolutionary heritage or as likely to emerge as a result of human expectations, pareidolia reveals to some as miracles while to others it is more a playing out of the tendency to decipher human-like intention in everything around us. The former is more a residing in such considerations that evoke beliefs about the supernatural, explaining also to quite some extent how ghosts or spirits might come to manifest their existence in certain forms to us.

Despite however its residing in the range of human vision, or even a computer’s for that matter, in whatever realisation, the concept of pareidolia may extend also to the realm of sound. In being an auditory stimuli, pareidolia reveals to humans through such means that lead them to misinterpret arbitrary sounds and noises as something meaningful, like voices or music. Somewhat akin to backmasking that however is an intentional technique in recording music, the most popular example of either would be the Paul is dead urban legend where the words “Paul is dead” were deciphered when the Beatles song “Strawberry Fields Forever” was played backwards. Electronic voice phenomena might be another related line of auditory pareidolia even as this induced perception of seeing things in objects has been used as an attempt to gain insight into a person’s mental state through such ‘projective’ tests as the Rorschach inkblot test.

In all its overwhelming barrage of perception that permeates the shook human conscience, the science of pareidolia might possess the ‘power’ to put you off balance as far as the ‘normalcy’ of your senses is concerned. Yet, despite its perplexing, almost surreal premises, we all have been witness to such faces and beings and stuff that we decipher instantly even in just their outlinish essence. Sometimes subtle, sometimes more prominent- pareidolia has revealed itself to us all in varying premises and will continue to do so, whether that be as the eternal Madonna of the Toast or a certain angular Romanian Sphinx ‘facing’ us in all realness. 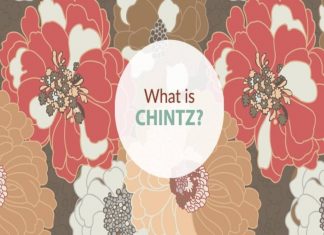 10 things that are America’s gift to the world