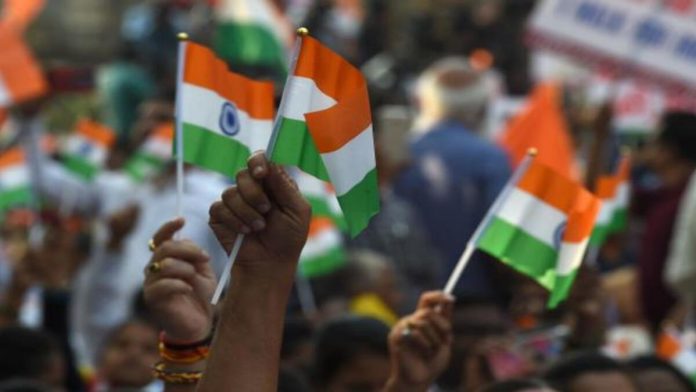 One wouldn’t be much inclined to such thought that hints politics of the modern times to somewhat ride on the back of some varying nature of science. And yet, the churn of the tech savvy world means that scientifically developed modules are what rules the world in all its spheres. Politics too hasn’t been any stranger to this holistic impact that the advancement of the ages has brought the world to, spanning therefore in prominence over such areas that cannot be traditionally regarded part of their dominion. As much as strategic mind games as it is about being out there physically, ever present for the voters in being, lest the workings of ‘out of sight, out of mind’ should come to wreak havoc on their prospects, politicians and political parties today cannot do without a team of intellectuals devising thoughtful strategies, curated with utmost care after sessions of identifying problem areas and potentially advantageous ones, deriving from facts and figures and yet dwelling also in the realms of the psychology, to shape the political campaigns of today that are so much more than mere adages of taking to the road to popularise a set party ideology and expect voters to be swayed by it, or at least by the claim of legacy that follows. And with so much exertion demanded out of something that bears the power to topple those at the top, what has emerged is a set up in the professional world that is identified as a political consultant, political strategist, election campaign management company and by a myriad of such associated terms.

And despite the phenomenal reach that these political strategists have been able to achieve for their clients- politicians and political parties that is- have been rather talked about in the Indian scenario ever since the present government under Prime Minister Narendra Modi came to assume power at the centre in 2014, the political campaign management industry had been taking root some years before across the country. But while the reality of these consultants as a physical entity, or at least in the conception of them, goes back to just some years over a decade, this modern election war room came to mark the political scenario of India again within the precincts of the BJP during the Atal Bihari Vajpayee era. But it had not been until the dawn of the 2010s that professional political campaign managers came to work wonders with their slew of data backed and technology based mechanisms of work, effecting a change in the political spectrum through meticulously worked out procedures deriving from an intensely detailed analysis of every single factor that holds the potential to affect outcomes of a process very democratic, yet very impressionable.

Emerging fast to becoming a permanent feature of the country’s election campaigns has been these political strategists of which India has seen a mushrooming growth over the last decade. And while the poll scene today is abuzz with a range of such campaign managers, and many have proved indeed to be quite efficient at delivering results hitherto unconceived of, the present day electioneering tactics that has come also to characterise India like many other countries of the world can be attributed, in all their massively result oriented work principle to Prashant Kishor, very often regarded the breakout poster boy of political consulting, especially in view of his role behind the Modi wave that had in fact propelled further this whole proposition through which elections have come to be marketed. Even prior to this though, Kishor had been instrumental in getting the then Gujarat Chief Minister Modi reelected to the CM Office for a third time in the Gujarat Assembly Elections 2012. But it was in creating the Citizens for Accountable Governance (CAG) in 2013 that Kishor set in motion the formation of an organised media and publicity company that would go on to be the key for the unprecedented outcome of the May 2014 general elections in India. Soon thereafter however, Kishor parted ways with Modi and in 2015 converted the CAG into a specialist policy outfit instead, the Indian Political Action Committee (I-PAC). Deriving its name from the US based lobbying groups which are designated as Political Action Committees (PAC), I- PAC has gone on to effect numerous such turnaround victories in Indian politics over the years, establishing Prashant Kishor firmly as the man and the mind that led to organized polity consultants yield tremendous significance and power within the entire political spectrum of India.

But despite the emergence of I-PAC as the breakthrough identity of an industry that had however been in existence even before it, it still is true that the entire country’s election manifesto has also owed its unconventional run in power of recent times to a couple other such names as well. In fact, one of the first political consulting firms to achieve public prominence was Viplav Communications Pvt Ltd. in 2009 when it helped Naveen Patnaik and his party Biju Janata Dal sweep the Odisha Assembly Elections.

Following suit was DesignBoxed that began its journey in 2011 as a content development and digital marketing before diversifying into the sphere of political digital media campaign management with the 2017 Punjab Assembly elections and has since then helmed a number of electoral assignments in the digital space, with mind boggling results. Under the able direction of its founder Naresh Arora, DesignBoxed and its crew of some 200 plus members has delivered successful campaigns during the Punjab Assembly, Parliamentary, Municipal Corporation, Himachal Assembly and Shahkot By- Elections- a journey that has seen the company effect spectacular results in a rather short period of time, leading it to be awarded the Excellence in Political Campaign Management by India News Punjab. What however sets DesignBoxed apart from its counterparts in the race, even when being emergent from similar premises of the work ethos, is the particularly challenging route it chartered, whether by choice or through the workings of destiny. Singlehandedly spearheading the Congress election campaign across states where the party wasn’t really in the most comfortable of positions, a challenge compounded further by the party’s virtually non existent presence on social media, Arora and DesignBoxed have acquired for themselves a reputation that derives from their aggressive campaign management, designed around ideas very real even when they sound more than good enough to be true. Also the digital media expert of Punjab Govt’s drug fighting outfit Special Task Force(STF), Arora in particular has been leading from the front when it comes to demonstrating what the most tactically thought out strategy can help achieve for political figures, even in the face of umpteen odds.

Having thereby already managed to cause quite a few stirs in the political scenario of a handful of states, rendered remarkable especially in its area of work that prodded on upon through chances that were virtually non- existent, DesignBoxed has established itself as a formidable player along the political campaigning trail. And behind such phenomenal understanding of the mass approach that has made the company the rapidly expanding jaunt it has turned out to be in the digital marketing industry is the hands- on work module of it, led by an entrepreneurial Naresh Arora who does not concentrate solely on outreaching through social media, immersing instead into every aspect of the process that processes the gains out for everyone to see. As an identity that is transforming the pursuit of the political from mere strategy to a sequential application of it and thereby making the workings of democracy a happening more interesting and thereby more involved, DesignBoxed and all such similar concepts of the digital world of the modern times can turn out be an unique alternative within the realms of the pillars of democracy.

So evident had been the change in fortune of political parties attributable to numerous such campaign management companies that even in the lead up to the 2014 general elections, which is ideally the point when the industry gained wider recognition in the scope of it, the political consulting industry in India was already worth some US$40–47 million with an estimated 150 firms actively operating all across the country. Expanding even further and specially over the years that followed and the number now has doubled to 300, with names like Political Edge, Lead Tech, PoliticaIN, Chanakyya and numerous other fast emerging to gain ground in an industry not in the bit traditional, by electioneering standards or otherwise. With names that reflect their core principle of how they cater to all things political even without being political themselves, these firms and companies are doing ‘business’ in a market that is ever expanding, given how ‘lucrative’ a career of sorts politics has turned out to be.

But even in catering to the exerting demands of a field commanding of as much astuteness as politics, it is quite surprising that the majority of these campaign management companies were started by folks who weren’t really involved with politics. With IITians and MBA graduates mostly at the helm of affairs of the players within the industry, it goes without saying that politics has ceased to be a matter reserved only for those pledging their loyalty to particular ideologies. Far more involvement is demanded of those who possess the skill and the techniques to ascertain the manner in which analysed facts and figures could be aligned with ideals and made to fit aspirations so that the ensuing outcome is one that can be ‘dictated’ in part by a commitment to designing such strategies conducive to the needs of the voters. The mechanism of it all is way more technical and intricate than what you would expect from a process of polity, especially in a country where elections are played out on a ground of emotions that run high during such times when it comes to governance for the individual as well as for greater good. But understanding the sentiments of the voters and the dynamics at play again is the core issue here, which is helped to quite an extent by effective analysis of data. Also, even when elections are a limited time affair, that too setting in after specific intervals of a few years, political consulting is still a full time job, more challenging even than other routine professions, given how unpredictable the stage of the elections always has been. In working out an enthusiastic process of chalking out goals that are in sync with the concerns of the common man and devising means for every element of the party to connect to all and sundry and keep them engaged, strategising elections is a year long game. Beginning from pre poll times and continuing well after results have been delivered, or even when they have not been delivered in exact terms, this daunting prospect of revolutionising democracy isn’t anything of a light exercise in diplomatic coaxing. With more factors than ever emerging every single day that can affect poll results, often unpredictably, ranging from the strictly developmental to the exclusively local or the ones driven solely by such basis of religion and caste and creed, poll management is no ordinary job. Often a gamble as unsure as the tussle for power but that which can be led in a definite direction with proper management and efficient execution, managing election campaigns and the associated entities thereof is a scope of work that is institutional yet vibrant, taxing yet rewarding and unconventional enough to be making waves in the times to come, both in and beyond the sphere of the polity. 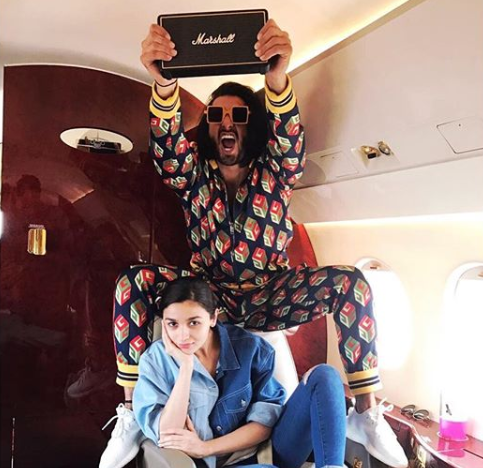 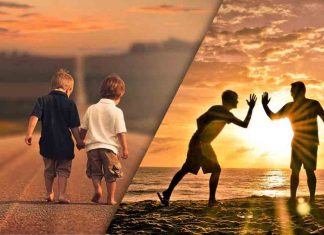